The growing funding and investments by key market players drive the electric vehicle market growth. Ford had previously stated that it would invest $11.5 billion in electrifying its vehicle lineup between now and 2022. It recently claimed that it had upped its spending on driverless and electrified vehicles to help boost vehicle sales in the face of ongoing lockdowns. Mercedes-Benz also confirmed that it will release 25 new plug-in hybrid electric vehicles and entirely electric cars by 2025. Companies' diverse product offers have attracted many customers, resulting in an expanding market for electric vehicles. 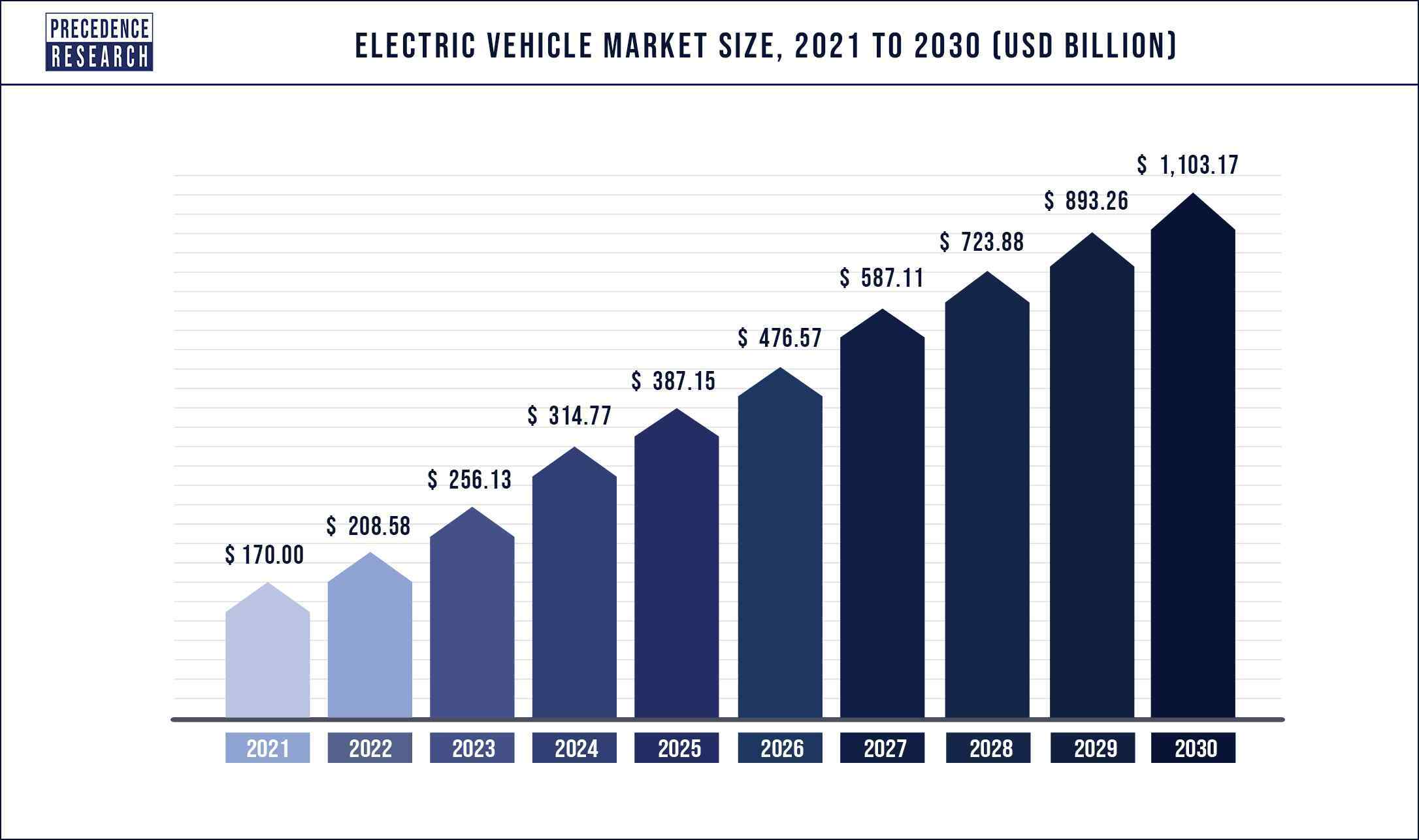 A significant number of initiatives taken by the government of various countries, such as tax rebates, subsidies & grants, and other non-financial benefits in car registration and access to carpool lanes expected to drive the sale of electric vehicles in the coming years. For instance, in November 2019, German car manufacturers raised their cash incentives for electric cars to move away from the transition from combustion engines to battery-powered engines to reduce harmful emissions. Countries such as the U.S., China, and different countries in Europe, have registered significant growth in the sale of electric vehicles in the past few decades that, in turn, will contribute to the market growth.

However, lack of charging infrastructure, variations in setting load & lack of standardization are some significant factors hindering the market growth. Different regions, such as China, Europe, the U.S., Japan, Korea, and others, have different standards for electric vehicle charging. Some electric vehicle manufacturers, such as Tesla Inc., are focusing on global standardization of charging infrastructure to overcome this drawback. Nevertheless, the rising adoption of electric vehicles in government and commercial sectors is anticipated to drive the market. For instance, in 2020, the U.K. government approved 200 electric buses with an ambition to make all buses fully electric by 2025, which could save nearly 7,400 tonnes of CO2 every year.

The market of electric vehicles is likely to be affected positively by the recent trend of self-driving trucks. Furthermore, the top OEMs, similar to Volvo, Daimler Vera, and Tesla, are among others that have been developing automatic-driving electric vehicles for the market. Therefore, technology regarding self-driving will surge the demand for electric cars, in the long run, owing to the colorful advantages of decreased accident threat, easy use, and presence of value-added features. This technology is anticipated to develop in the coming 5-6 times. Therefore, the growth of self-driving electric vehicle technology will likely bring growth opportunities for the market in the forthcoming period.

Battery Electric Vehicles (BEV) led the global market and accounted for more than 66% of the overall revenue share in 2021. The significant growth of the BEV is mainly due to the potential benefits offered, such as control over greenhouse gas (GHG) emissions, energy security concerns, and control over local pollutants. This can be due to people's growing awareness of the environment and the benefits of battery electric vehicles. 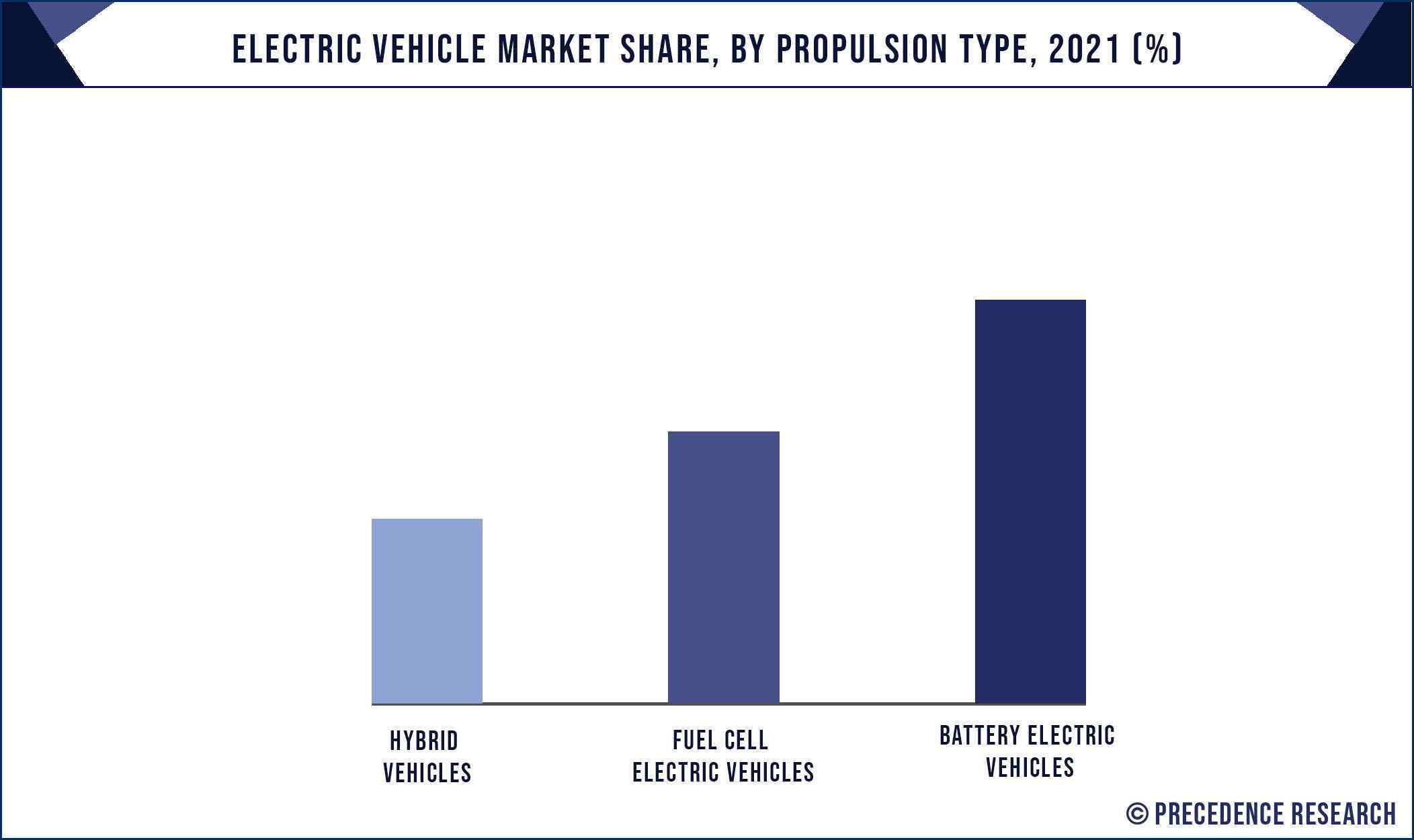 Moreover, the cost associated with BEV is more significant compared to the PHEV. The PHEV is expected to witness the fastest CAGR of around 43.5% owing to numerous benefits over BEV; some are low battery cost with smaller battery size and more extended driving range as they are equipped with liquid fuel tanks and internal combustion engines. Additionally, many EV manufacturers such as Volkswagen Group and General Motors are focusing on multi-platform technology with extensive attention towards PHEVs as they can be refueled at any gas station. At the same time, BEVs can only be charged at public charging stations, and public charging spots are far between and very few in the city. Thus, PHEV offers flexibility and freedom to drivers. In January 2020, Volkswagen AG increased its plug-in electric car sales by 60%, from nearly 50,000 to over 80,000 in 2019.

The fuel cell electric vehicles segment is anticipated to grow at the loftiest CAGR during the cast period. This segment's rapid-fire growth is substantially attributed to the adding demand for vehicles with low carbon emigrations, strict carbon emigration morals, and growing emphasis on the relinquishment of FCEVs owing to benefits associated with fast refueling adding government enterprise and investments for advancing fuel cell technology.

The light commercial vehicles segment is anticipated to grow at the loftiest CAGR during the cast period. This segment's rapid-fire growth is substantially attributed to the growing consumer awareness regarding the part of electric vehicles in reducing emigration, the surge in demand for electric cars to reduce line emigrations, and strict government rules and regulations towards vehicle emigration.

Based on end use, the electric vehicle market is segmented into private, commercial, and industrial use. The commercial use segment will likely grow at the loftiest CAGR during the forthcoming period. This segment's high growth is credited to the rise in fuel prices and strict emigration morals set by governments, the growing relinquishment of independent delivery vehicles, and the adding relinquishment of electric motorcars and cars.

Asia Pacific dominated the global electric vehicle market in 2021 and is expected to be the most lucrative region during the forecast period. China is the primary electric vehicle market globally, accounting for nearly half, i.e., 45% of the global electric vehicle sale. Other countries such as Japan, Korea, and India are also opportunistic markets as the governments of these countries are significantly investing in EV startups to promote the manufacturing and sale of EVs across the globe. In July 2019, the Japanese firm Mitsui & Co. invested USD 13.3 million in an Indian e-Vehicle startup, SmartE. The investment would help SmartE to bring multiple synergies in the global EV market for its long-term growth. Similarly, in June 2019, Toyota Motor Corp. invested USD 2 Bn to develop electric vehicles in Indonesia.

The governments of developing and developed nations are providing subsidies to market players, and stringent regulations are driving the growth of the electric vehicle market in the Asia-Pacific region. China's Ministry of Transport provides grants and other incentives for developing low-emission bus fleets, affecting the market even more favorably. Despite the COVID-19 outbreak, Chinese bus manufacturers sold 61,000 additional new energy buses in 2020. 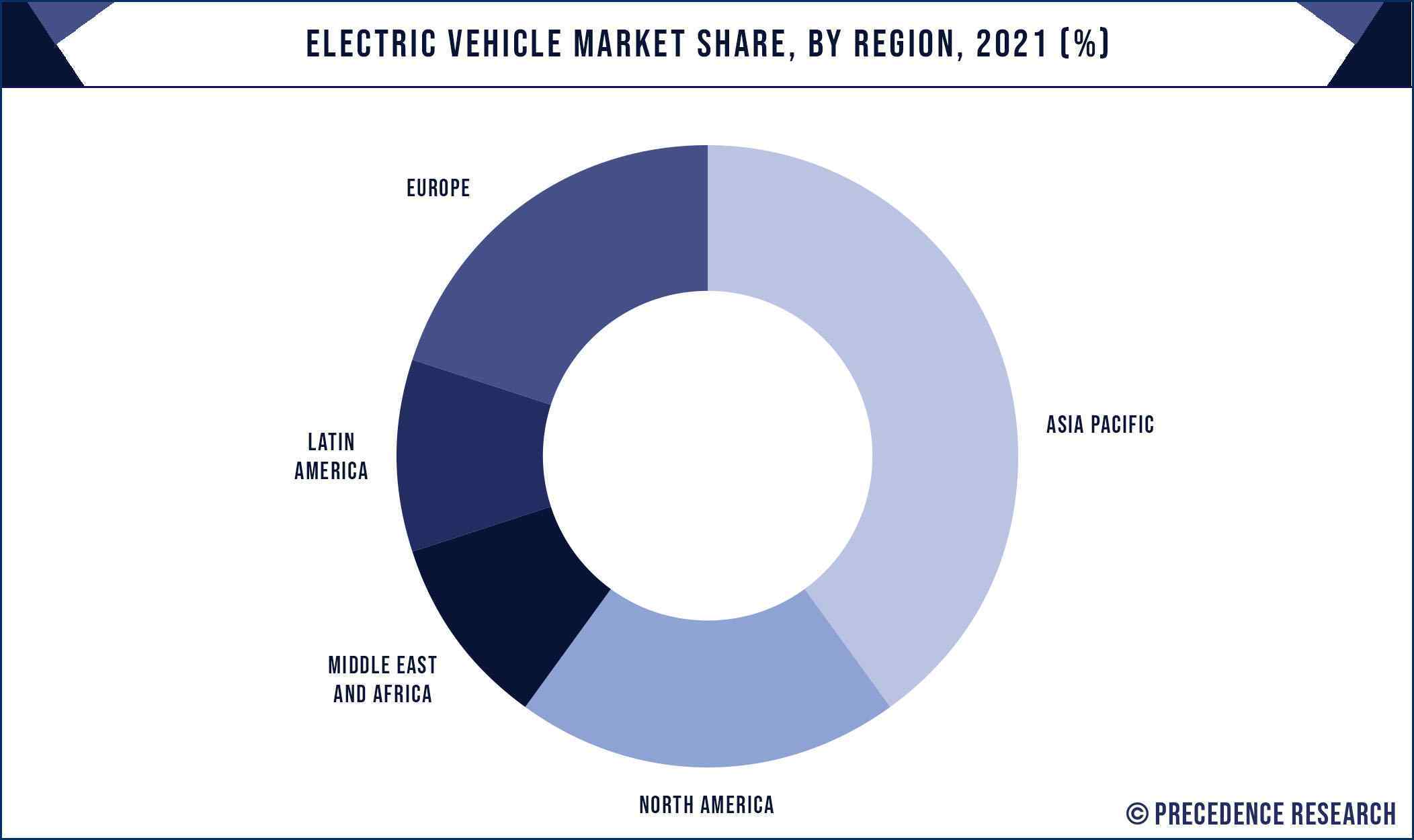 Europe and North America witness substantial growth in the global electric vehicle market. This is attributed to the increasing demand for electric vehicles in the U.S., Norway, France, and Germany. Germany and Norway are the leading markets in the European region, witnessing a CAGR of nearly 40%. Moreover, to promote electric vehicles in North America, policymakers, automotive manufacturers, and charging network companies have launched a non-profit organization called ‘Veloz.’ The organization aimed to attract innovation, investment, marketing, and growth in the electric vehicles market. Electrify America, a U.S.-based electric vehicle manufacturer, announced to invest of USD 2 Bn in Zero Emission Vehicle (ZEV) infrastructure across the U.S. over ten years from 2017 to 2027, out of which USD 800 Mn was invested in California, one of the largest ZEV markets across the world.

The upsurge in the growth of the electric vehicles market in the European region is highly attributed to the harmonious developments in implementing strict emigration regulations by the European Union and adding a focus on reducing the number of conventional buses. Norway leads the way for electric mobility relinquishment in Europe. The share of battery electric vehicles in new auto deals rose to 54.3% in 2020, which is anticipated to surpass 65% of the market share in 2021.

The global electric vehicle market is consolidated with high competition owing to the presence of many market players. The existing players are significantly focused on innovation and developing new models and technology to overcome the drawbacks and strengthen their roots in the global market. Some market players also invest in EV startups to boost their regional presence. In December 2019, an electric vehicle startup, Rivian, raised USD 1.3 billion in funds from Amazon.com Inc. and U.S.-based automaker Ford Motor Co.

Furthermore, rising initiatives from governments of several regions towards environmental depletion from CO2 emission have forced automakers to switch towards battery-powered or electric vehicles. Merger, acquisition, partnership, and joint venture are the strategies adopted by the companies to retain their market position. For instance, in March 2019, Alternet Systems, Inc. announced its merger and acquisition pipeline to expand electric vehicle technology innovation and production capacity. Some of the prominent players in the electric vehicle market include:

This research report estimates revenue growth at global, regional, and country levels and offers an analysis of present industry trends in every sub-segment from 2017 to 2030. This research study analyzes market thoroughly by classifying electric vehicle market report on the basis of different parameters including product and region as follows: