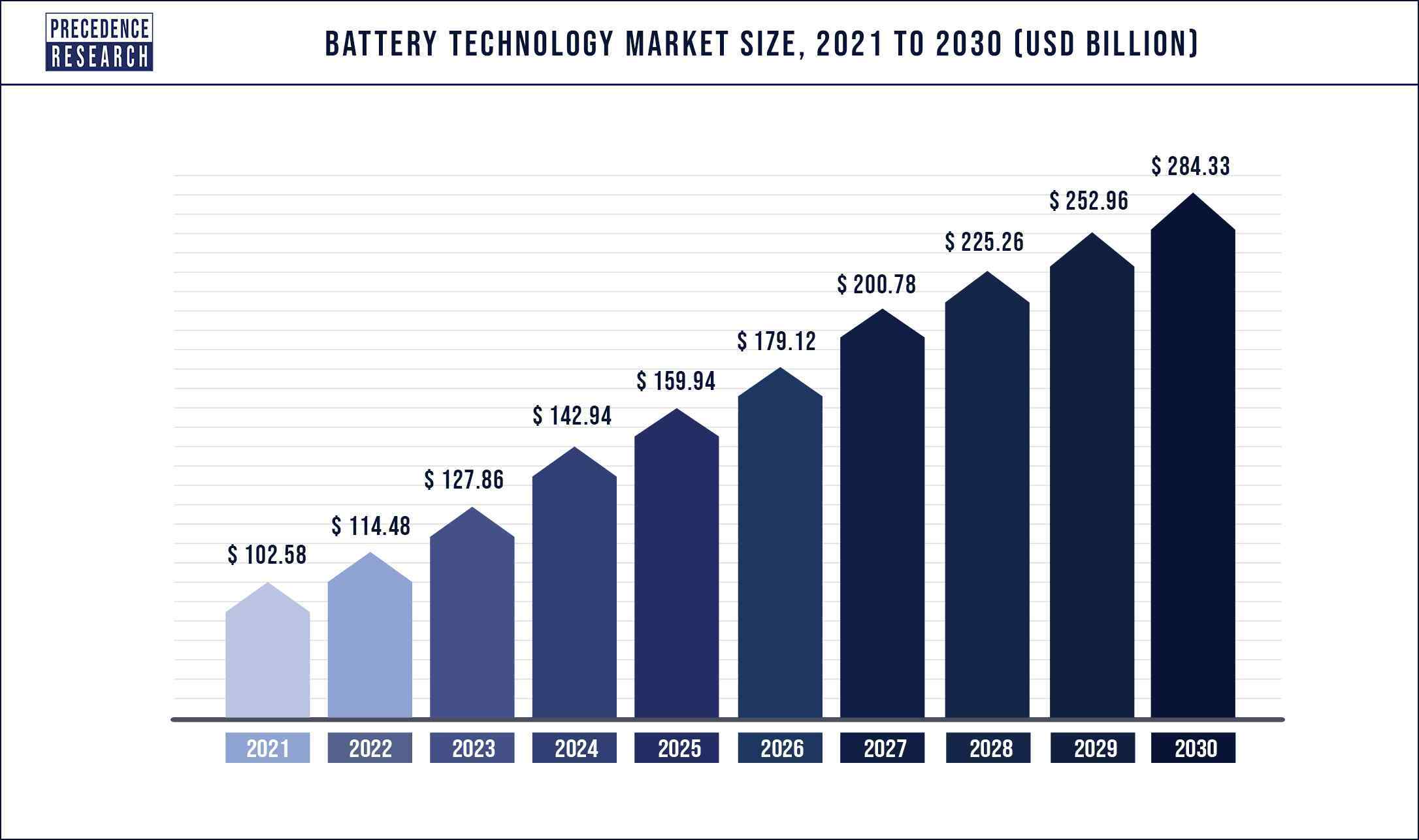 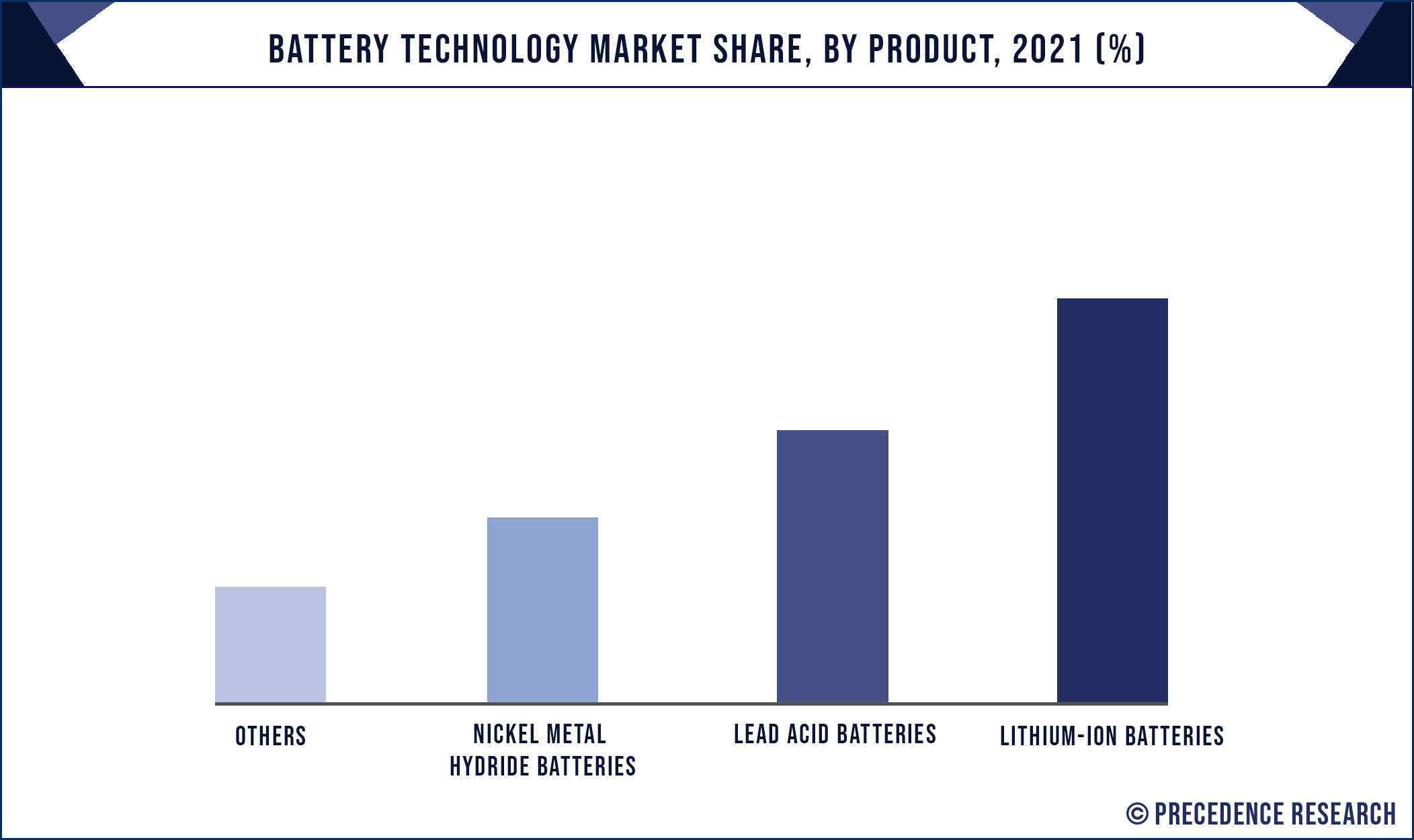 Asia Pacific was dominating the global battery technology market in 2021. This growth is attributable to the presence of top electric vehicle manufacturers in the countries like South Korea, Japan, and China. China is known to produce highest number of electric vehicles in the world. Furthermore the demand for electric vehicles is significantly high in China and it is rapidly growing in other developing regions owing to the rising government initiatives to promote the adoption of electric vehicles. Moreover, Asian countries like India, Japan, South Korea, and China are the top manufacturers of consumer electronics. The presence of top consumer electronics manufacturers in the region results in the high demand for the battery technology. Asia Pacific is the home to the world's largest population which creates a huge consumer base in the region. Due to the presence of huge consumer base, the growing demand for various products such as automotive, medical equipment, consumer electronics, and commercial and residential products that uses smart and automatic technologies is boosting the growth of the battery technology market in Asia Pacific. With the rising penetration of internet and other digital technologies, the Asia Pacific market is expected to witness a significant growth in the forthcoming years. The rising government initiative to promote industrial growth and the favorable government policies that attracts huge FDIs from the foreign countries is expected to foster the demand for battery technology in the forthcoming years. 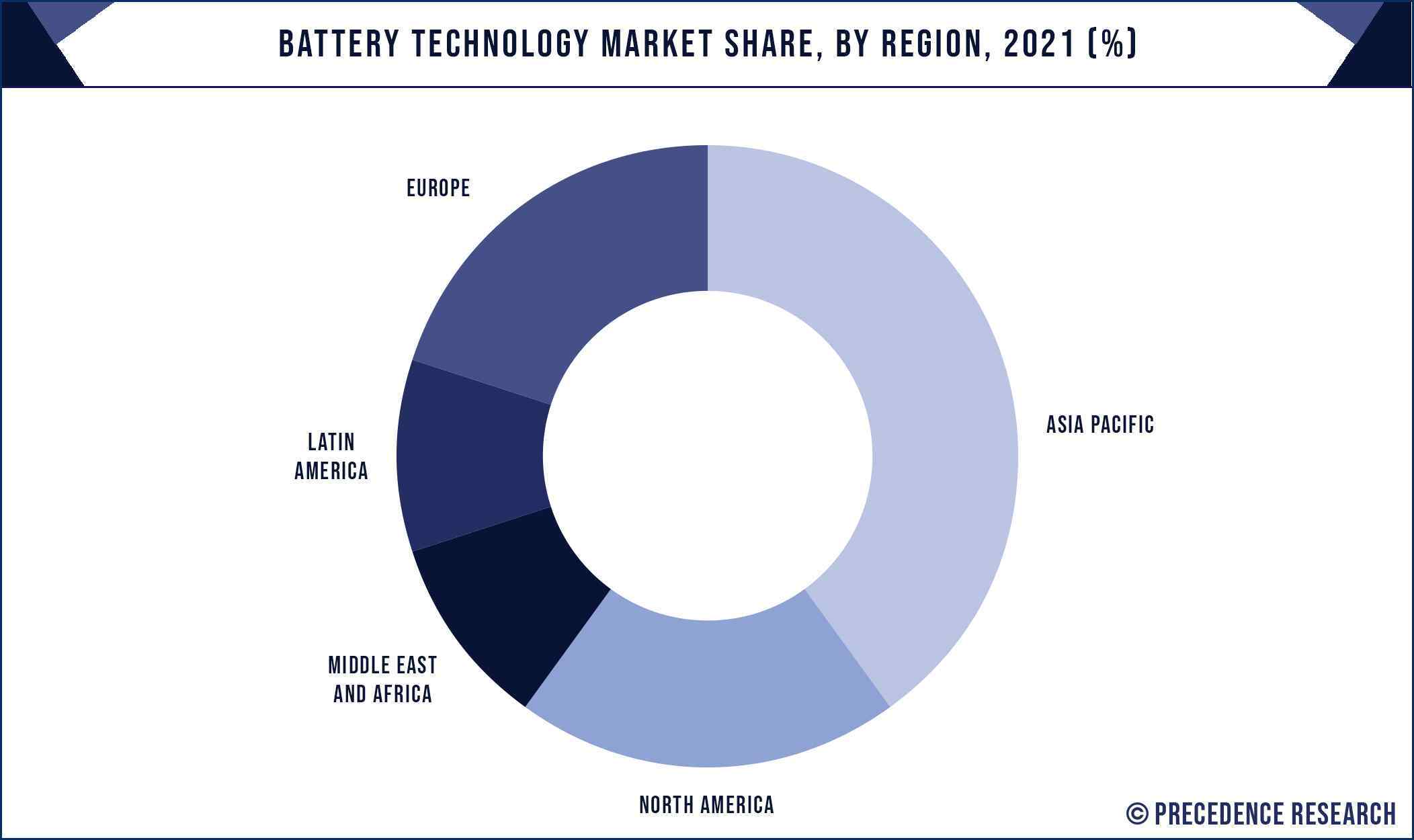 Europe is estimated to be the most opportunistic market during the forecast period. The industrial development in Europe has led to the adoption of automated technologies in various Industries including automotive, healthcare, food and beverages, and so on. The significantly growing demand for electric vehicles among the population in Europe is expected to foster the growth of the Europe battery technology market in the forthcoming years. The strict government regulations regarding environment protection and sustainable products coupled with the increased consumer awareness regarding the adoption of sustainable and green products is expected to drive the adoption of the electric vehicles and subsequently the demand for the battery technology is expected to grow significantly.

The battery technology market is highly fragmented with the presence of several top players in the market. These market players are constantly engaged in various developmental strategies such as mergers, joint ventures, business expansion, acquisitions, partnerships, collaborations, and new product launches to strengthen their position and expand their market share.

Some of the prominent players in the global battery technology market include: