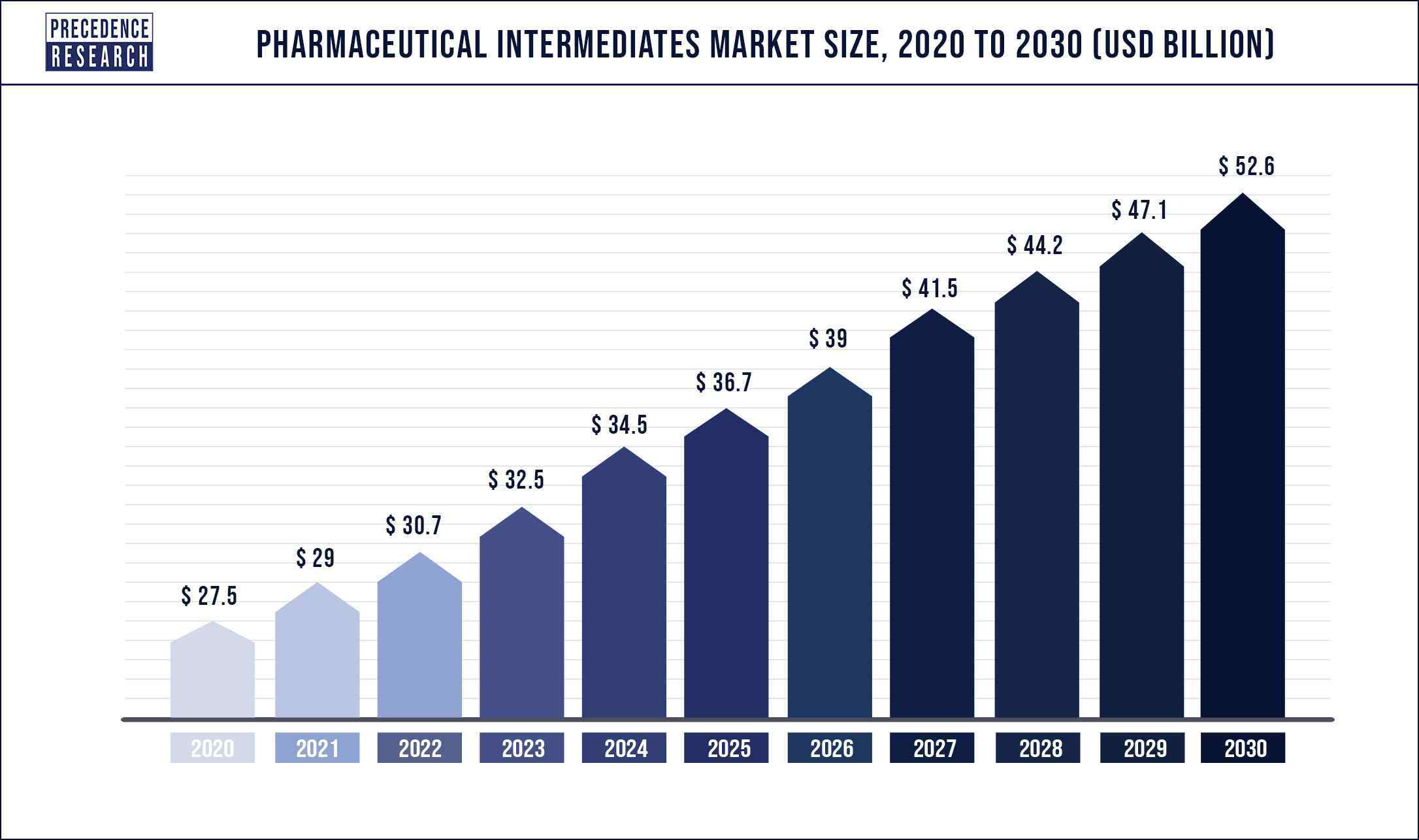 The rising prevalence of chronic disease and growing geriatric population are the primary factors that drive the demand for the drug development intermediates for the treatment of various chronic diseases. According to the World Health Organization, diabetes is a major cause of stroke, heart attacks, and kidney failure. Further, the geriatric population is expected to reach closer to 2 million by the year 2050. These factors drive the demand for the pharmaceutical intermediates across the globe. Moreover, the rising investments and government support in the developed nations like US, to develop and expand the biopharmaceutical industry to develop biologics and gene-targeted drugs for the treatment of various chronic diseases like cancer and leukemia are among the significant factors that contributes towards the growth of the global pharmaceutical intermediates market. Furthermore, the demand for the branded drugs and generic drugs is rising exponentially all over the globe owing to the rising burden of chronic diseases among the population that propels the growth of the market.

The rapid growth of the biopharmaceutical industry, which accounts for around 20% of the global pharmaceutical industry is expected to be one of the major growth drivers in the forthcoming years. The biopharmaceutical industry is gaining rapid traction owing to the development of various life-saving drugs that can cure cancer, tumors, and various other chronic diseases with minimal side effects. Thereby, people are increasingly adopting the biotechnological pharmaceutical products across the globe, especially in the developed regions like North America and Europe. Moreover, the rising adoption of the pharmaceutical intermediates across various research centers and institutes is expected to provide various growth prospects to the market players in the upcoming future. Further, the strict government regulations regarding the standardization and implementation of good manufacturing practices is playing a crucial role in boosting the credibility of the pharmaceutical companies across the globe.

Based on product, the bulk drug intermediates segment accounted largest revenue share in 2020. Bulk drug intermediates are extensively used for making active pharmaceutical ingredient (API). API is the key ingredient used in the manufacturing of drugs that gives the desired therapeutic effect. Moreover, government initiatives to promote and develop bulk drug parks is estimated to drive the growth of this segment. For instance, the Department of Pharmaceuticals prioritizes a list of 56 APIs under Make-in-India initiative. 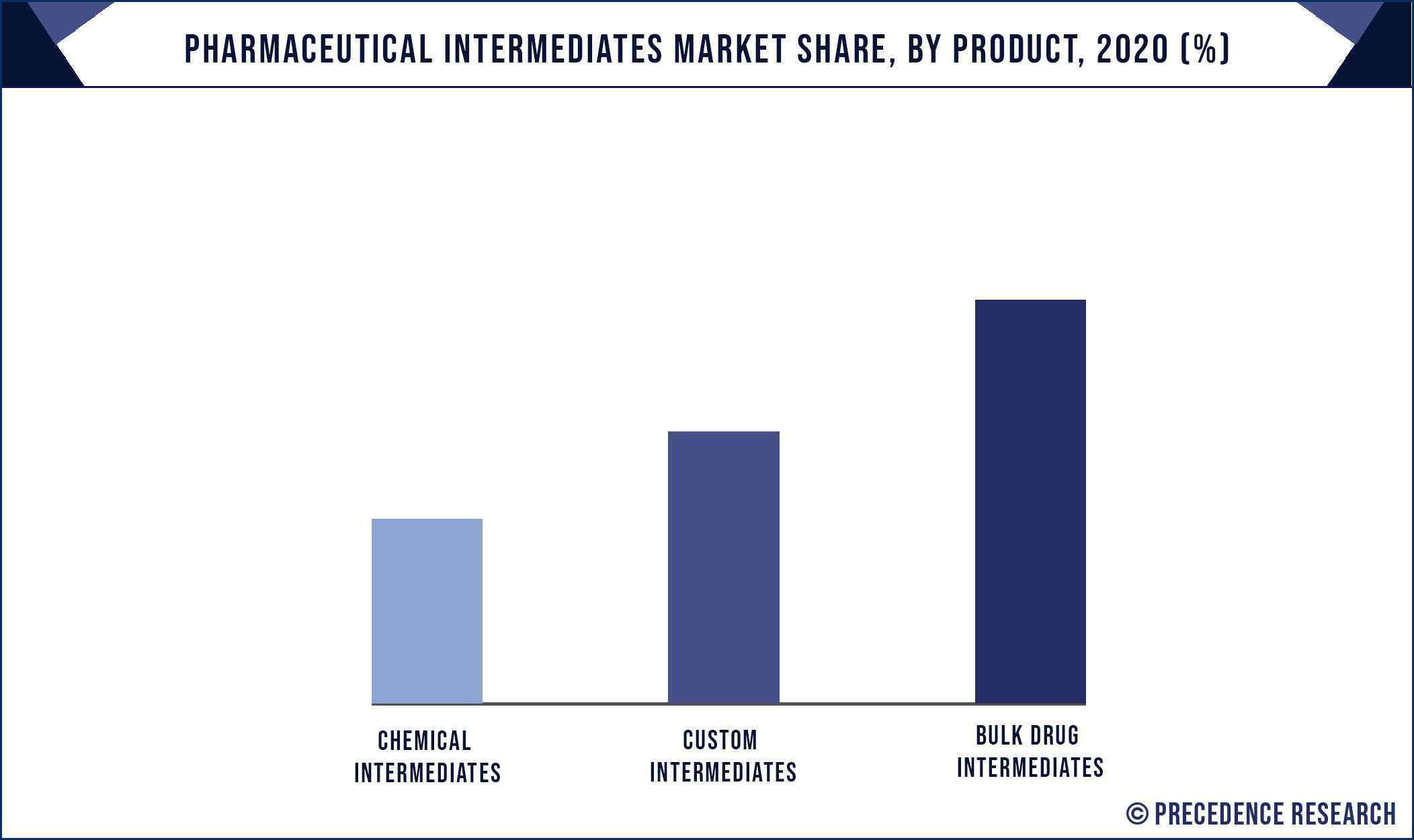 On the other hand, the custom intermediates is expected to be the fastest-growing segment during the forecast period. Custom drug intermediates means customization of specific molecule up to a certain scale to get the desired therapeutic affect or results. This segment is slowly gaining traction in the market.

Based on application, the analgesics segment accounted for around 30% of the global pharmaceutical intermediates market and is expected to sustain its dominance in near future. Analgesics are extensively used for the pain relief. The rising prevalence of chronic ailments such as arthritis, cancer, and cardiovascular diseases is boosting the growth of this segment.

On the other hand, the anti-cancer drugs is expected to grow at a rapid rate during the forecast period. This is owing to the rising prevalence of cancer among the global population.According to the International Agency for Research on Cancer, in 2020, around 19.3 million new cancer cases and 10 million cancer deaths were reported across the globe. Therefore, this segment is estimated to be the fastest-growing segment.

Based on end user, the CROs/CMOs segment lead the global pharmaceutical intermediates market in 2020, in terms of revenue and is estimated to sustain its dominance during the forecast period. The rising penetration and rapid growth of the contract manufacturing organizations and contract research organizations has significantly boosted the demand for the pharmaceutical intermediates for the production and research purposes of drugs. 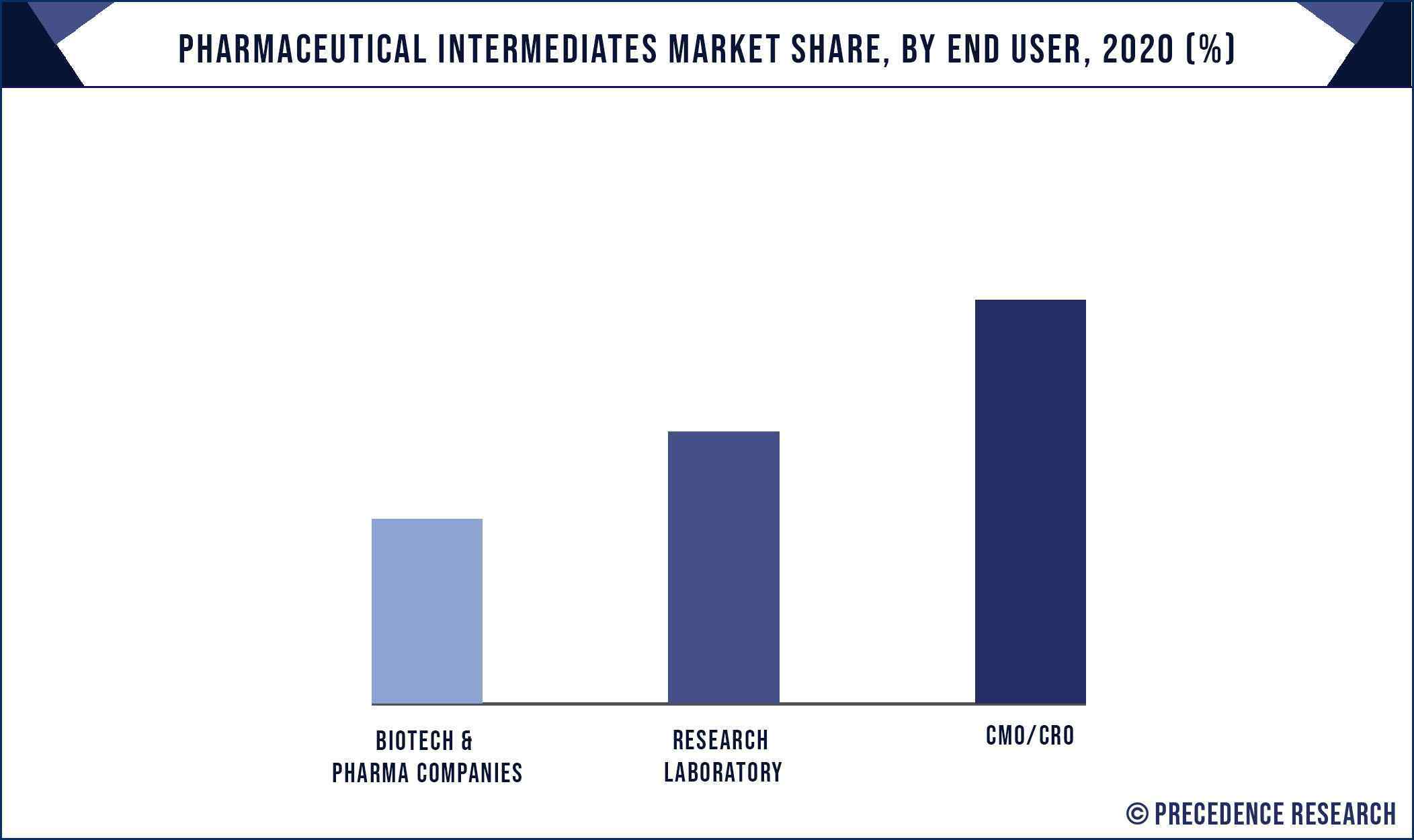 On the other hand, research laboratories are expected to grow at a rapid rate during the forecast period. The rising private investments in the research activities in the pharmaceutical industry for the development of new drugs is estimated to drive the growth of this segment. 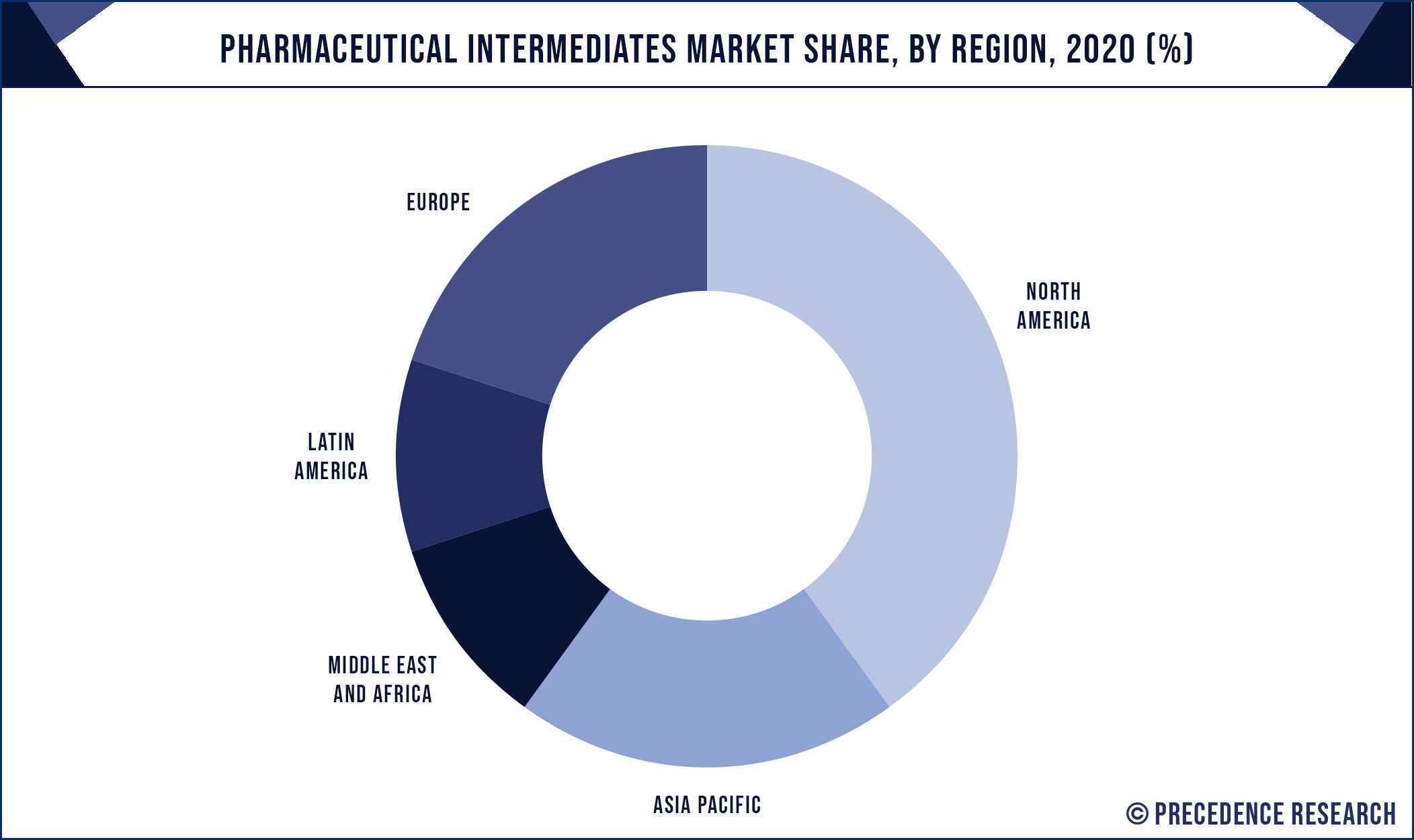 On the other hand, Asia Pacific is estimated to be the most opportunistic market during the forecast period. The rising investments by the market players to set up manufacturing facilities in the nations like China, India, Japan, South Korea, and Singapore owing to the easy and cheap availability of factors of production and favorable government policies is boosting the growth of the pharmaceutical intermediates market during the forecast period.

Some of the prominent players in the global pharmaceutical intermediates market include: