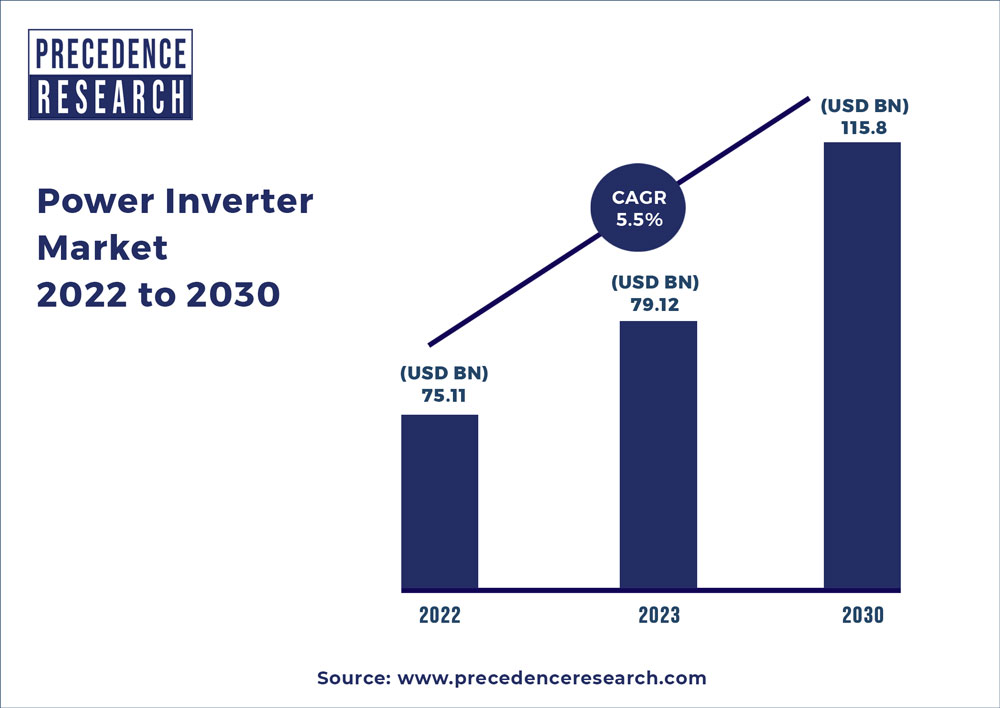 Based on the end user, the commercial segment is estimated to be the most opportunistic segment during the forecast period. This is attributed to the rising penetration of various commercial spaces like shopping malls, gyms, cafes, and various other units in developing and underdeveloped nations across the globe.

Based on the application, EVs/HEVs are estimated to be the fastest-growing segment during the forecast period. This is attributable to the rising demand for electric vehicles among the global population owing to the regulatory framework of the government that encourages the adoption of such eco-friendly commuting solutions.

Asia Pacific is the most dominant power inverter market and is estimated to be the fastest-growing market during the forecast period. Asia Pacific is characterized by rapid industrialization and urbanization along with the rising government expenditure on electrification and the development of infrastructural facilities. These factors are boosting the adoption of advanced power inverters in the region. Moreover, the growing penetration of commercial spaces in the developing areas of the Asia Pacific is estimated to have a positive impact on the growth of the power inverter market. Furthermore, the rising disposable income, improved standards of living, and growing demand for private passenger cars is boosting the demand for electric vehicles in the region. The rapidly growing electric vehicle industry in the region is expected to significantly drive the growth of the Asia Pacific power inverter market in the forthcoming years.

The governments in developing markets like India, China, and Brazil are significantly investing in the development of infrastructural facilities, urbanization, industrialization, and electrification of rural areas. The growing developmental activities will significantly foster the growth in the demand for power inverters during the forecast period. The rising demand for various consumer electronics and automotive electric vehicles is further expected to drive the growth of the global power inverter market, owing to the favorable government policies that encourage the growth of the electronics and automotive industries.

The high cost associated with power inverters is a major restraining factor that may restrict the growth of the market. The low affordability in underdeveloped countries coupled with the low access to common electronic products among low-income consumers may hinder the growth of the power inverter market during the forecast period.

Key Players in the Report:

You can place an order or ask any questions, please feel free to contact at sales@precedenceresearch.com | +1 9197 992 333