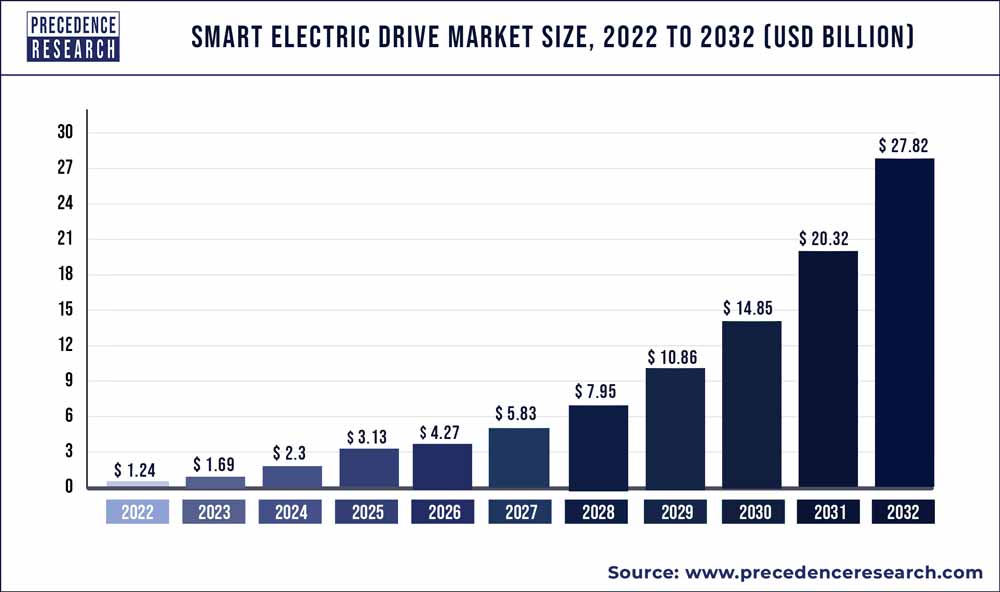 The need again for an intelligent fully electric industry would increase as a result of reasons thus the trend to electrical vehicles, the use of cutting-edge techniques in electric cars, govt regulations encouraging the use of electric cars, and falling Electric Vehicle Battery prices. The increased interest in adopting EVs during longer commutes would also help the industry. Automobile EV participants are now extremely concerned about the COVID-19 epidemic.

The automobile electric vehicle sector has come to a standstill due to the stoppage of car manufacturing and supply interruptions. For the upcoming several months, declining auto sales following the epidemic will cause serious importance to automobile EV OEMs. Furthermore, the use of advanced integrated elements in an automobile is predicted to lead to a large growth in the smart zero emission industry in 2022. Before that, this epidemic would cause slower-than-expected growth of such a sophisticated electrically powered industry because of decreased EV auto sales and just a sudden halt inside the new technology development.

The demand for smart drive systems is expanding as a result of worldwide electrical vehicles. Smart electric motors, that are using batteries as their source of electricity and withstand adequate transfer in vehicles, are indeed an improved or release phase of traditional power drive systems. Compared to traditional electrical machines, smart power drives are faster and improve driving dynamics. As a result, there are growing global necessity for sophisticated drive systems due to rising highway security and comfort standards. Furthermore, such motors guarantee optimized power use, leading to lower operating action costs than traditional e-drives, by utilizing cutting-edge elements like electrical machines, e-breaks boosters, and others. Moreover, the market for the best feature was projected to increase in the coming years because of the increased use of powered mobility owing to stricter environmental standards as well as a governmental drive to embrace EVs through offering subsidies & discounts for EV purchasing. Good integration is lighter and smaller than traditional motors, which improves a driver's effectiveness.

According to the OICA, a customer automobile is a motorized vehicle with a minimum of 4 sides and no and over 8 passengers. The Windows category, which encompasses hatchbacks, sedans, station wagons, sport utility vehicles (SUVs), cross vehicles, or other automobile types, seems to be the biggest in the automotive industry. Personal autonomous motors were automobiles that are powered by electricity rather than hydrocarbons like diesel, gasoline, or other types of gasoline. In addition to other powertrain elements, it utilizes Battery packs and steam turbines to drive the driver's rocket engine.

The clever electrically powered industry's electrical passenger vehicle category, which now commands the highest value, is anticipated to expand significantly over the next years. Owing to the growing popularity of powered mobility, there is a more need for transport vehicles. Electrical PCs are highly sought after in nations like China, whereas in H1 2021, Evs accounted for over 12% of total car sales. European nations intend to reduce their automobile pollution by 2035 as just a result of the tightening environmental standards. The main factors influencing the market are indeed the accessibility of a broad selection of devices, technological improvements, growing consumer knowledge, as well as the possibility of tax credits and subsidies.

E-wheel driving seems to be a seamlessly engaged electrically powered system that's also mounted in a driver's rear tires. It incorporates every element required for safe accelerating and braking. An air conditioning system, controller, electrical generator, brake, and charge controller are among the parts built into the drivetrain. As numerous elements are shifted towards the wheeler, among the main advantages of electric-wheel driving is increasing car capacity (up to 50%, as per Silver Car Conference). 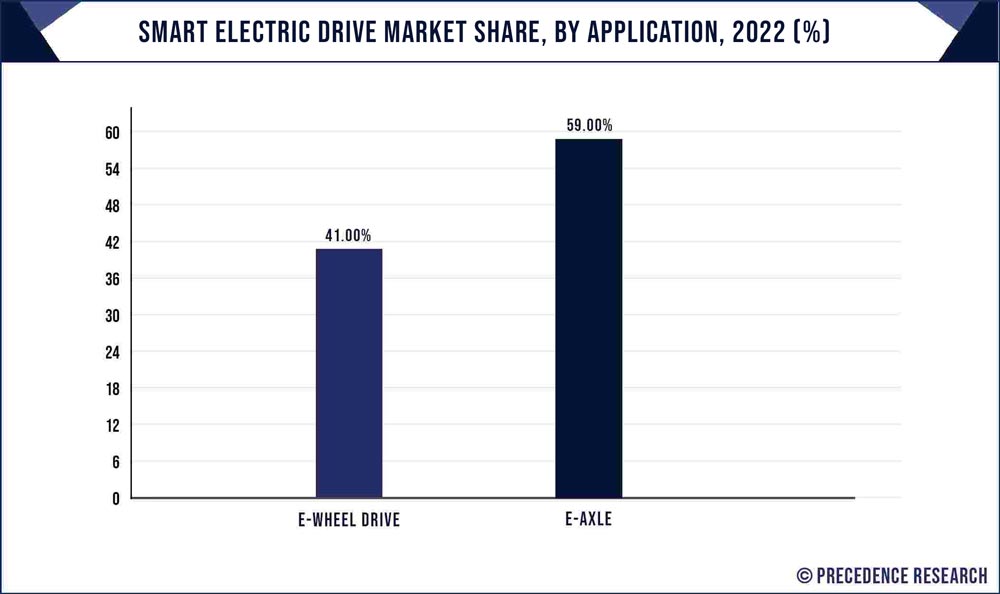 In particular, Gem Technologies' e-wheel driving package incorporates an EV powertrain technology that is 20% higher efficiency than typical EV powertrains. Nidec Company, Elaphe, Diverse, and Schafer are among further leading suppliers of e-wheel motors. An automobile that was designed for 2 individuals before may now accommodate four passengers thanks to the use of e-wheel power.

Additionally, because e-wheel power is integrated into the wheels, inputs to the system are delivered, allowing riding quick & secure. For example, the dual e-wheel motor from Design is placed inside the back wheel ring of a Ford Focus electrical. E-wheel power allows for agile and combustion travel. An e-wheel driving business is predicted to increase quickly as that of the automobile sector transitions to negligible automobiles and expands the capacity inside automobiles for those other uses.

The EV battery industry is forecasted to be among the highest in price because of the fact because EV batteries make up a sizeable amount of such price of both the EV motor. Organizations that have produced packs for inclusion in hybrid cars over decades include LG Chem, Samsung SDI, CATL, BYD, SK Innovation, and Panasonic. As a result, these currently supply a sizeable percentage of the economy's requirement for Energy storage technologies. Some EV battery companies, including BYD and Tesla, employ their Battery packs.

Asia - pacific region will see the greatest necessity for Battery cells since China is the most important EV market on the globe and since South Korea, Japan, and India were increasing significantly its EV demand. The need for Battery systems would increase as more people embrace better-integrated integrated technology for smarter hybrid vehicles. Among all of the target markets, its batteries sector is expected to develop at a rapid speed and provide the highest Addressable Market over the projected timeframe.

FWD cars also have transmission, single-piece engines, final drive gearing, and joint. In general, FWD cars are shorter compared to any of their competitors. Because the fact that FWD vehicles are often smaller and distribute the majority of their load over the rear tires, many current sedans, especially in the moderate and lower market segments, get this attribute. This offers a solid grip with superb balancing. Additionally, it aids in stopping. They also consume gasoline less effectively, irrespective of engine capacity, thanks to better grip.

FWD additionally offers more room for both freight and passengers. This FWD sector does have the largest market in comparison to the other two because of the benefits described previously, which will eventually increase a front-wheeled intelligent electrically powered industry for hybrid cars.

Another of the markets with the speediest demand for advanced drive systems will be the United States. Because of significant need in a number of its regions, the United States and Canada's best-selling EVs would dominate the region's automotive market. Because of its powered mobility, leading OEMs like GM and Ford are collaborating with companies including Hitachi, ZF, BorgWarner, LG, Magna, and others. As a result, in the upcoming years, the need for the industry for sophisticated drive systems would gradually rise. According to projections, its European regional industry will dominate the worldwide industry and account for just a strong competitive position during the projected timeframe.

The rapid development of battery packs, the implementation of stringent discharge controls by the govt, the rise in consumption for electrically charged battery packs, as well as the popularity of connector combinations as well as hybrid cars throughout the European region is just a slew of factors that contributed towards this country's increased growth. Additionally, the area is expected to prosper due to the forecasted market expansion in Europe thanks in large part to the electric car makers.