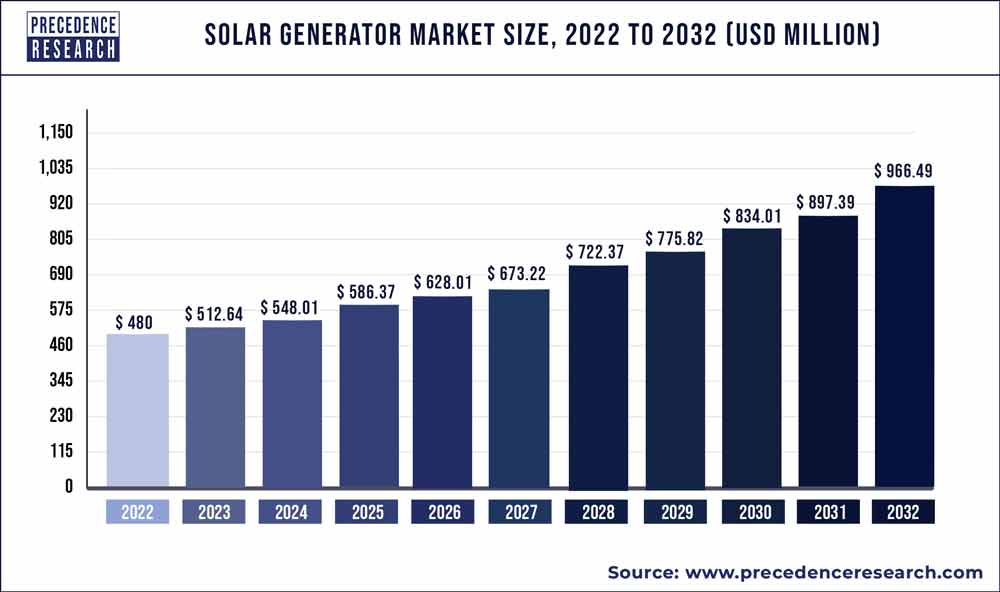 Increased developed technologies and new innovative features in the solar generator have increased the market to grow. Newly developed technologies and significant power storing generators for supplying the current and less dependent on the power supply. Photovoltaic cells utilizes solar panels on roof top or mounted in ground which involves converting the sunlight in to electric power. Concentrated solar power also called as concentrated solar thermal   which uses energy to make steam and conversion of energy in to electricity by a turbine. Solar generator does not emit any gases or fumes or any odors it is free from pollution but production of the panels led to pollution. Rapid urbanization and development of the countries with increased population and developed solar generators with different sizes, different types with increased demands from the market and increased consumer needs for installing the market.

Impact of covid-19 with imposed rules and regulations by the governments and lock down of the nation led to decrease of the market growth due to shortage of supply and ceased transportation after the recovery of the pandemic situation eventually led to increased solar generator market. The market players involved in producing and manufacturing and installing of the solar generators plays a major role in growth of the market with increased revenue share during the forecast period.

Segmentation of the solar generator based on the power rating it is divided in to up to 500W and more than 500W. The 500W portable solar generator market in the year 2021 was dominated and increase of the market during the forecast period.

Segmentation of the solar generator based on the basis of grid connectivity which involves off-grid and on-grid. On-grid connectivity involves solar panels installed in the local grid mostly utilized in residential sector. Off-grid solar system involves the inbuilt battery, having independent energy. It involves panels, battery, charger, and inverter. Increased demand for the use of off- grid solar generator with the use of traditional means of renewable source.