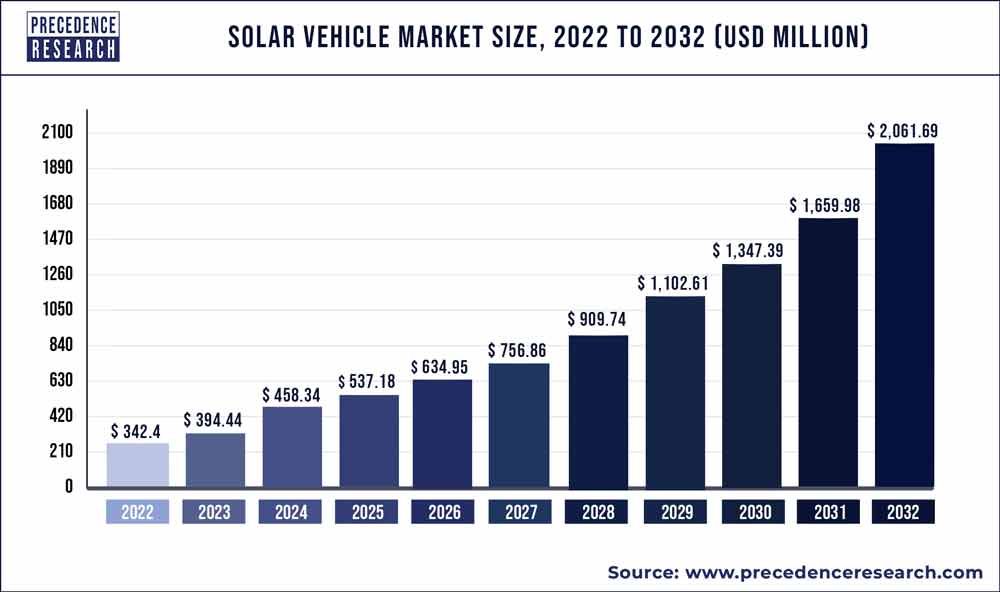 Scope of the Solar Vehicle Market

Based on the vehicle type, the passenger vehicles segment dominated the global solar vehicle market in 2020, in terms of revenue and is estimated to sustain its dominance during the forecast period. This is attributed to the increased adoption of the passenger cars among the population owing to the increased disposable income, increased environment consciousness, changing demographics, and increased demand for the sustainable personal commute solutions. Moreover, the rising popularity of the electric powered passenger vehicles across the globe is fueling the growth of the segment. The passenger segment will dominate in throughout the forecast period owing to the rising awareness among the population regarding the benefits of adopting renewable sources of energy as fuel for the vehicles.

On the other hand, the commercial is estimated to be the most opportunistic segment during the forecast period. The rising government investments in the development of the fuel efficient and sustainable public transport solution is resulting in the burgeoning demand for the alternative fuel vehicle across the globe.

Based on the electric vehicle type, the hybrid electric vehicle (HEV) segment dominated the global solar vehicle market in 2020, in terms of revenue and is estimated to sustain its dominance during the forecast period. This is majorly due to the ability of the HEVs to operate using different types and sources of fuel. The rising awareness regarding the drowning health of the environment owing to the rising level of vehicle emissions has significantly driven the adoption of the HEVs across the globe.

On the other hand, the BEV segment is estimated to be the most opportunistic segment owing to the rapidly growing infrastructure for the adoption of EVs across the globe. The market players are investing in creating an ecosystem for the EVs by setting up charging stations at various locations that may boost the growth of the BEV growth.

Based on the battery type, the lithium-ion segment dominated the global solar vehicle market in 2020, in terms of revenue and is estimated to sustain its dominance during the forecast period. This is attributed to the increased adoption of the lithium-ion batteries in the EVs owing to its light weight high energy density. Lithium-ion batteries have become a prominent battery in the EVs in the past few years and is also expected to be the fastest-growing segment as it provides longer range to the vehicles.

Based on region, Europe dominated the global solar vehicle market in 2020, in terms of revenue and is estimated to sustain its dominance during the forecast period. The presence of developed nations like Germany, France, and Italy, high disposable income, improved living standards, and increased awareness regarding the rising pollution levels are the major factors that propelled the growth of the solar vehicle market in Europe. Moreover, rising government initiatives to shift towards the clean transport is a major driving force that will fuel the growth of the market in this region.

On the other hand, Asia Pacific is estimated to be the most opportunistic segment during the forecast period. The stringent government regulations to restrict the carbon missions has significantly boosting the demand for the solar vehicle in the region. Moreover, the vehicle manufacturers are increasingly focusing on the production of the efficient solar vehicles that is expected to foster the market growth during the forecast period.

In July 2021, Lightyear and Valmet Automotive entered into an agreement to manufacture solar vehicles together and agreed to produce around 1,000 solar vehicles per year.

Some of the prominent players in the global solar vehicle market include: