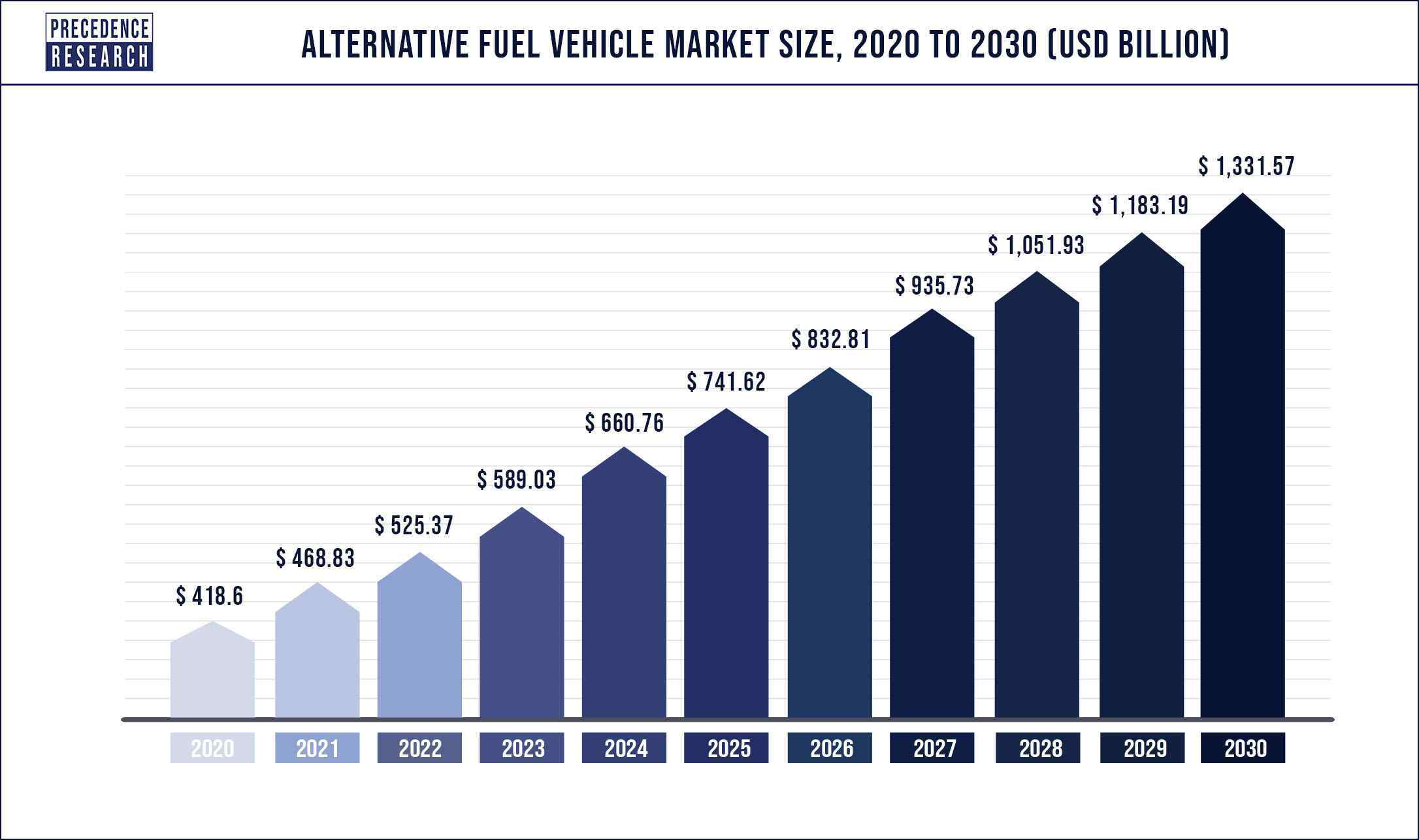 The rising popularity of the alternative fuel vehicles among the global population is driving the adoption of various alternative fuel vehicles. The higher dependence on the biofuels and the rising levels of air pollution owing to the carbon emissions has resulted in the adoption of the electric vehicles across the global markets. The automotive is a huge industry and the significant adoption of the vehicles among the population had highlighted the concerns over the depleting non-renewable energy sources. The biofuels have become expensive and also had great contributions in the deterioration of the environmental health. The government initiatives to reduce carbon footprint and the rising investments on the research and development of the eco-friendly and renewables sources of energy have encouraged the growth of the electric vehicle. Electric vehicle is gaining rapid surge in the popularity among the global consumers that is expected to drive the growth of the global alternative fuel vehicle market.

Based on the vehicle type, the passenger vehicles segment dominated the global alternative fuel vehicle market in 2020, in terms of revenue. This is attributed to the increased adoption of the passenger cars among the population owing to the increased disposable income, improvements in the standard of living, changing demographics of the middle-class, and increased demand for the personal commute solutions. Moreover, the rising popularity of the electric powered passenger vehicles across the globe is fueling the growth of the segment. The passenger segment will dominate in throughout the forecast period owing to the rising awareness among the population regarding the benefits of adopting alternative fuel vehicle on the environment. 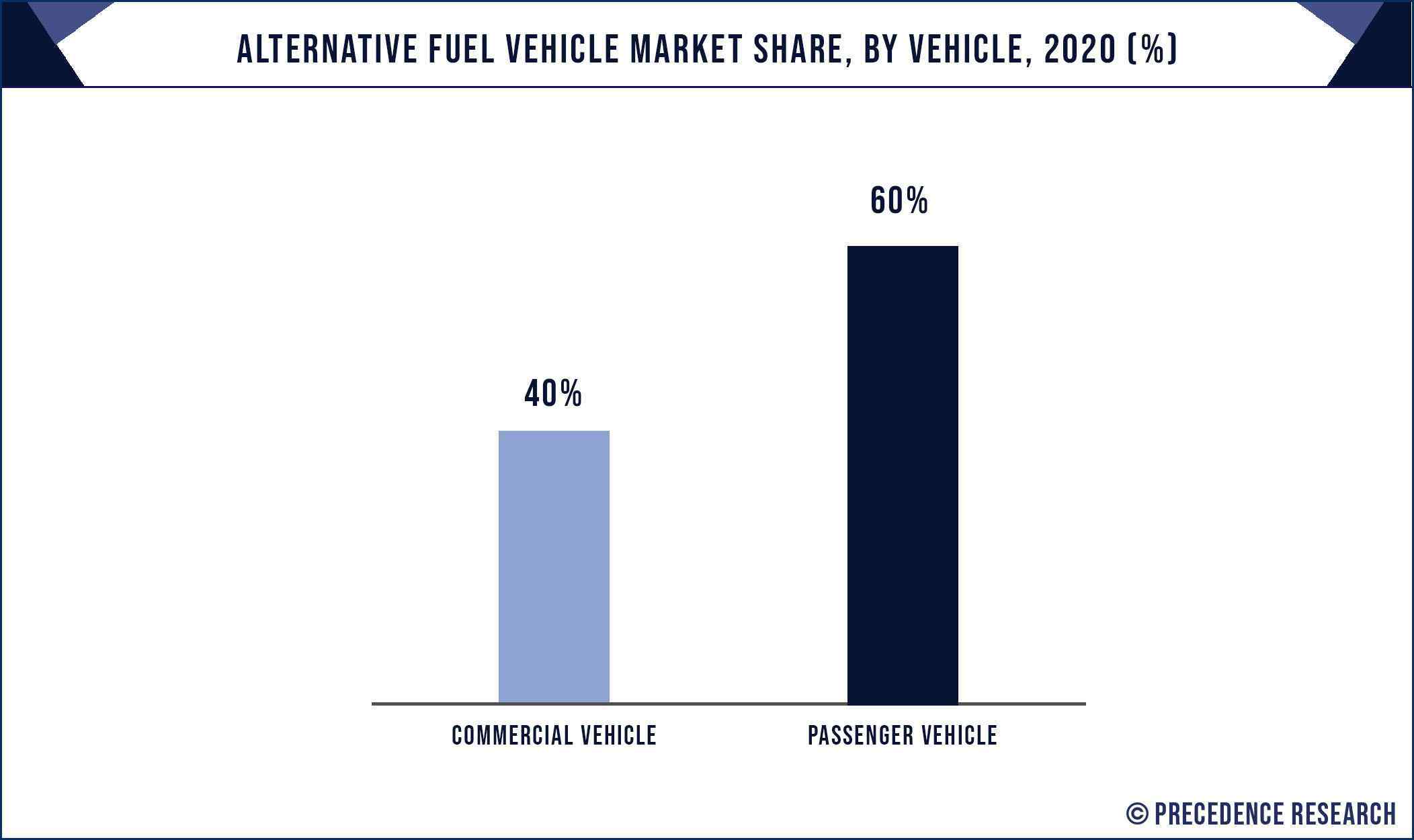 On the other hand, the commercial is estimated to be the most opportunistic segment during the forecast period. The rising government investments in the development of the fuel efficient and sustainable public transport solution is resulting in the burgeoning demand for the alternative fuel vehicle across the globe.

Based on the fuel type, the electric segment dominated the global alternative fuel vehicle market in 2020, in terms of revenue and is estimated to sustain its dominance during the forecast period. This is mainly due to the eco-friendly nature of the electric fuel as it produces no carbon dioxide, sulfur, and nitrogen. Furthermore, the high subsidy provided by the government in order to encourage the agenda of reducing carbon footprint across the globe is fueling the growth of the electric fuel. Moreover, the adoption of the electric fuel is empowered by the global shift towards the clean energy and rapidly decreasing oil reserves. The burgeoning popularity of the electric vehicles among the population and rapidly growing adoption rate is further expected to drive the market growth and hence this segment is expected to sustain its dominance throughout the forecast period.

On the other hand, gas fuel segment was the second most prominent segment after the electric segment. This is attributed to the low emission of greenhouse gases as compared to the traditional fuels like petroleum and diesel. Moreover, it has low freezing engine problems and starting problems unlike the petrol and diesel engines. It offers more cost efficiency and ease of storage that propelled its adoption in the alternative fuel vehicle market in the past years.

Based on region, Asia Pacific accounted largest revenue share in 2020. The presence of developing nations like India and China, rising disposable income, changing demographics of the consumer, improving living standards, rapid urbanization, and growing awareness regarding the rising pollution levels are the major factors that propelled the growth of the alternative fuel vehicle market in Asia Pacific. The rapid industrialization and development of this region is resulting in the increased pollution levels which fosters the adoption of the alternative fuel vehicle in the region. Moreover, rising government initiatives to shift towards the clean transport is a major driving force that will fuel the growth of the market in this region.

On the other hand, North America is estimated to be the most opportunistic segment during the forecast period. The stringent government regulations to restrict the carbon missions has significantly boosted the demand for the alternative fuel vehicle in the region. Moreover, the vehicle manufacturers are increasingly focusing on the production of the efficient alternative fuel vehicles that is expected to foster the market growth during the forecast period.

In September2019, Ford Motor collaborated with Electrify America to offer ultra-fast charging for their electric vehicle.

Some of the prominent players in the global alternative fuel market include: