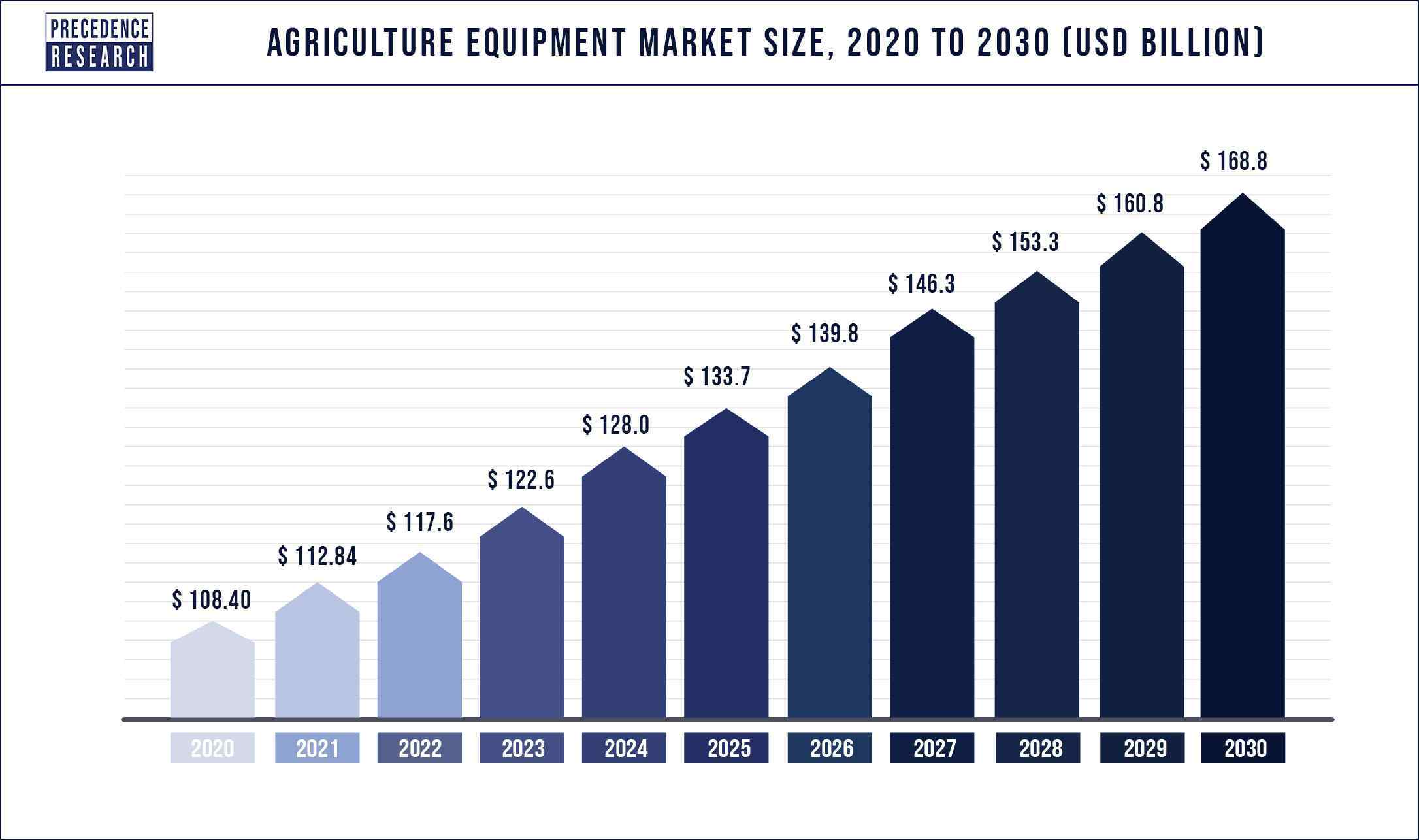 By product type, the tractors segment led the market with notable revenue share of more than 25% in 2020 and is expected to retain its dominance throughout the forecast period. This is attributed to the increased use of tractors in the primary and basic agriculture activities such as ploughing, harvesting, sowing, harrowing, and transporting. 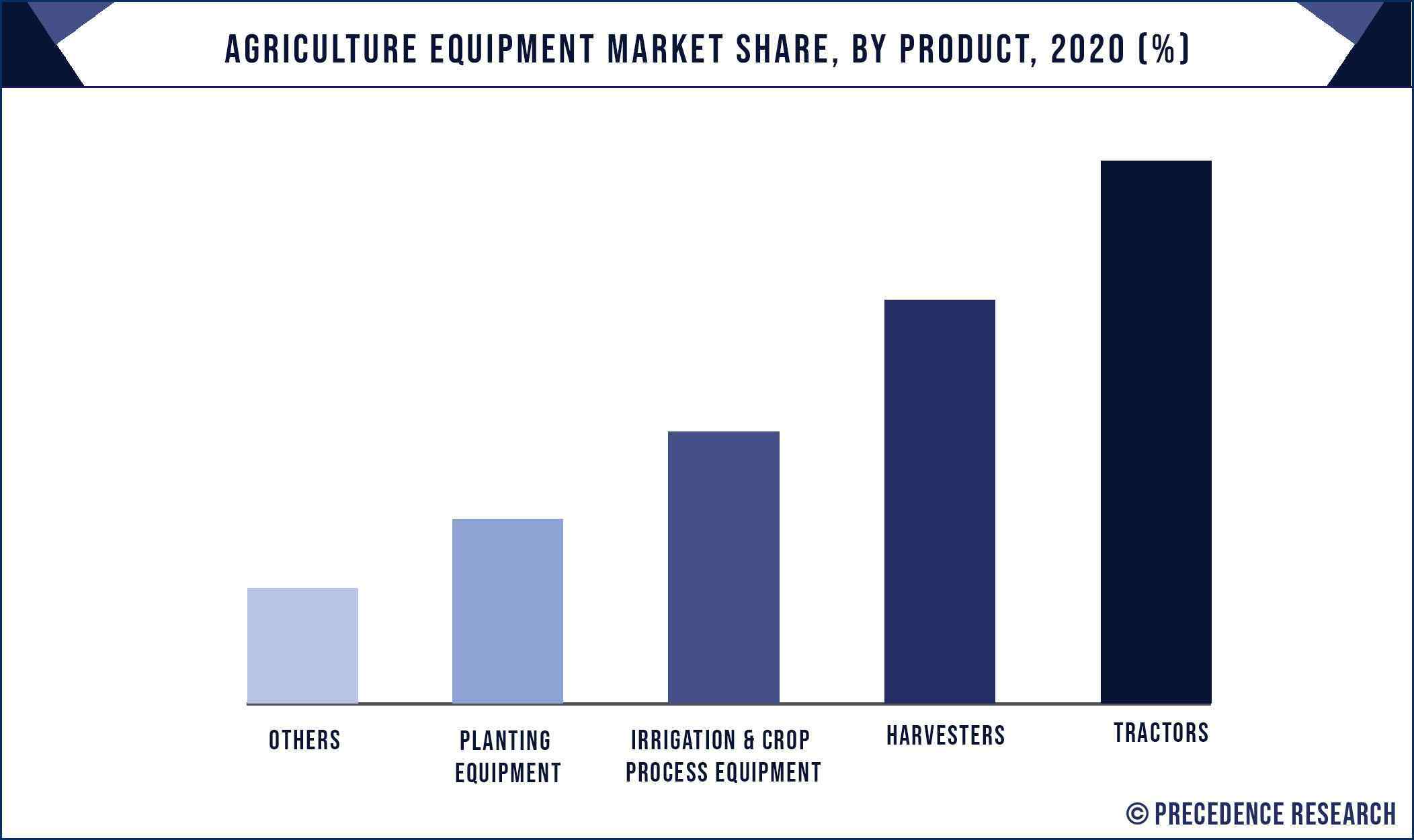 On the other hand, the harvesting segment is expected to hit fastest CAGR during the forecast period. The increasing trend of mechanization is expected to propel the growth of the harvesters segment. Harvesters help in higher yields with limited dependency of the labors.

By application, the land development segment dominated largest revenue share of more than 20% in 2020 and is expected to retain its dominance over the forecast period. The higher dependency on the labor as agriculture is a time taking process and labor-intensive sector is major factor behind the growth of this segment. The increasing cost of labor coupled with the lack of labor is fostering the growth of this segment.

On the other hand, the plant protection segment is estimated to witness highest CAGR during the forecast period. This is due to the growing importance of plant protection. The increasing demand for food and the higher yields are obtained by implanting proper modern mechanized equipment for protecting the plants.

By automation, the manual segment led the market with largest revenue share in 2020 and is anticipated to retain its dominance throughout the forecast period. This is attributed to the extensive use of labor in the major agriculture based developing and underdeveloped economies. Agriculture is a labor-intensive industry and hence the higher usage of labor in agricultural activities from the ancient times had resulted in its higher market share. 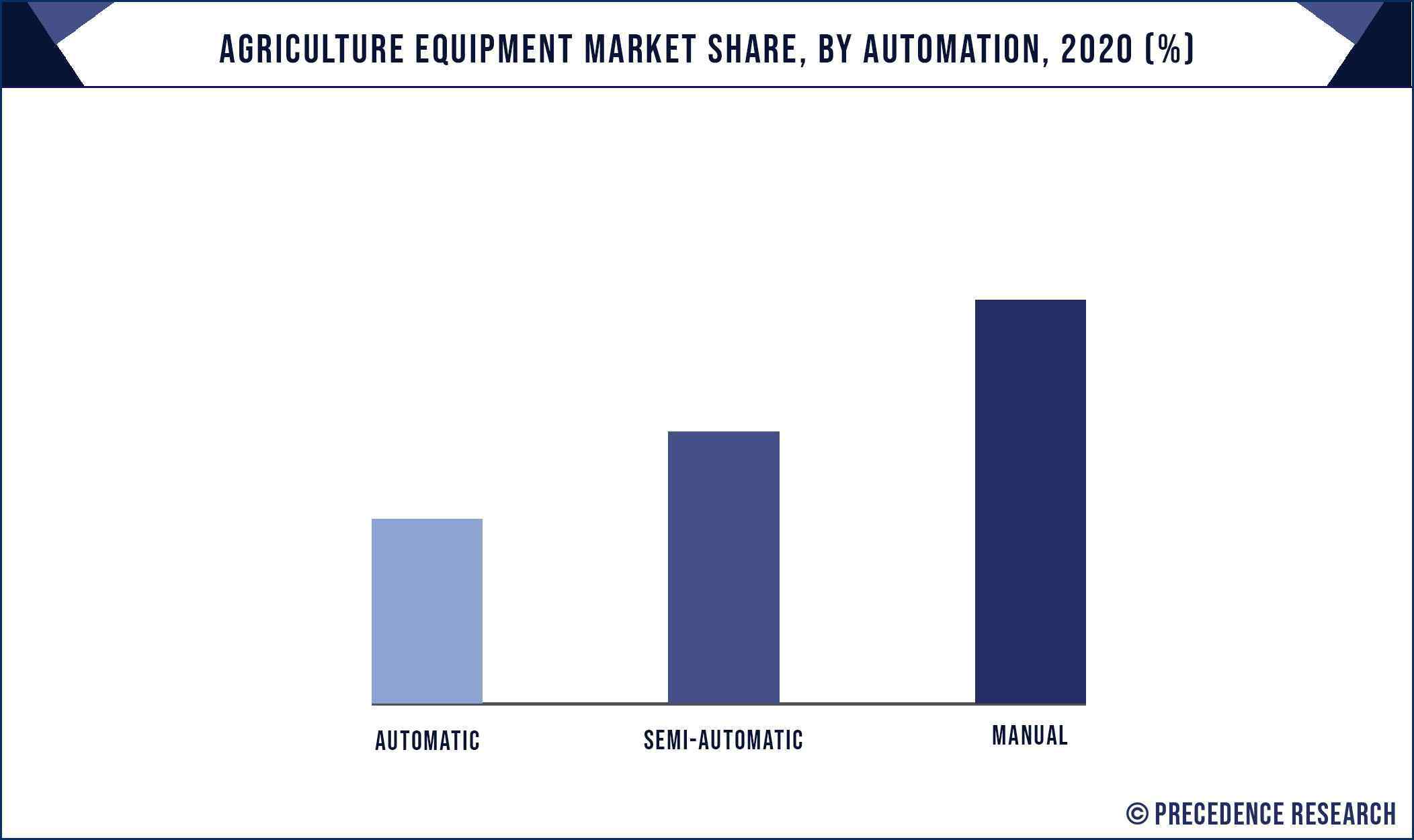 Based on the region, the Asia Pacific accounted the largest revenue share in 2020 and is estimated to sustain its dominance during the forecast period. Asia Pacific is also forecasted to be the fastest-growing market during the forecast period. This is attributed to the strong and growing economy of the major countries such as China, India, and Indonesia. China itself holds a major market share of over 30%. Further, the rising awareness, higher population, increased dependency of the majority of the population on agriculture, and growing government initiatives to boost the agricultural development are the major factors that made Asia Pacific the dominant and the fastest-growing market for the agriculture equipment in the global market. 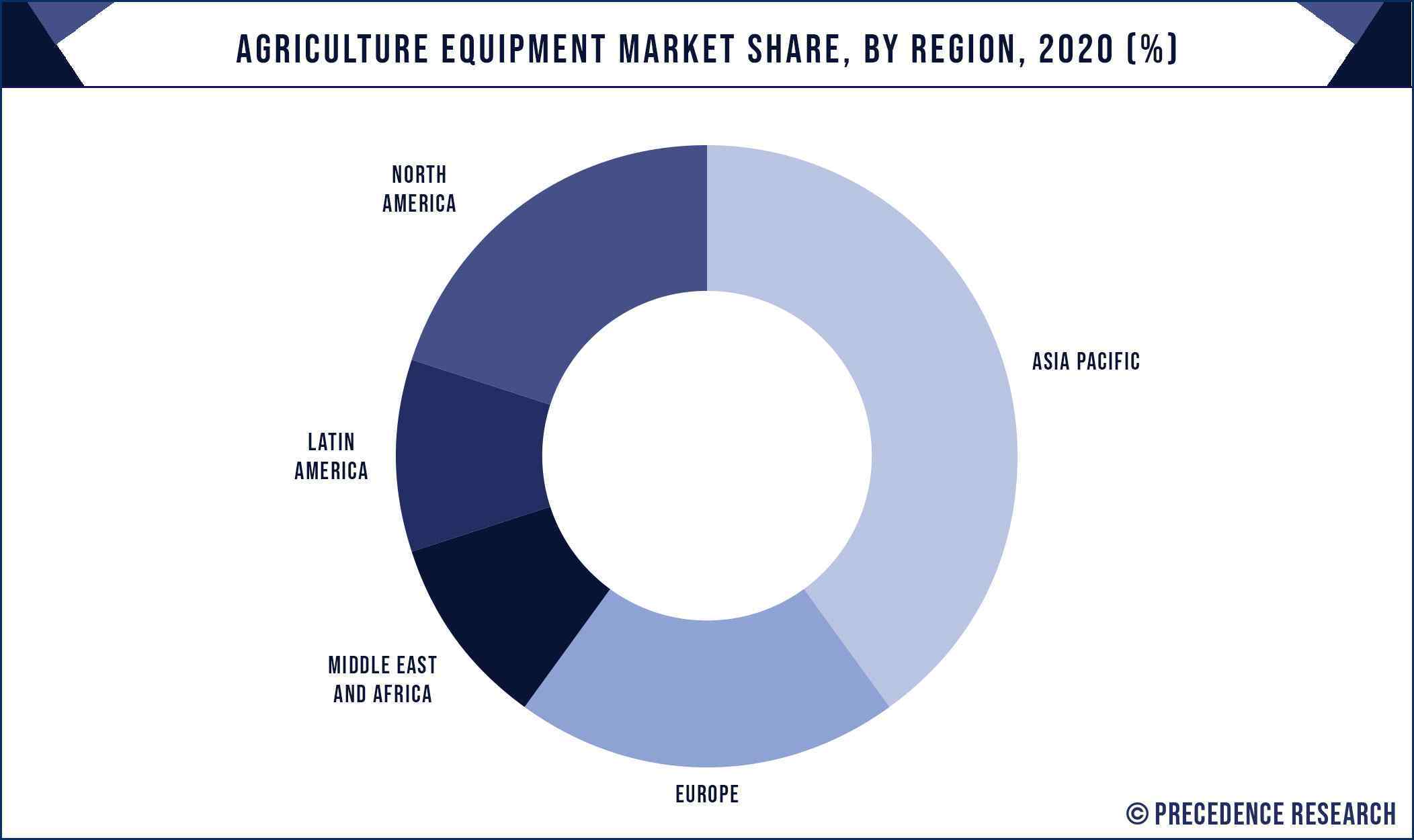 On the other hand, North America was the second largest agriculture equipment market and is expected to grow at a considerable growth rate during the forecast period. This is attributed to the increased penetration of automatic equipment in agriculture and higher and faster adoption rate of latest technologies in the region. The increased focus of the government by introducing technological advancements in the agriculture sector has fostered the growth of the agriculture sector in the countries like the US and Canada. Therefore, North America is expected to sustain its position during the forecast period.

The market is moderately fragmented with the presence of several local companies. These market players are striving to gain higher market share by adopting strategies, such as investments, partnerships, and acquisitions & mergers. Companies are also spending on the development of improvedproducts. Moreover, they are also focusing on maintaining competitive pricing.

In September 2019, CNH Industrial opened its service center in China. This development was focused on the expansion of the business in China and to deliver the products and services at less time to the customers.

This type of strategical developments adopted by the key players operating in the global agriculture equipment market will open new avenues and opportunities of growth during the forecast period.

Some of the prominent players in the agriculture equipment market include: