By product, the aluminium oxide segment led the global atomic layer deposition market with remarkable revenue share in 2020 and is anticipated to retain its dominance throughout the forecast period. The production of aluminium oxide thin film through atomic layer deposition helps to encapsulate organic light emitting devices or the OLEDs. The growing demand for the OLEDs from the electronic industry has significantly propelled the segment growth in the past years. 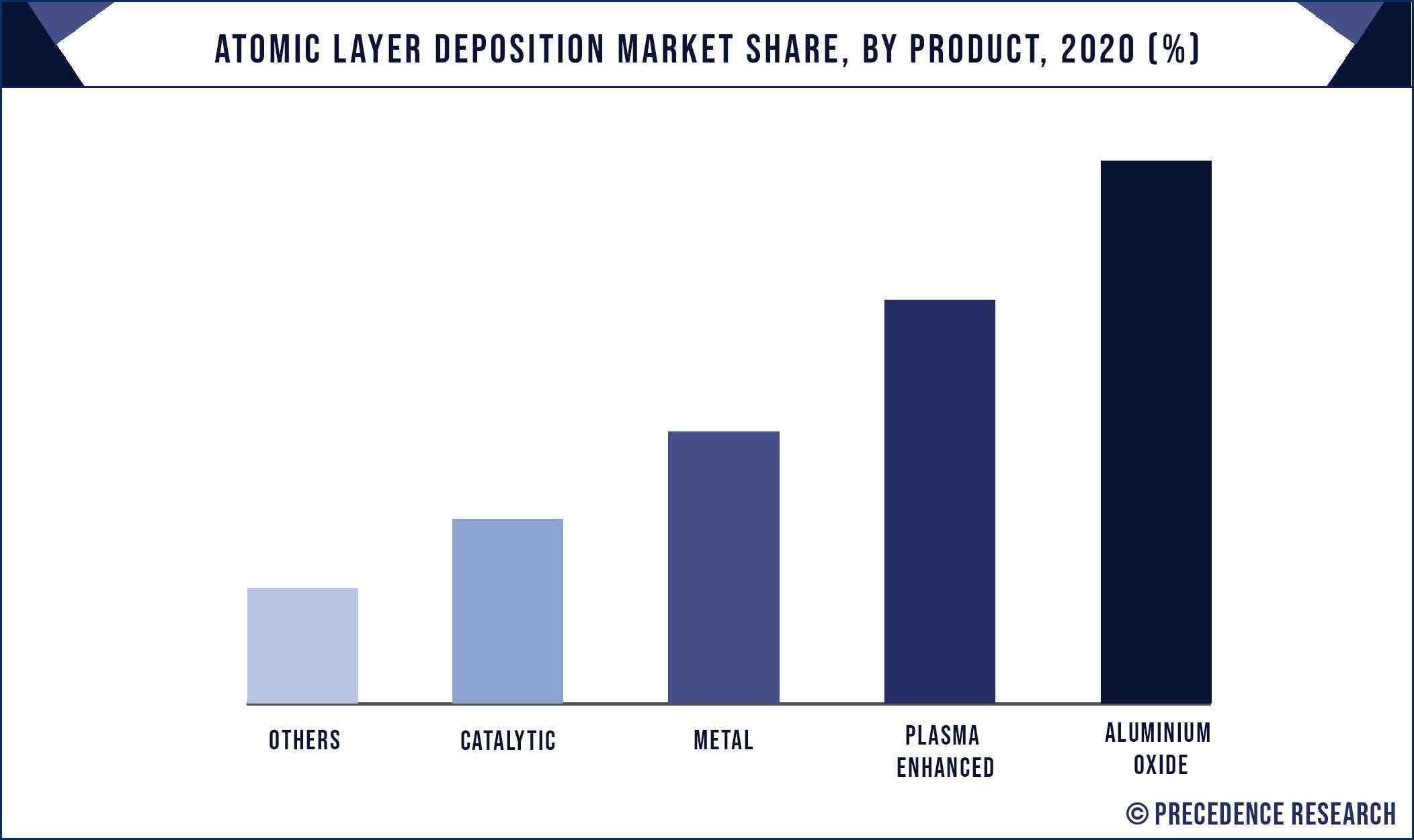 By application, the semiconductors segment led the global atomic layer deposition market with remarkable revenue share of around 40% in 2020 and is anticipated to retain its dominance throughout the forecast period. This is attributed to the extensive and growing usage of semiconductors in electronics, transistors, and integrated circuits. Semiconductors efficiently control the flow of electricity and have wide applications owing to its low cost, reliability, miniature size, and power efficiency. 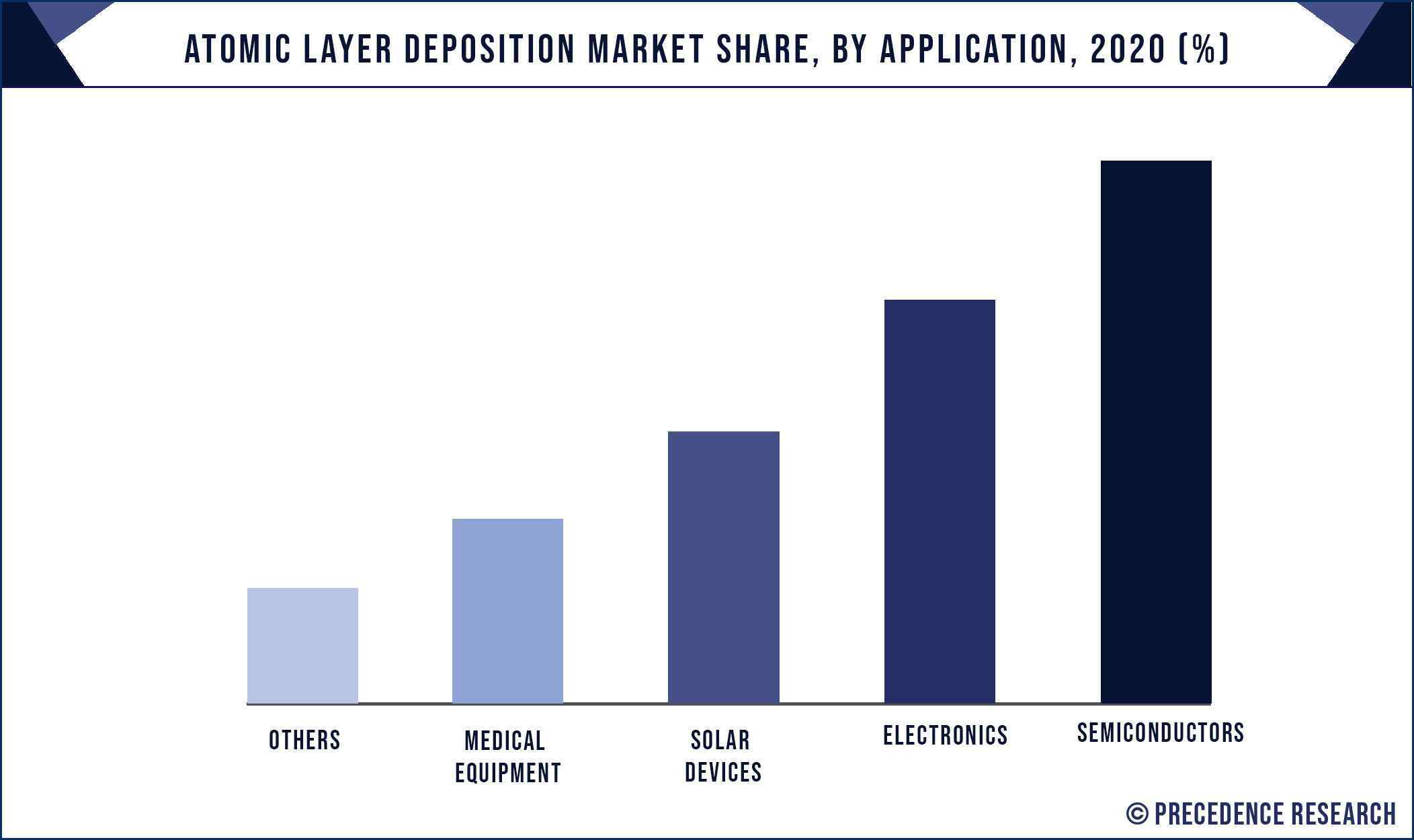 On the other hand, the solar devices segment is estimated to be the most opportunistic segment during the forecast period. This is attributed to the growing government initiatives to shift towards the extensive uses of green energy. The growing environmental concerns due to the emissions from the conventional devices and fuels. Therefore the growing popularity and adoption of solar devices is expected to fuel the growth of this segment during the forecast period.

Based on the region, the Asia Pacific dominated the global atomic layer deposition market in 2020, in terms of revenue and is estimated to sustain its dominance during the forecast period. Asia Pacific is the manufacturing hub for the electronics, medical equipment, semiconductors, and solar industries. The major economies such as China, Japan, South Korea, and Taiwan, where the production of electronics and semiconductors are huge, have resulted in an increased consumption the atomic layer deposition technique, thereby leading to the growth of the market in the region. The further investments and government policies in economies like India are attracting FDIs for setting up various industrial manufacturing units. This would further propel the consumption of the atomic layer deposition. Therefore, Asia Pacific is the dominating market and also expected to be the fastest-growing atomic layer deposition market during the forecast period. 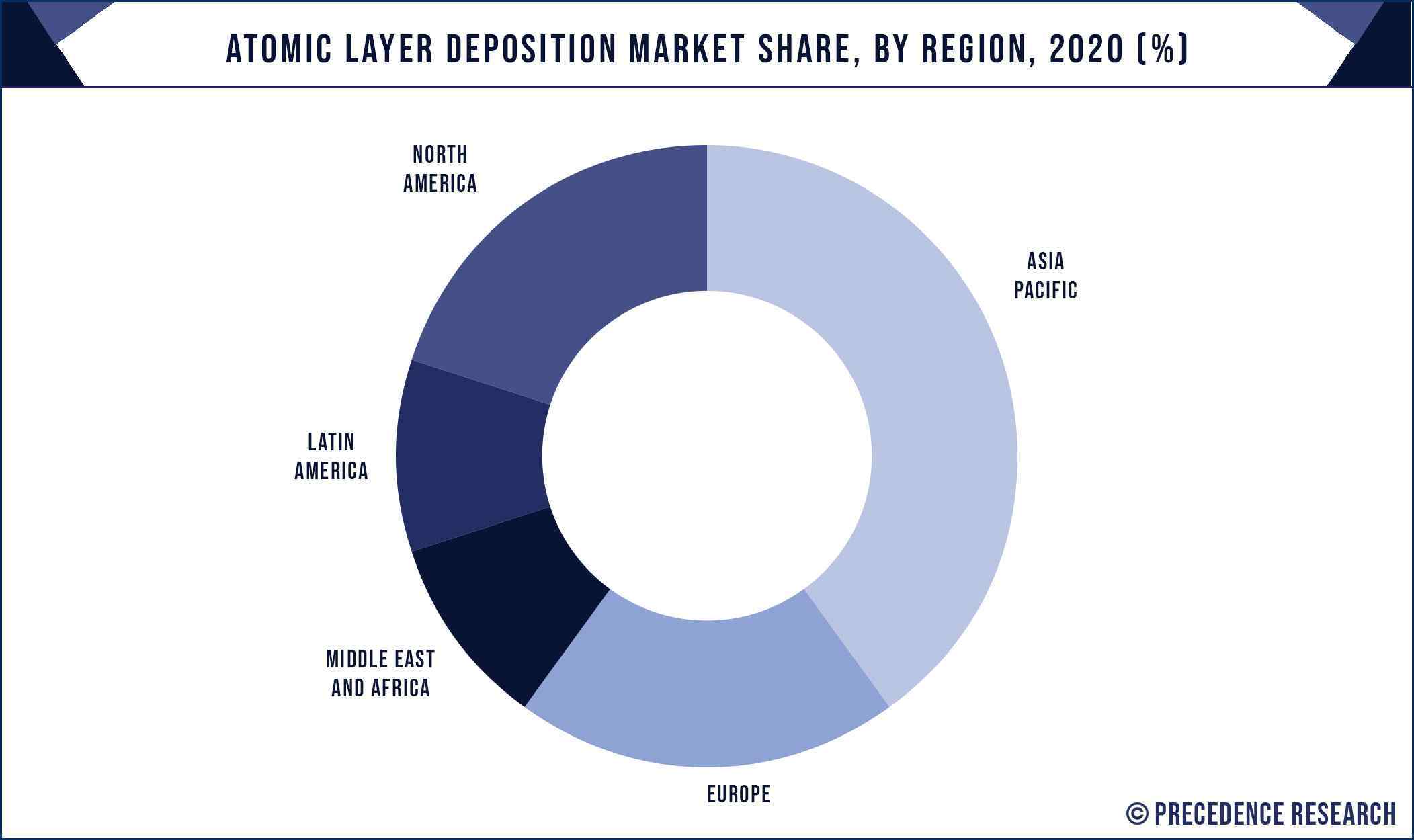 In July 2021, Hermes-Epitek Corporation Pte, a Taiwan-based distributor of high-tech equipment, entered into a partnership with Picosun Group that aimed at expanding Picosun Group’s sales and service networks across the globe.

These developmental strategies are undertaken by the key market players operating in the global atomic layer deposition market in order to expand their business and acquire market share.

Some of the prominent players in the atomic layer deposition market include: