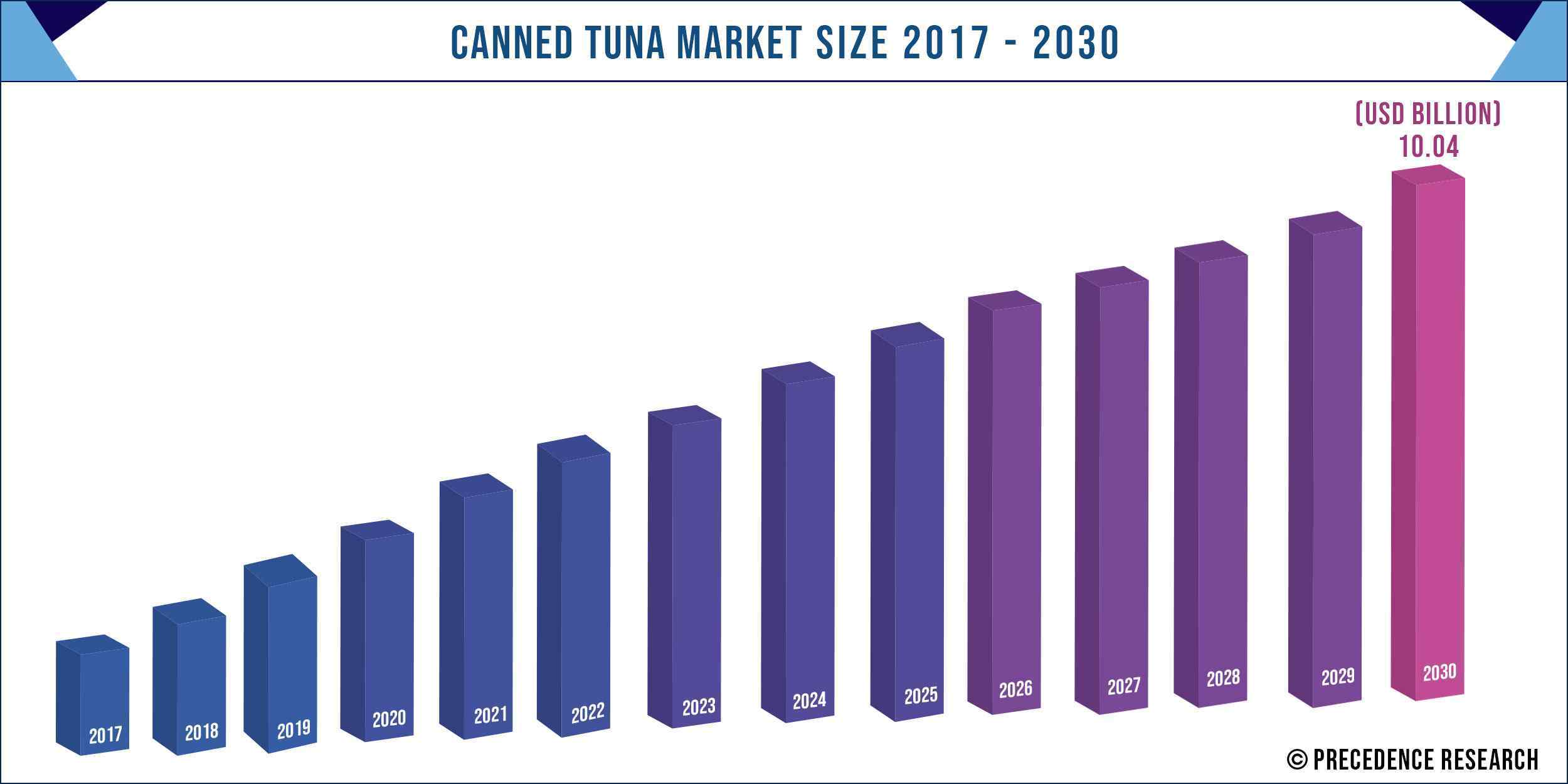 Growth in the working women population, coupled with changing lifestyle patterns worldwide are among major factors expected drive growth of the global canned tune market in the near future. Tuna is the cheap source for protein which satisfy key criteria of the world’s increasing demand for the protein at low costs which is creating potential opportunities for the target industry. In the developed economies the consumer preferences for the protein enriched cuisines are increasing at rapid pace and tune is the testiest seafood with proper amount to protein owing to which the demand for the canned tune is increasing at noteworthy rate. Changing lifestyle in the emerging economies worldwide is leading to the huge inclination towards the convenience food which is anticipated to fuel the industrial growth over the next few years.

The budding e-commerce industry also bids with the canned tuna manufacturers considerable growth opportunities. This shifting trend has stimulated numerous companies to focus on new internet-savvy customers and venture into this increasing format of retailing. The growth of the e-commerce sector will be one of the main trends in the canned tuna industry that will drive business growth. The global market for canned tune is increasing owing to huge penetration of the internet along with growth of the e-commerce industry. Also, trend is expected to continue and will augment growth of the target industry in the near future.

Flavored canned tuna product type is anticipated to register highest growth rate as well as market share over the forecast period of time. The growth is attributed to its growing consumption especially in the emerging economies across the globe. Along with this the unflavored product type segment will be growing at moderate pace and will fuel growth of the canned tune industry in the near future.

Skip jack tuna species is expected to account for the major share in the owing to its rising popularity in the leading countries and developing areas. Along with this the yellowfin segment is anticipated to grow at the noteworthy growth rate and will augment the market revenue.

The study report offers predictions of canned tuna products around are as counting Europe, Latin America, Asia-Pacific, North America, Middle East and Africa. Canned Tuna market is occupied by North America due to augmented intake of the canned tuna in various end use applications, coupled with growing working women population in the countries of the North America especially in the United States and Canada of North America. Furthermore, presence of major companies in the North America and business plans that are executed by the chief players in the nations of North America is prospective to observer significant growth in the aiming industry in the nearby future. Asia Pacific is probable to list the remarkable CAGR, on account of growing in the demand for the canned tuna in evolving economies owing to increased preferences for the convenience food. Likewise, utmost of the companies functioning in the market are advancing heavily in order to get the modest edge in the canned tuna market in Asia Pacific. Further, the Latin America as will likely to register moderate growth in the coming. Also, Middle East and Africa region is expected to create lucrative growth opportunities in the target industry. 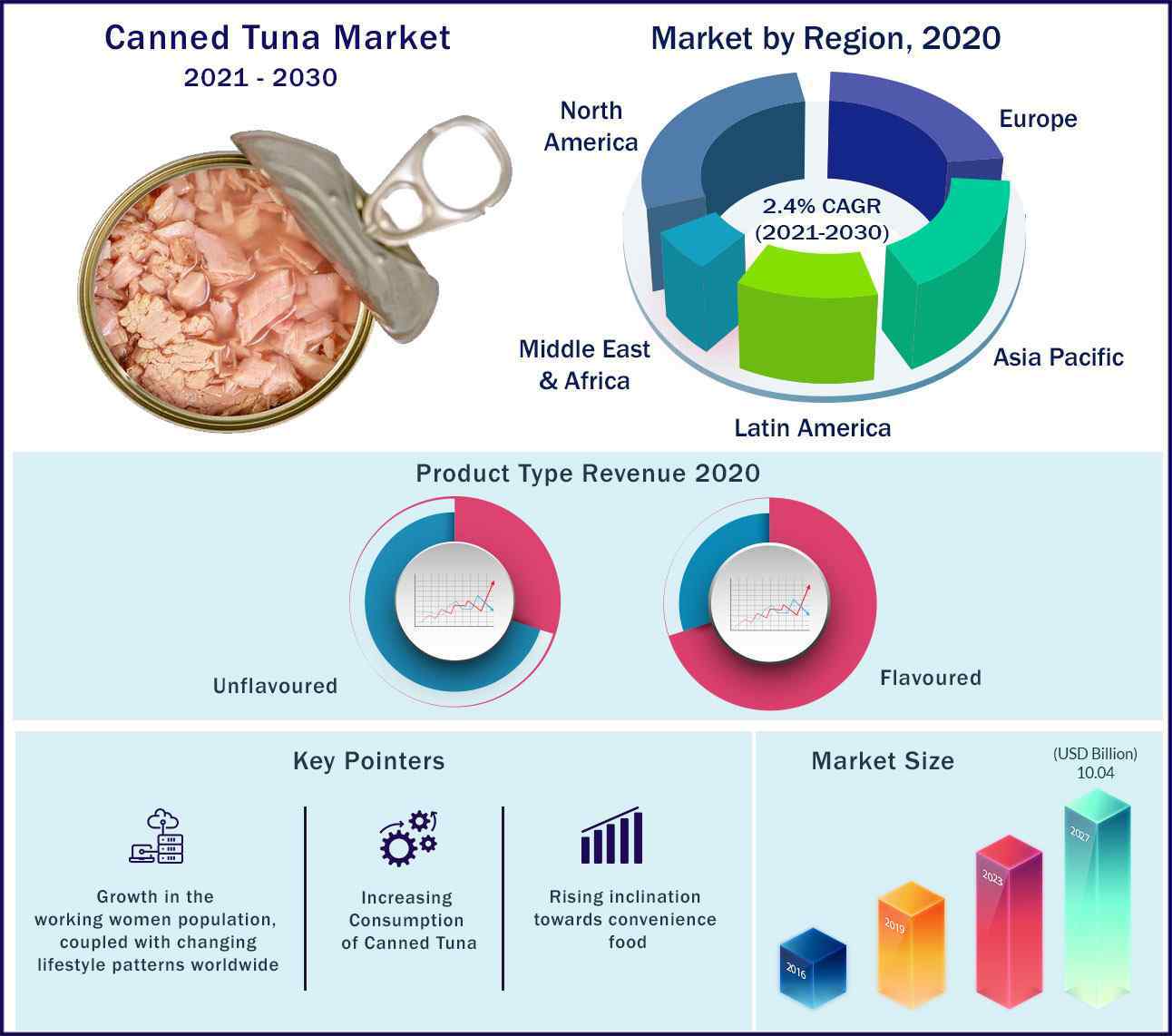 Main market firms are pointing towards the advanced developments in order to enrich place in the aiming industry. The major firms are:

For improved status of canned tuna, and strategies accepted by Precedence Research projected the upcoming growth of the canned tuna market.