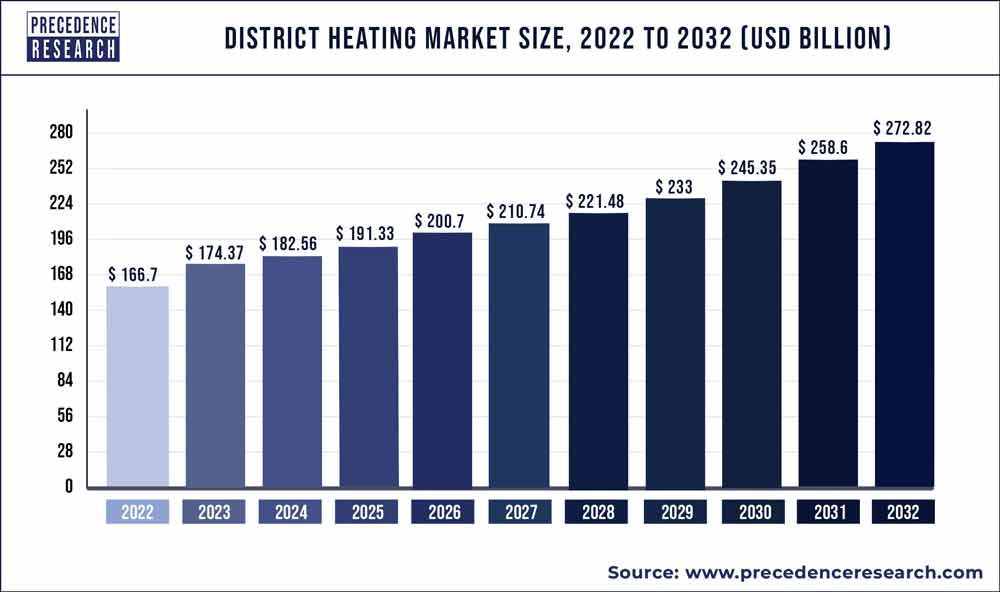 The district heating is a cost-effective method of transferring heat generated in a central place to multiple buildings such as companies, residences, and factories via a network of insulated pipes. The heat is employed in a variety of household and commercial applications including room and floor heating as well as water heating. The central solar heating, geothermal heating, and heat waste from nuclear power plants are the most common sources of heat. The district heating is particularly fuel efficient, and its flexibility allows for replacement of greener alternatives, both of which are anticipated to drive the growth of the district heating market during the forecast period.

The regulations aimed at reducing greenhouse gas emissions as well as increased awareness about the waste recycling will drive the greater demand for district heating in the market. The strict regulations aimed at improving building energy efficiency through the use of sustainable technologies will help the district heating market grow at a rapid pace. Due to its cost-effectiveness and environmental friendliness, the global district heating market has seen a substantial growth. The heat supply from district heating is produced in an environmentally sustainable manner, reducing greenhouse gas emissions and positively impacting the product demand globally. The government initiatives aimed at reducing carbon emissions as well as increased adoption of sustainable energy will help to boost the growth of the market.

The natural gas has steadily gained a healthy amount of market share in the global district heating industry as the trend toward power generation has switched away from fossil fuels, primarily due to environmental determinants. The natural gas' multiple advantages, including as lower costs and lower carbon emissions combined with outstanding efficiency, have aided the segment's expansion. The growing natural gas exploration activity in each region is also a factor in the growing popularity of these systems.

In recent years, non-conventional energy sources such as solar and wind have gained popularity. In various developed and developing countries, there has been a shift toward solar energy. However, since the district heat network serves a large number of people, and renewables are a newbie to the area, they have a limited market compared to natural gas. The natural gas-fired district heating has a higher established and installed capacity than renewable-fired district heating. However, due to the high cost of renewables, the money generated by using them surpasses that of natural gas. This trend is expected to continue, with the share of renewables increasing at a consistent rate.

In 2020, the renewable segment dominated the district heating market. As public and government concern about environmental safety has grown in recent years, power companies have shifted their attention from fossil fuels to renewable sources. This element boosts the use of renewable energy sources all over the world.

The natural gassegment, on the other hand, is predicted to develop at the quickest rate in the future years. Around the globe, the exploration efforts are increasing. In comparison to fossil fuels, natural gas plants are far more cost effective and have fewer negative environmental effects.

The boiler segment, on the other hand, is predicted to develop at the quickest rate in the future years. Due to rising global demand for power, the boiler segment is also expected to rise during the forecast period. The installation of various energy plants is similarly on the rise all across the world.

The residential segment dominated the district heating market in 2020 and garnered revenue share 60%. Due to rising need for heating networks at residential locations for diverse functions such as water heating and space heating, the residential category has the greatest market share during the forecast period. 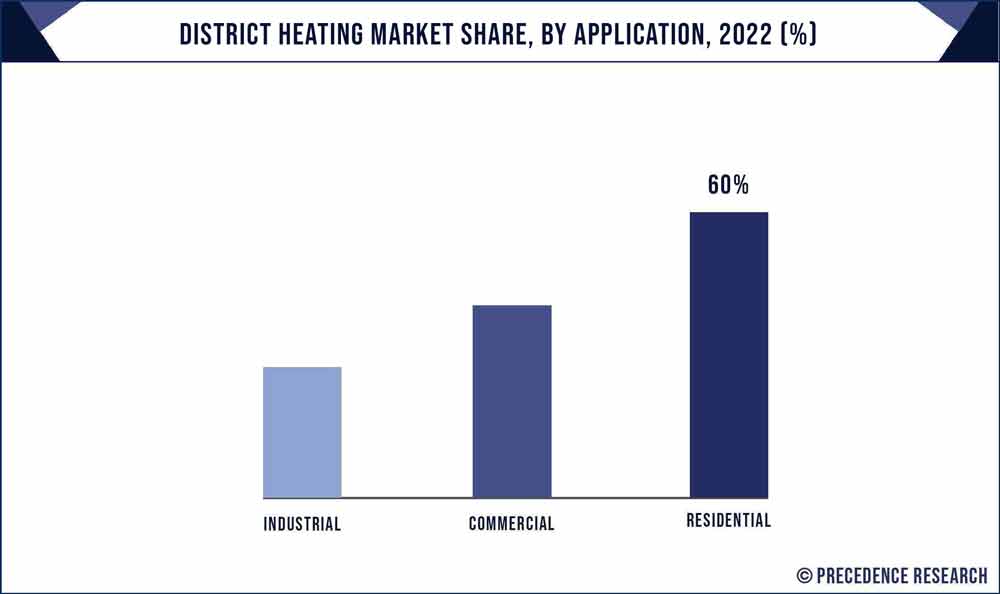 Europe dominated the district heating market in 2020. The large power stations in Europe create waste heat. This heat is used to meet the region’s entire heating needs. Thus, this region is dominating with large market share.

To increase their market share across the district heating market, leading industry players are working on developing novel products with improved features. Furthermore, major market players use focused research and development operations as well and contracts and partnerships, to obtain a competitive advantage in the global district heating market. Other strategies adopted by key market players are joint venture, investments, and merger and acquisition to expand their market.

Some of the prominent players in the global district heating market include: