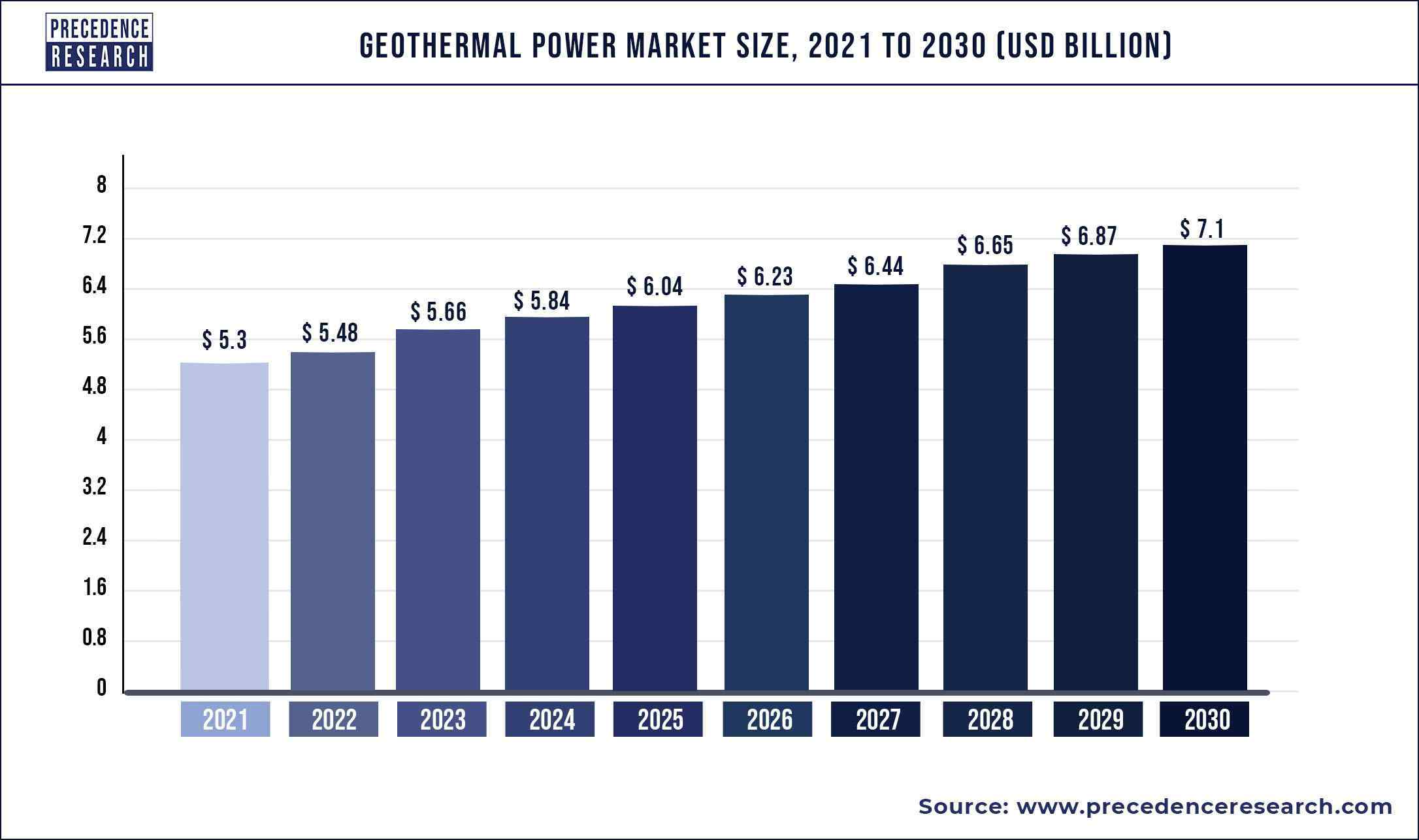 Geothermal power is produced using the geothermal energy which is a sustainable energy source under renewable energy source. The use of this alternative energy source will help in cutting down the use fossil fuel resources and also reduce the emissions of the greenhouse gases. As there are strict regulations across many nations and many governments have implemented many policies in order to concentrate on the climate change in the developing as well as the developed nations the global geothermal power market is expected to grow during the forecast period.

The growth of the global geothermal power market is driven by various strict regulations implemented by the government of various nations. The limited availability of fossil fuels and growing greenhouse gas emissions are also fueling the market growth. As the fossil fuel prices are extremely volatile the market is expected to grow. Geothermal power is cost effective and it also has a high capacity therefore the market shall grow during the forecast period. Owing to all of these reasons there is a demand for this energy source. There's an increasing demand for clean and eco-friendly sources which is driving the market growth. Governments of various nations are providing financial benefits and tax refunds in order to promote the sustainable energy. This is providing opportunities for the growth of the geothermal energy market. The geothermal power generation is very beneficial when it is compared to other energy sources that are renewable like the wind bio energy or hydropower. The geothermal power generation also has the advantages like low atmospheric pollution, zero liquid pollution, less usage of the land, and high availability. The launch of geothermal power plants has increased in the recent years due to a growing demand. Many associations, organizations and institutes are raising investment for funding the geothermal power.

The rising demand for heating and cooling systems includes district heating along with ground source of heat pumps expected to drive the market growth rapidly during the forthcoming years across the world. The installation of geothermal power also helps in reducing the greenhouse gas (GHG) emission that again anticipated prospering the market growth during the projected years. Rising emphasis of the governments of various countries and regions towards green energy generation in order to curb the alarming rate of rise in pollution has increased the vision of these governments for geothermal power as an alternative energy generation method.

On the basis of the plant type the binary cycle power plants segment is expected to witness a significant growth during the forecast period. There is a second liquid like isobutane which boils at a lower temperature than that of the water which is heated with the help of the heat exchanger. This second liquid helps in powering the turbines that driver generator. The second liquid is recycled in this process to use for the next time. The hot photo from the earth is recycled. In August 2020 there was a shift from the steam to binary cycle geothermal power technology. The shift has helped in providing flexibility. The United States has 93 binary cycle generators and 79 steam generators. Binary plants operate in the reservoirs with lower temperatures so this is a more suitable option. There are dry stream and flash plans which produce higher power output as compared to the binary plants and it is also economically efficient. In order to support the growth of the market many new installations have been announced recently. 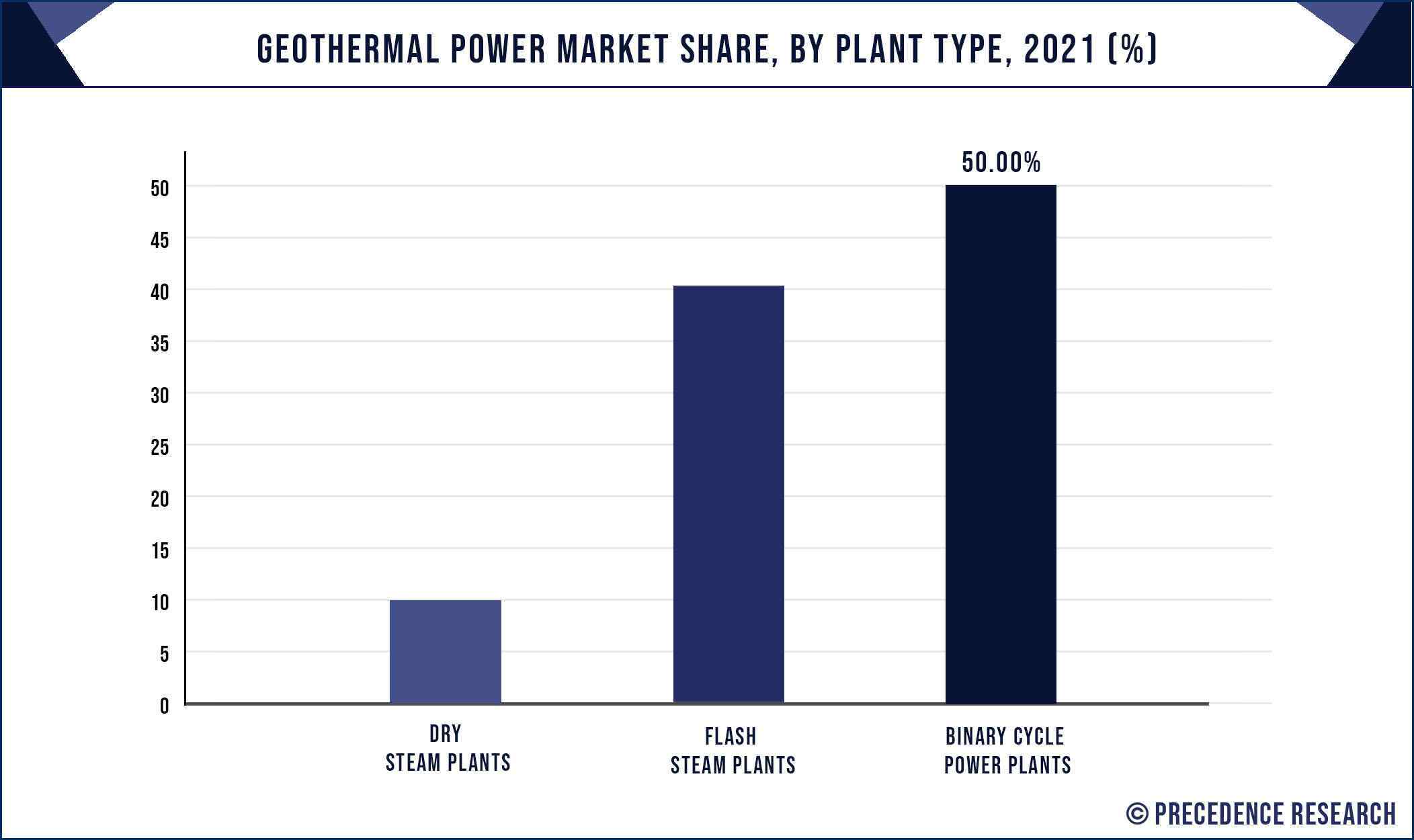 The flash steam power station segment is also expected to have a good growth during the forecast period. On the basis of the size the flash steam power stations are classified into single double or triple flash plans. These plants help in taking out the high pressure hot water from the earth and convert it into the steam which helps in driving the generator turbines.

On the basis of the region North American region dominates the market. The global geothermal power market is expected to have the highest CAGR during the forecast period in the North American region. Increase technological advancements for the generation of geothermal power is proving to be a boon for the market growth. Many companies are focusing on planning the expansion capacity of the currently existing power plants.

Apart from the North American region the Asia Pacific region is also expected to have a positive market growth during the forecast period. Rapid urbanization and industrialization are creating a great demand for electricity does demand for electricity in rural communities and low income groups. There are many government initiatives that promote the sustainable energy generation on a large scale. Philippines, US, Indonesia, Mexico and Japan are the top markets generating the geothermal power. These markets are able to generate geothermal power on a large scale due to the presence of large geothermal reserves. Increased intervention by government in these regions and a growing demand for electricity in these developing economies will add to the market growth in the Asia Pacific region. In the countries like Japan Philippines and Indonesia there is large scale production of geothermal energy.

The industry participants in the global geothermal power market are increasingly focused towards the adoption of various inorganic growth strategies such as merger & acquisition, joint venture, partnership, collaboration, regional expansion, and many others in order to retain their global market position. Further, these market players are also taking keen interest in increasing their funding through various investors owing to the increasing demand for geothermal power. This initiative or approach helps these industry participants in expanding their capacity and remain competitive across the globe.