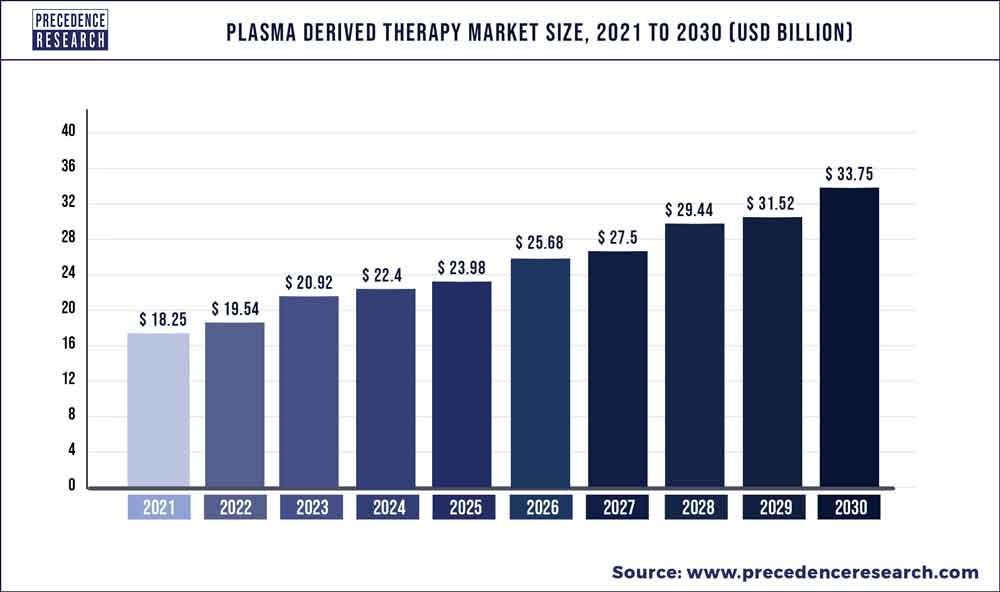 The huge number of people suffering with rare diseases has helped this market to attain great heights in a very short period of time. Diseases such as primary immunodeficiency disease, von Willebrand disease and idiopathic thrombocytopenic purpura are among the few major disorders That have contributed significantly to the growth of the plasma derived therapy system. Effective plasma derived treatments are demanded all over the world with a view to treat the rare diseases which do not find a solution in the modern medicine practice.

The solutions found too many diseases with the help of this treatment procedure has provided a great opportunity to the plasma derived therapy market and is expected to grow in a similar fashion during the coming years. The outbreak of the coronavirus pandemic had a major impact on the growth of this market due to the huge demand of plasma derived therapies all over the world which was successful to show a significant result in treating the complications that were created in the body of the individual pertaining to the infection.

The increasing prevalence of chronic diseases and uncommon diseases among the people has emerged as a major growth factor which has helped the market to attain a significant position. Many initiatives have been taken by the government and the private organizations to provide advanced healthcare facilities which will benefit the society to a great extent. Multiple initiatives taken up by the government by providing reimbursement facilities through the insurance companies has helped people to opt for these advanced treatment procedures with a view to obtain maximum results.

Many products have been introduced by the key market players as a result of the rapid research and development programs carried out, which has attracted the potential consumers all over the world. The outbreak of the pandemic had helped the market to record a considerable growth over the period of time as the demand for plasma derived therapies was seen to be at a peak. Increasing number of blood donation drives carried out all over the world has helped to boost the market to a considerable level.

On the basis of product, the segment of immunoglobulin plasma has emerged as the fastest growing market as compared to its competitors. The increasing demand of this plasma derived component has attracted the potential consumers considerably. The huge number of chronic diseases that are treated with the help of this immunoglobulin plasma derived component has been a major factor which has helped the market to achieve a considerable position in the global economy and is expected to grow in a similar fashion during the future as well. The other products which are included under this category are albumin derived therapies and coagulation factor which are also showing a considerable growth over the period of time with increasing research and development performed by the key market players.

On the basis of application, the segment of hemophilia has emerged as the fastest growing application as it is a very rare disorder related to bleeding that hampers the normal process of blood clotting. The tremendous growth seen by the market is attributed to the increasing number of cases suffering with hemophilia all over the world especially in the underdeveloped and developed countries. 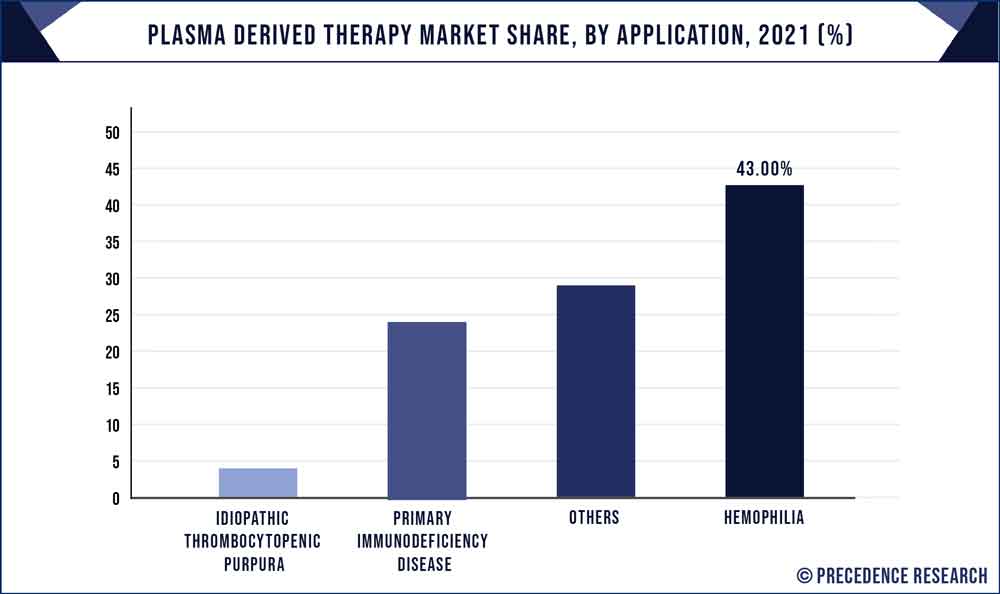 Or data which was published by world federation of hemophilia around 2020 stated that there are approximately 209, 614 people who are suffering with this disease residing in around 120 countries all over the world. Among these diseases the most prevalent type of hemophilia is hemophilia A. the huge number of patients that exist in the society suffering with this severe disease has a significant impact on the growth of the plasma derived therapy market as it is proved to be and effective treatment procedure which how is the capacity to achieve good results over the period of time.

Why North America region is emerging in the plasma derived therapy market?