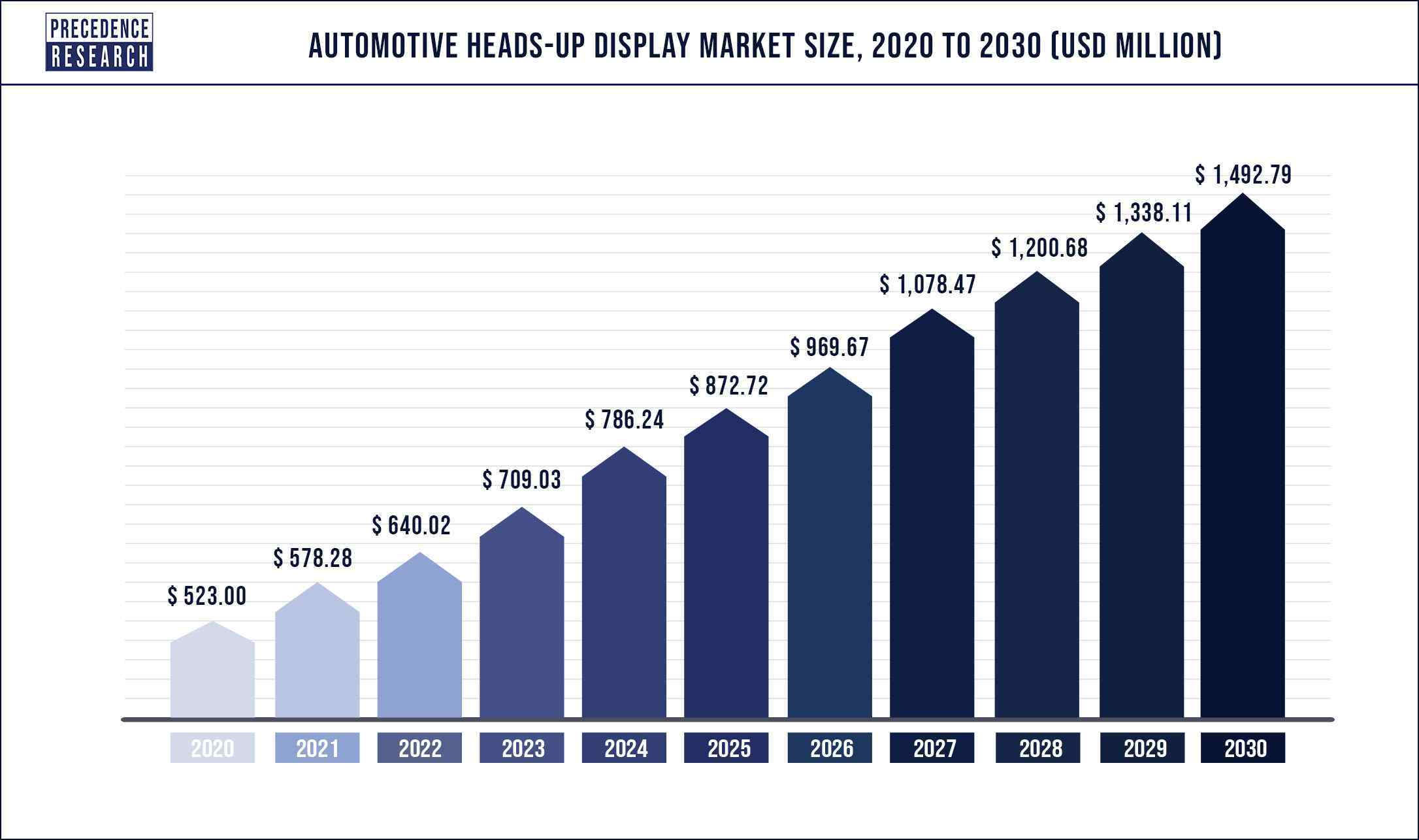 Due to improved security, safety, and comfort, the automotive heads-up displays are becoming increasingly popular among drivers. The demand is expected to be fueled by government-enforced road safety laws, increased acceptance of advanced technologies, and increased awareness of personal safety. The rise in demand for safety vehicle accessories, as well as stringent road safety regulations, is driving the expansion of the automotive heads-up display market.

The manufacturers produce heads-up display at a lower cost without sacrificing display quality due to technological advancements. The development of an ultra-thin augmented reality heads-up display system that displays clear visuals on the windshield was made possible by combining mini mirror-based devices based on electrochemical systems with automation and augmented reality-based approaches.

Scope of the Automotive Heads Up Display Market

Based on the heads-up display type, the windshield segment dominated the global automotive heads-up display market in 2020. The windshield heads-up display provides enhanced safety and plenty of other new functions such as blind spot recognition, lane departure navigation, and navigation analytics, all of which contribute to a safe driving experience. To reduce distraction and improve focus, these features are placed in the driver’s field of view.

On the other hand, the combiner segment is estimated to be the most opportunistic segment during the forecast period. The combiner type of automotive heads-up display shows information in the driver’s line of sight using a partially reflective screen similar to glass.

Based on the dimension, the 3D segment has garnered largest revenue share in 2020. A 3D automotive heads-up display shows information to driver effectively and clearly. Augmented reality messages are dynamically projected based on the target’s 3D location. A virtual display is projected into a three-dimensional world in 3D heads-up display, ensuring that there is no mismatch when the driver drives.

On the other hand, the 2D segment is estimated to be the most opportunistic segment during the forecast period. The traditional 2D augmented reality – heads-up display shows information at a specified distance from the driver. It instructs the driver to look at the projection along the optical axis at a specific location.

Based on the region, the Asia-Pacific region has hold largest revenue share in 2020. The Asia-Pacific market players are constantly investing in research and development activities to develop new automotive applications. Due to low cost of labor and favorable government policy, mass production of components can be conducted, resulting low heads-up display pricing. The Asia-Pacific region has enormous growth potential for automotive heads-up display applications due to establishment of more production plants and introduction of new technologies.

The market is moderately fragmented with the presence of several local companies. These market players are striving to gain higher market share by adopting different marketing strategies, such as new product launch, investments, partnerships, and mergers & acquisitions. The companies are also spending on the development of improved products. Moreover, they are also focusing on competitive pricing.

In February 2019, the Nippon Seiki invested around 1 billion of Japanese yen for expansion of new production units.

Some of the prominent players in the global automotive heads-up display market include: