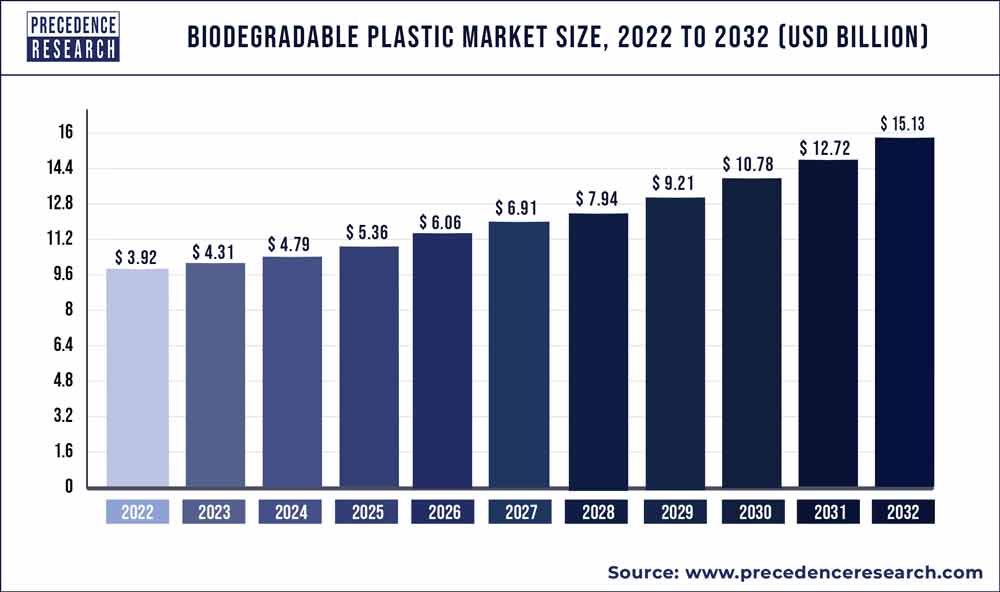 Moreover, not every biodegradable plastic are decomposable in the natural environment. Besides this, they require specific environment in terms of temperature and moisture for degradation. Further, some of them release harmful gases such as greenhouse gases while decomposition that is counterproductive to the environmental cause and restricts its growth in the near future.

Starch-based plastics are predicted to dominate the global biodegradable plastics market for both revenue and volume and garnered nearly 10.5% of growth rate in terms of revenue during the forecast period. Increasing application of starch-based plastics in end-use industries such as automobiles, packaging, and agriculture attributed for the significant growth of the segment. They are largely helpful in reducing the carbon footprint of conventional resins and encounter significant demand in agriculture and flexible packaging sectors. Further, starch-based biodegradable plastics are less toxic as they are made up of plant based materials. Packaging industry is one of the major consumers of starch-based plastics owing to their versatile behavior. 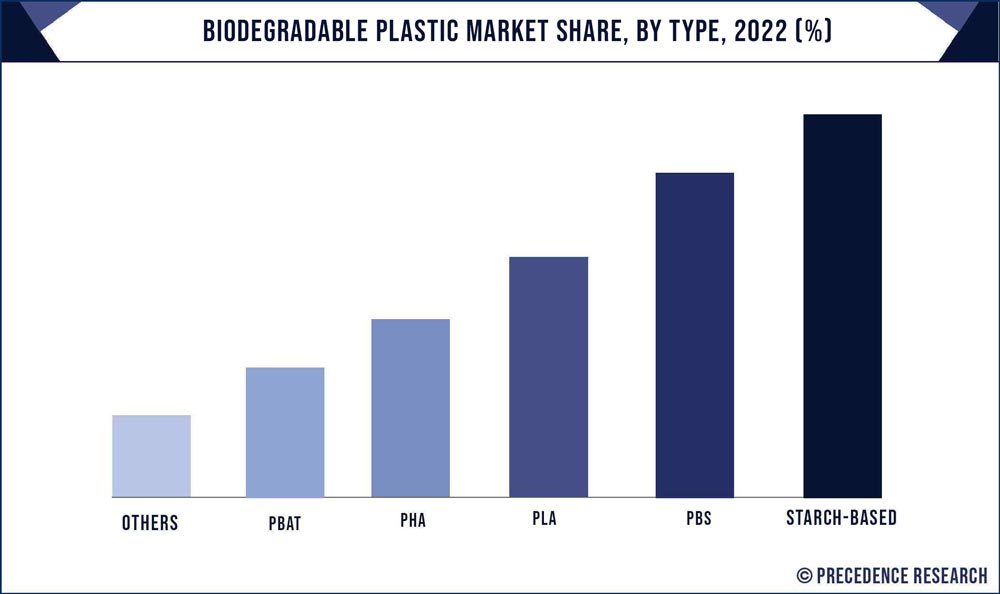 Polyhydroxyalkanoate (PHA) is anticipated to register the fastest growth over the analysis period. This is attributed to the increasing use of PHA in medical and other applications. PHA is prominently used in medical implants, drug encapsulation, bone marrow scaffolds, tissue engineering, and bone plates. Apart from medical applications, PHA is also used in packaging of food & beverages, agriculture foil and films, compost bags, and consumer products. The aforementioned factors expected to fuel the growth of the segment in the coming years. 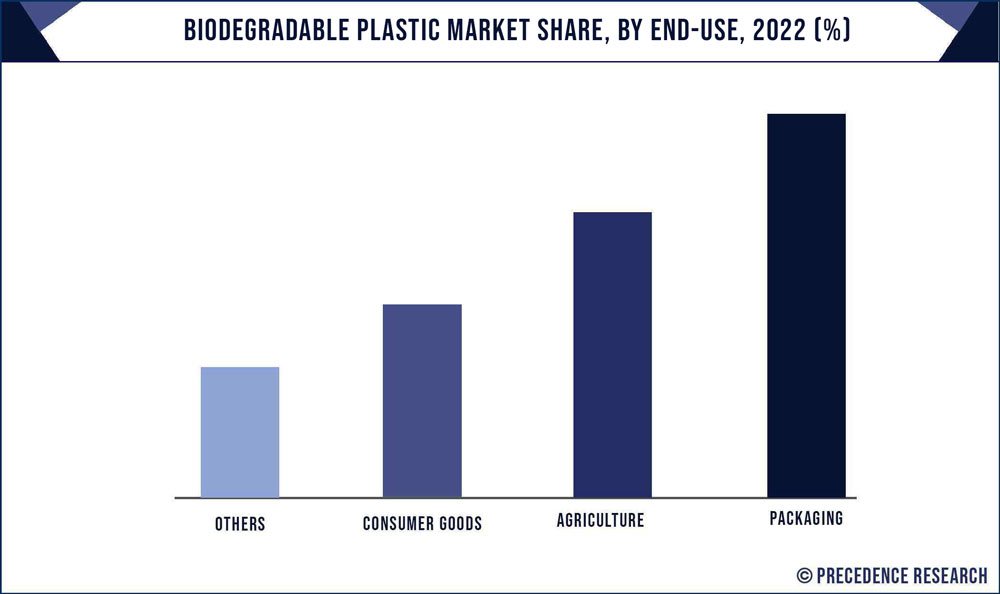 On the contrary, agriculture witnesses the fastest growth in the global biodegradable plastics market during the analysis period. This is mainly because of increasing application of mulch films in the agriculture application. Biodegradable mulch film offers greater decomposition compared to other bio-plastics in soil and estimated that nearly 75-80% of the content is renewable thus propels the market growth of the segment.

In 2019, Europe was front-runner in terms of revenue in the global biodegradable plastics market. Rising consumer awareness along with the government of Europe has banned the usage of non-degradable plastics are the key factors that fuel the market growth in the region. Rising soil & environment depletion because of the rising usage of plastics has triggered the need for shifting trend towards bio-based materials that can be reused and are environment friendly.

On the other side, the Asia Pacific exhibits the fastest growth over the forecast period owing to large consumer base along with escalating growth of agriculture and food & beverage industry in the region. Asia Pacific is considered as an agricultural land. As per the Food and Agriculture Organization of the United Nations (FAO), the Asia Pacific occupy nearly one-fifth of the world’s agricultural land. The above mentioned factor significantly propels the agricultural application of biodegradable plastics. Furthermore, large population in the region has projected the region as a leader in the demand of consumer goods that again attributes positively towards the market growth.

The global biodegradable plastic market experience versatile competitive level depending on the region. For instance, in North America and Europe the competition level is medium because of large number of regional and international market players present in the regions. However, in the Asia Pacific the level of competition is quite low due to less number of industry players dominating in the region.

Some of the prominent players in the biodegradable plastic market include:

This research study encompasses comprehensive assessment of the marketplace revenue with the help of prevalent quantitative and qualitative intelligences, and prospects of the market. This report presents categorization of market into foremost and niche segments. Furthermore, this research study gauges market revenue growth and its drift at global, regional, and country from 2016 to 2027. This report comprises market division and its revenue valuation by categorizing it based on type, end-use and region: