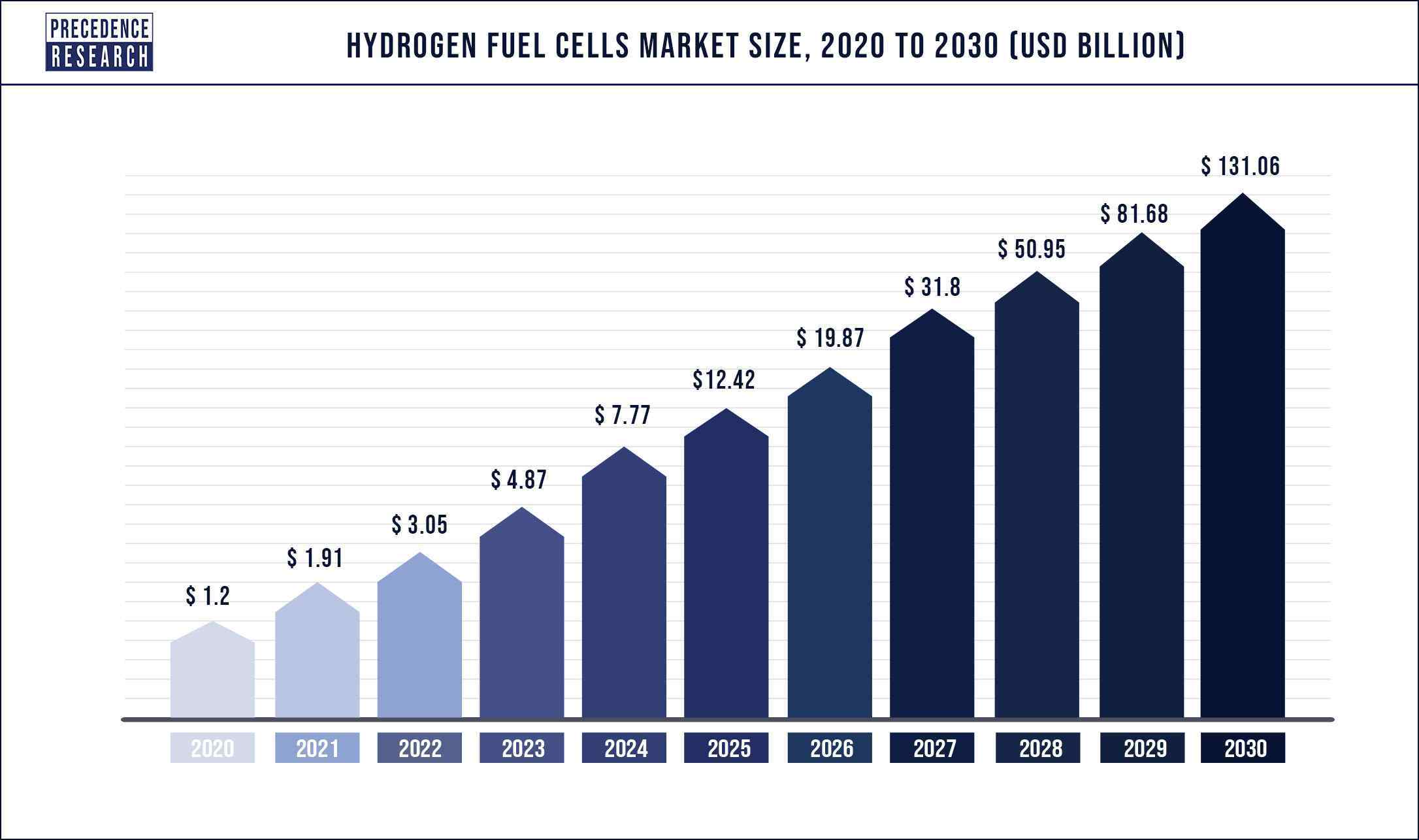 As environmental concerns grow, manufacturers are focusing their efforts on the hydrogen economy. The scalability is another benefit of hydrogen fuel cells. They can be used to build stacks, which can then be used to build larger systems. The portable systems for smartphone battery recharging, combustion engine replacements for electric vehicles, and large-scale installations directly feeding electricity into the utility grid are all examples of these systems, which range in power and size.

The market for hydrogen fuel cells is being driven by the growing demand for electric vehicles. The use of electric vehicles has drawn the attention of the government due to an increase in carbon emissions. Another element influencing the industry is the increased environmental awareness. The environmental issues have arisen as a result of the over exploitation of fossil resources, which has resulted in harmful gas emissions. The hydrogen fuel cells market’s demand is being driven by the desire to minimize reliance on diesel and oil.

The automobile sector has experienced remarkable expansion as a result of rising vehicle demand. However, in recent years, there has been a growing awareness and issue about the negative environmental impact of fossil fuel engines, which produce considerable amounts of greenhouse gases. Over the projected period, this is expected to assist the expansion of hydrogen fuel cells market. Other reasons such as technical improvements, higher performance, rising petroleum prices, reduced noise, and stringent government regulations regarding environmental conservation are also predicted to contribute to the hydrogen fuel cells market’s growth during the forecast period.

Asia-Pacific, on the other hand, is expected to develop at the fastest rate during the forecast period. The region’s expanding population and rising disposable income are lifting up the demand for energy. Furthermore, the region’s rapidly growing economies are also the world’s leading polluters. The hydrogen fuel cells have been found as the best alternative to other conventional fossil fuel energy sources for reducing carbon emissions and efficiently providing energy needs.

The global market for hydrogen fuel cells is highly fragmented, with only a few firms competing with each other. However, due to the market’s competitiveness, the number of new companies is likely to enter the hydrogen fuel cells market in the near future is expected to increase. The leading organizations engage in research and development in order to stay competitive and produce new products.

Some of the prominent players in the global hydrogen fuel cells market include: