The global solar microinverter and power optimizer market size was estimated at USD 959.9 million in 2021 and is expected to surpass around USD 2,181 million by 2030 and recording at a notable CAGR of 9.55% during the projected timeframe of 2022 to 2030. 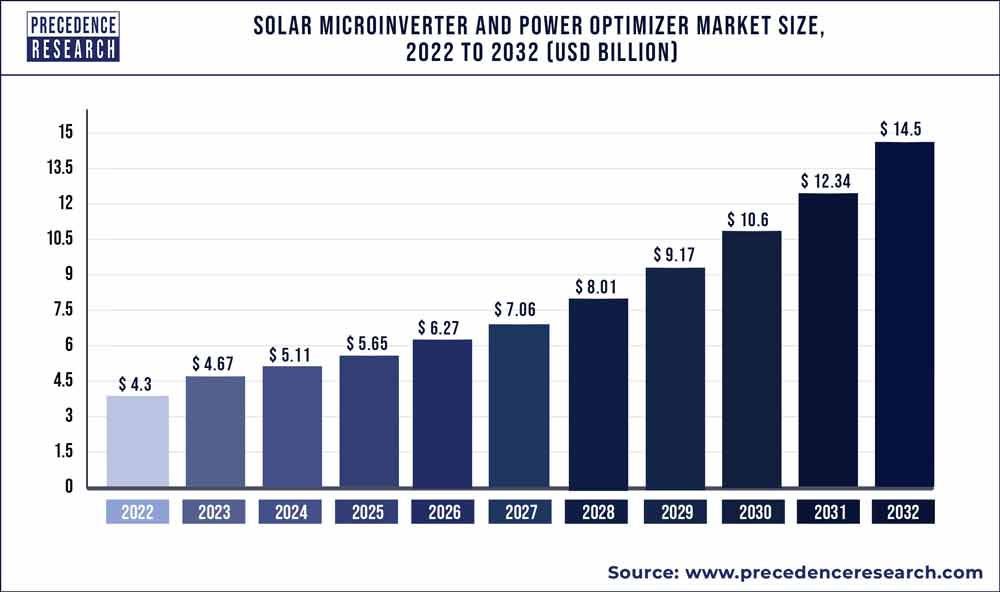 Solar PV systems can benefit from solar microinverters and power optimizers, but they work differently. Both systems, which are installed within solar panels, enable PV cells to operate at their best when more than one of the system's panels is shaded. The main difference between the two is that microinverters directly convert the DC current generated by solar panels into the AC current that can be used by home appliances, whereas power optimizers are used to modify the performance of the panel via maximum power point tracking, that is primarily a method to condition a DC current created by the PV cells prior to actually sending it to a central inverter.

High adoption trends regarding clean energy technologies, such as PV systems, among both residential and commercial end users are expected to increase the market share of solar microinverters and power optimizers throughout the projection period. The Solar Investment Tax Credit (ITC) program, which the U.S. federal government has created, provides a 30 percent tax credit for the installation of PV systems in residential as well as commercial structures. The solar microinverter and power optimizer market will be driven by advances in power harvesting technology combined with falling component prices.

Companies like Solar Bridge as well as Tigon are attempting to create integrated module smart technology inverters to improve PV architectural efficiency and, as a result, improve the end user's total return on investment. Over the course of the report's prediction period, the already booming market will continue to grow due in large part to the significant cost reduction of microinverters and power optimizers as well as manufacturers' ongoing efforts to develop and improve the technologies.

Report Scope of the Solar Microinverter and Power Optimizer Market

Increasing popularity as well as the adoption of solar power

The market for solar microinverters, which had the largest market share in the overall market for solar microinverters and power optimizers, is expected to continue on its upward trajectory over the forecast period. To successfully meet the needs of the end user, businesses in this industry are choosing to implement cutting-edge technology in their supply chains. A solar microinverter is a tiny electrical appliance that assists in capturing solar energy and converting it to an alternating current. By controlling the flow of current from one or more solar panels to an electric battery, it is used to enhance the performance of photovoltaic systems, further increasing the power output of a system. Microinverters are mounted on both business and residential rooftops, and they help supply energy to specific buildings or clusters of structures. By lowering the power output voltage and current, a power optimizer boosts a solar microinverter's efficiency. It aids in boosting solar modules' effectiveness, enabling their usage in off-grid or grid-connected applications. Power optimizers come in a variety of shapes and sizes, including diodes, capacitors, resistors, and other parts.

Due to the increased use of solar rooftop systems, the market revenue from residential applications topped USD 501 million in 2021 and will experience significant growth in the years to come. Subsidies, tax breaks, and financial aid in the form of low-interest loans are all initiatives that will help increase market share.

In 2021, the volume share for commercial applications stood for almost 19% of the total. Commercial customers find it appealing due to characteristics including higher energy yield, improved safety precautions, and module level monitoring.

Declining system costs and rising demand for uninterruptible power supplies may stimulate its use in utility applications. Due to the growing popularity of three-phase solar microinverters and power optimizers in the commercial and utility sectors, their market share is anticipated to expand rapidly. When compared to other options, it delivers a high circuit density with improved conversion efficiency. The system downtime can be reduced overall by three phases as well.

The American government has implemented a number of incentives, like as the FIT, investment tax credit, net metering, and rebate, to promote the use of renewable technologies, which will increase market share. For Europe, the UK's solar microinverter and power optimizer market, which in 2021 contributed over 10.4% of the region's revenue, is expected to expand significantly over the next several years, driven by increased rooftop solar system adoption in the residential and commercial sectors. Government policies that encourage the use of renewable energy over conventional fuel will help the sector flourish. 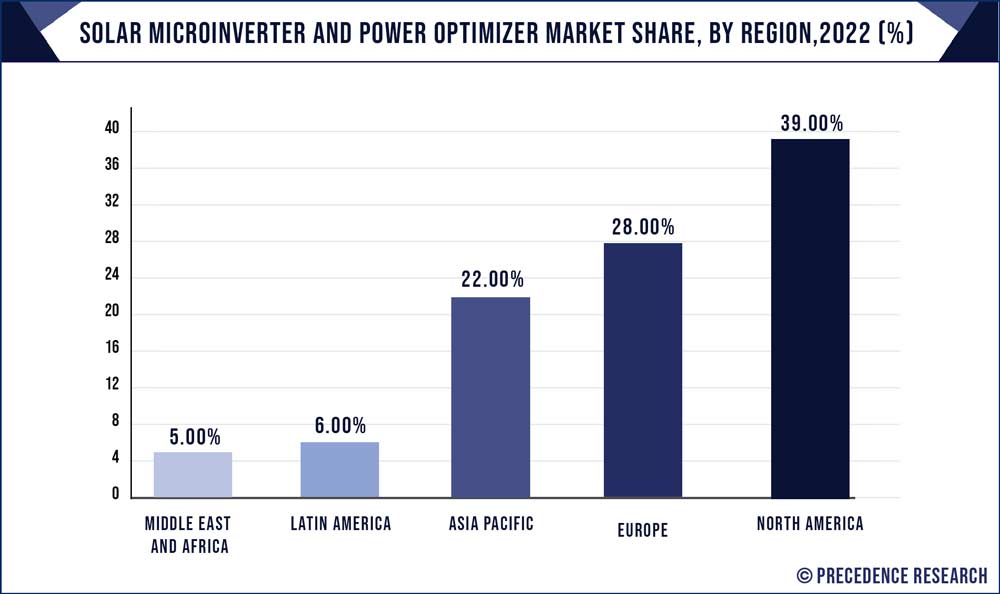 The size of the China market in 2021 exceeded $80 million. Market expansion will be fueled by the government's focus on renewable energy, particularly solar, to fulfill the rising demand for power. In 2021, Chile held 28% of the market share for solar microinverters and power optimizers in Latin America. Numerous solar resources, a stable political climate, and cheap interest rates are just a few of the elements influencing the market landscape. By 2050, the nation hopes to harness 70% of its energy from renewable sources.

Segment Covered in the Report