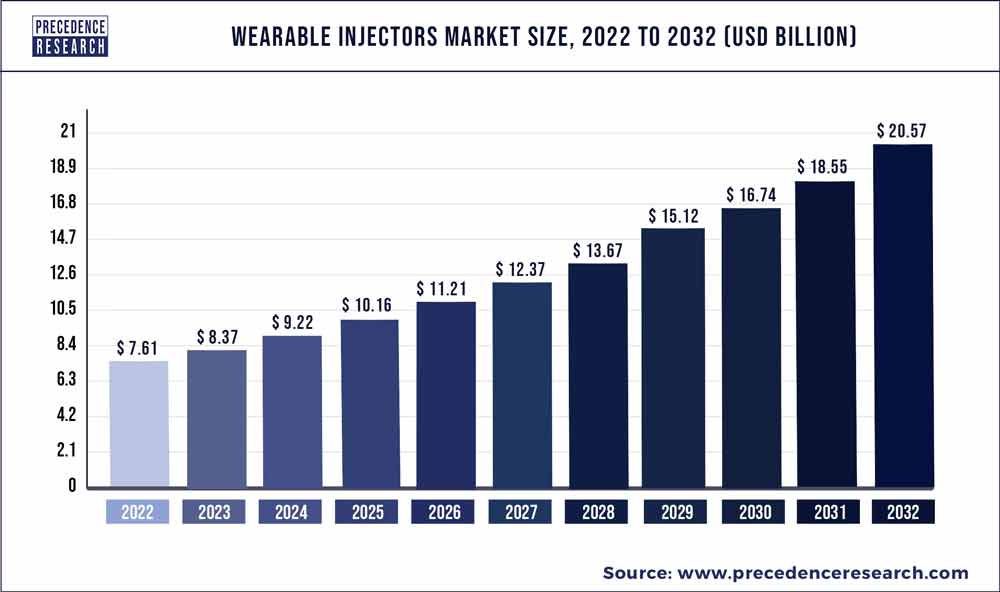 The global wearable injector market is primarily driven by the growing prevalence of various chronic diseases such as cancer, rheumatoid arthritis, diabetes, cardiovascular diseases, and other chronic diseases coupled with the technological advancements in the drug delivery devices. Moreover, the CVD accounted for around 32% of the global deaths in 2019. The rapid growth of the biopharmaceuticals and development of various drugs that can cure the chronic diseases efficiently fostered the demand for the drug delivery devices across the globe.

Based on the type, the on-body segment accounted for over 55% of the market share in 2020. The on-body wearable injectors are easy to wear and comfortable for the skin. This has led to the extensive adoption of the on-body injectors, thereby propelling the growth of this segment. Moreover, rising demand for the home care is expected to boost the segment’s growth in the forthcoming years. 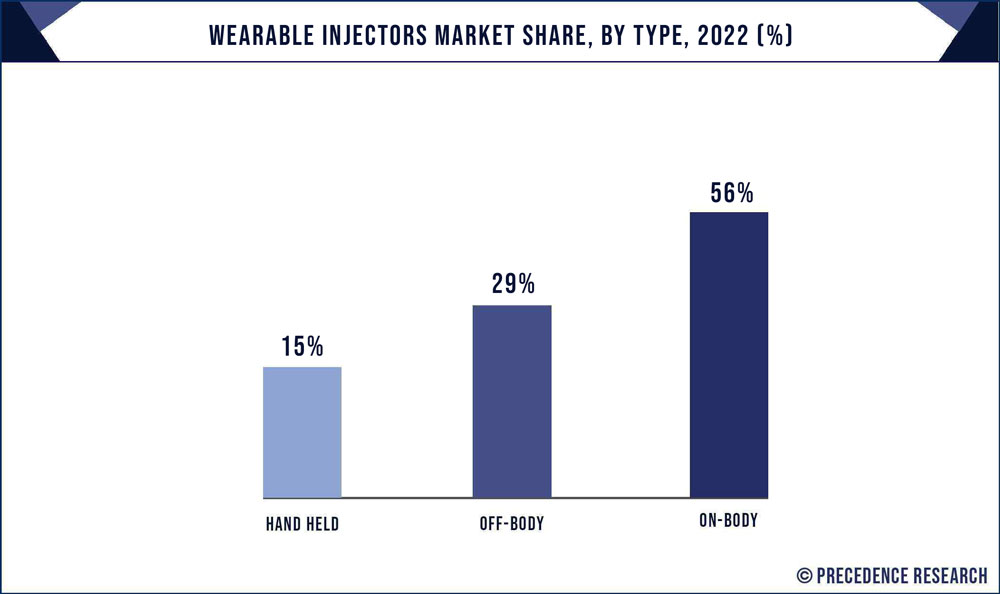 On the other hand, the off-body is estimated to be the fastest-growing segment during the forecast period. The off-body wearable injectors eliminate the certain inconveniences such as adhesive fitting on the skin, painful removal of injectors, and skin irritation. The rising investments in the development of enhanced off-body injectors are expected to drive the growth of this segment in the future.

Based on the application, the oncology segment dominated the global wearable injector market in 2020, in terms of revenue and is estimated to sustain its dominance during the forecast period. This is attributed to the increased prevalence of cancer among the population. The increased prevalence of various cancer such as breast cancer, lungs cancer, bowel cancer, and womb cancer are the major drivers of this segment.

On the other hand, the autoimmune diseases are estimated to be the most opportunistic segment during the forecast period. This can be attributed to the rising prevalence of diabetes among the population and rising demand of the wearable injectors over the traditional insulin pumps. According to the World Health Organization, diabetes is the major cause of kidney failure, heart attacks, blindness, and stroke. Hence, the demand for the treatment for diabetes is expected to drive the growth of this segment.

Based on the end user, the homecare segment accounted for over 40% of the market share in 2020. The increased awareness regarding the wearable injectors and increasing preferences for self-injecting of drugs. Moreover, the reduction in the costs of the healthcare associated with the homecare segment and elimination of any assistance for the administration of drugs using wearable injectors are the major drivers of this segment.

Based on region, North America dominated the global wearable injector market in 2020, in terms of revenue and is estimated to sustain its dominance during the forecast period. This is attributed to the increased number of people suffering from various chronic diseases. According to a study, around 60% of the US population is suffering from at least one chronic disease. Moreover, the development of various innovative drugs that can effectively treat chronic diseases is fueling the demand for the wearable injector market. Moreover, the rising popularity of personalized medicines may impact the market positively in the forthcoming years. 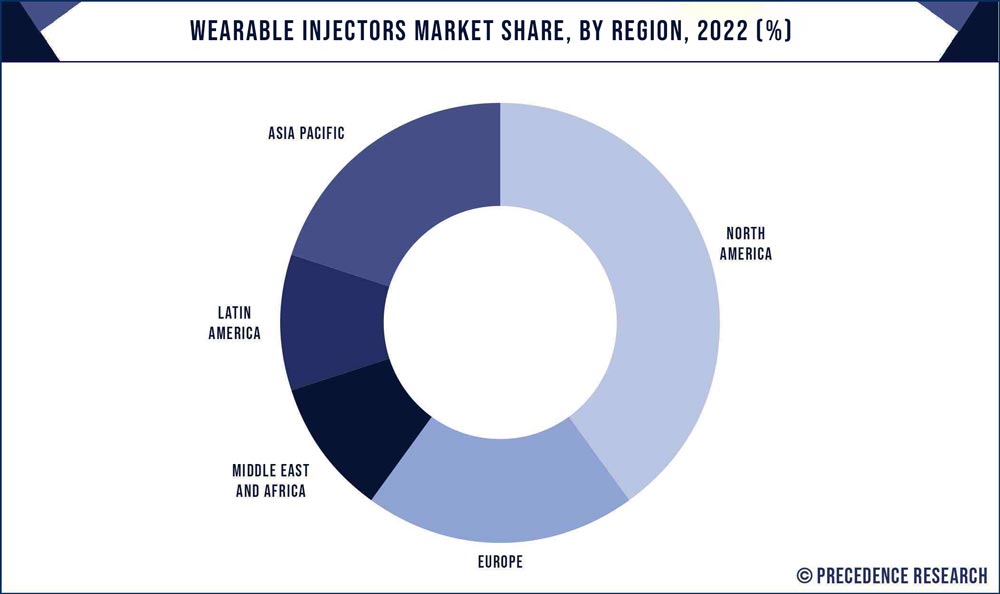 Asia Pacific is estimated to be the most opportunistic market during the forecast period. Asia Pacific is the home to several top biopharmaceutical manufacturers. The nations like India, China, and South Korea are expected to present lucrative opportunities to the market players in the upcoming future. Moreover, the rising old age population in the region is expected to drive the demand for the wearable injectors. The geriatric people are more prone to various chronic diseases and are expected to foster the market growth in the foreseeable future. According to the WHO, by 2050, around 80% of the geriatric population will be living in the low and middle income economies.

In April 2021, Medtronic introduced a wearable injector that can be worn by the patients for 7 days for the treatment of diabetes.

Some of the prominent players in the global wearable injector market include: