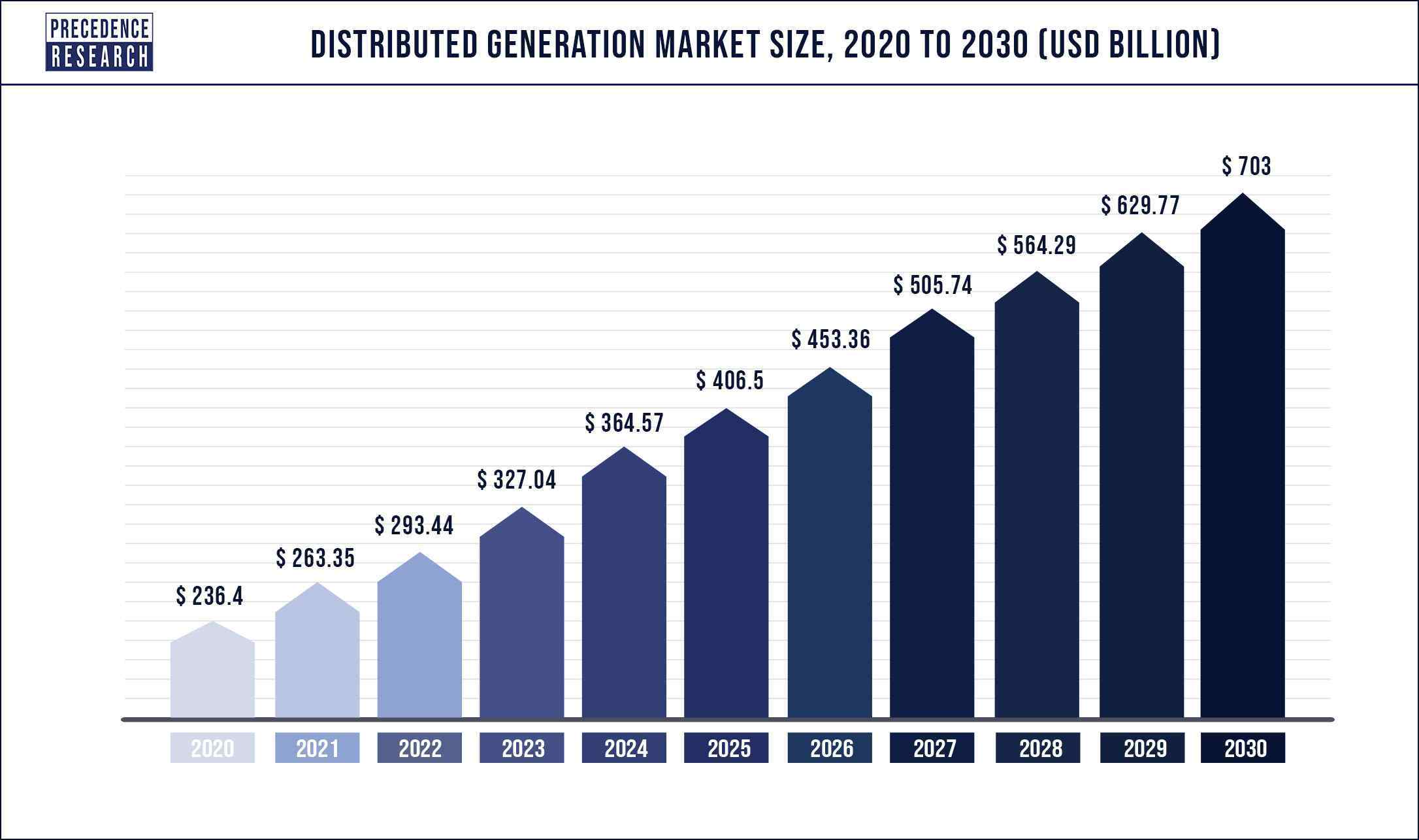 Scope of the Distributed Generation Market

The solar PV segment is expected to be the fastest-growing segment during the forecast period. The government subsidies for the adoption of solar energy and declining costs of the solar equipment over the past few years has increased the demand for the solar PV distributed generation market. Moreover, the rising government and corporate efforts to reduce carbon footprint and achieve sustainability in the long term, majority of the industries are shifting towards the adoption of solar sources of energy.

The commercial & industrial segment garnered a market share of around 70% and dominated the global distributed generation market in 2020. This is attributed to the increased government initiatives to promote the adoption of the renewable energy sources across the commercial and industrial sectors in the form of subsidies and incentives. Moreover, the reducing equipment costs and increased demand for the uninterrupted power supply has fostered the growth of this segment. Moreover, the increased efforts of the government to industrialize and urbanize the rural regions are supporting the growth of the commercial & industrial segment and hence this segment is expected to dominate throughout the forecast period.

Asia Pacific dominated the global distributed generation market, garnering a market share of over 45% in 2020. This is simply attributed to the increased adoption of renewable energy sources, rising investments in the industrialization and urbanization, rapidly growing infrastructural developments, and increasing government initiatives to encourage the deployment of renewable and green & clean energy sources. Moreover, with the growing industrialization, the demand for the efficient and uninterrupted power supply is growing significantly, which is fueling the growth of the distributed generation market in Asia Pacific. 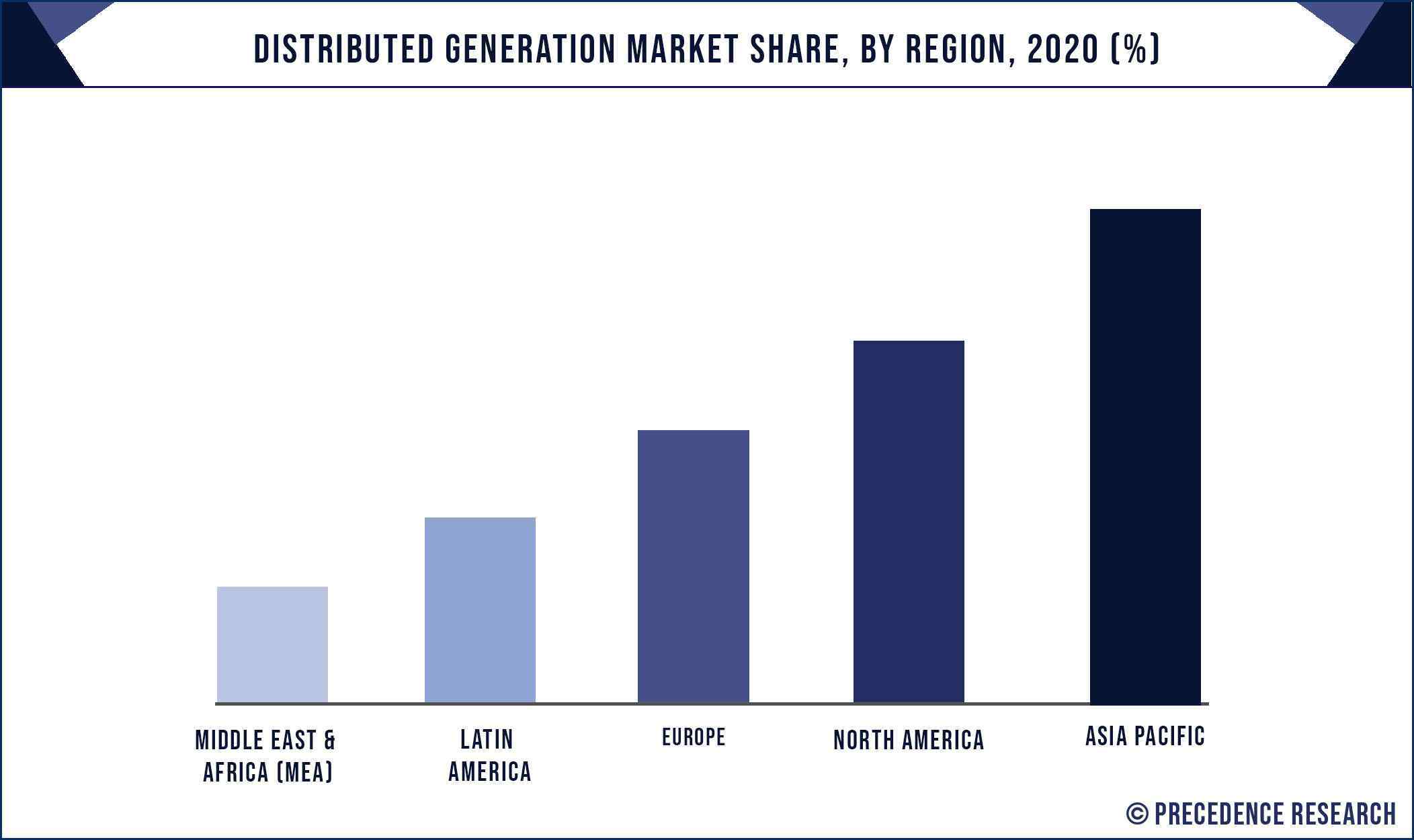 The European countries such as Germany and Italy have huge demand for the wind and solar energy. This is attributed to the strict government norms regarding the use of renewable energy. The fuel cells are witnessing huge demand in overall Europe owing to its higher energy efficiency. The increased awareness regarding the climate change and negative effects of carbon emission has resulted in the huge demand for the clean and green energy in Europe. The government has strict regulations regarding the industrial and commercial use of energy pertaining to the renewable sources, which has fueled the growth of the distributed generation market in Europe.

The distributed generation market is moderately fragmented with the presence of several local companies. These market players are competing to strengthen their market position by adopting strategies, such as partnerships, acquisitions, new product launches, and collaborations. Companies are also spending on the development of enhanced and efficient products. Moreover, they are also focusing on maintaining competitive pricing.

Some of the prominent players in the global distributed generation market include: