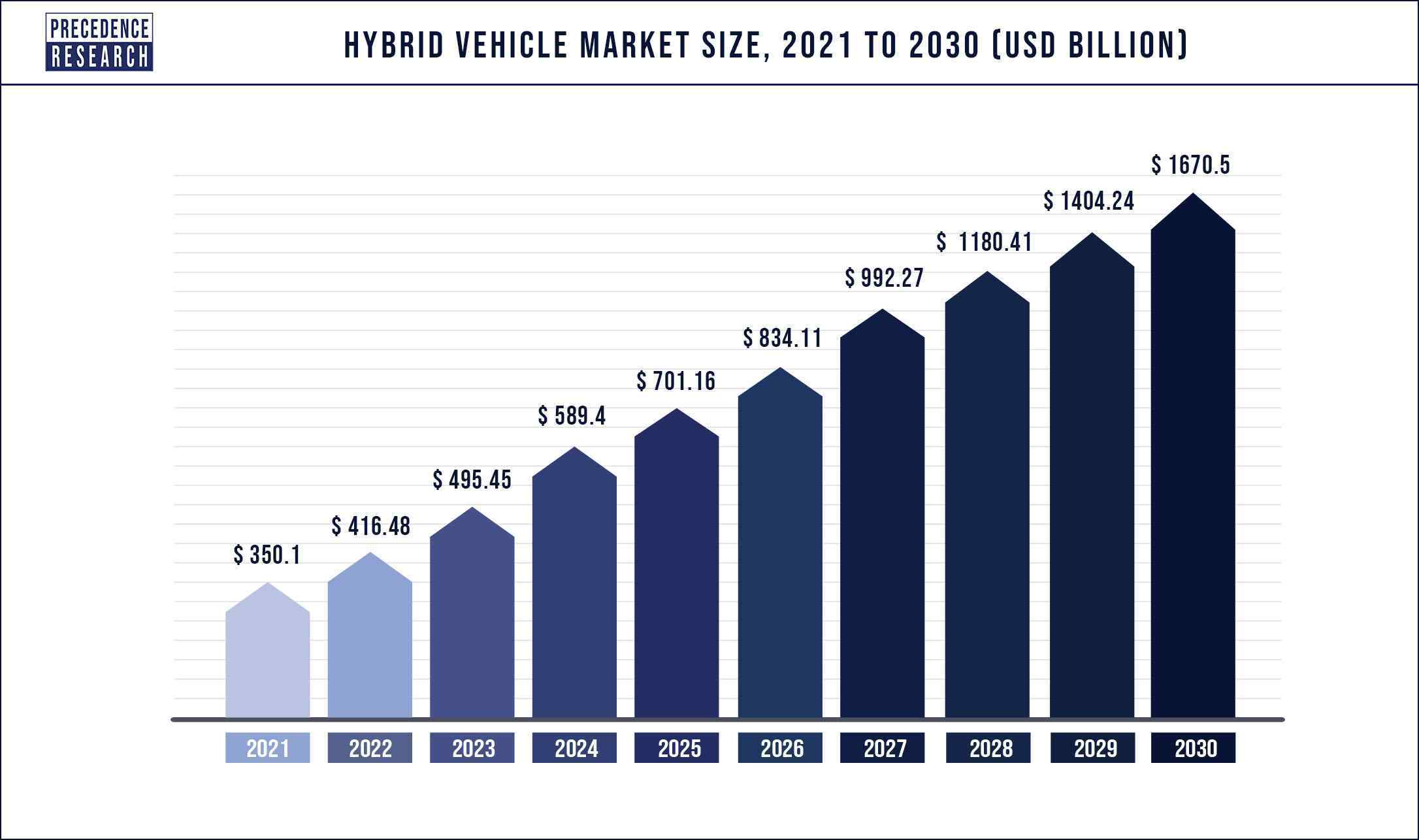 The hybrid vehicles are made with a combination of an electric motor which uses the energy which is stored in the batteries along with the internal combustion engine. The energy which is stored in the batteries is produced with the use of regenerative breaking system. Owing to the pandemic, since there was a major delay in the supply chain and logistics, many producers were forced to stop their production there are a variety of hybrid engine vehicles giving different functionalities. Depending upon the various technologies used, there are different benefits provided by the hybrid electric vehicles. The global increase in petroleum prices have caused automakers to come with the new technology of hybrid vehicles they are now seen as a core segment of the automobile industry future. First, hybrid vehicle made by Toyota was available in Japan in 1997, followed by Honda Insight. Over 17 million hybrid electric vehicles have been sold over the world owing to its production in 1997.

By turning the ICE off, it helps in reducing the wasted energy during idle, so this is one benefit of hybrid electric cars. The regenerative breaking system helps in recapturing the wasted energy. The new technologies have also helped in reducing the power and size of the ICE and in turn they have added extra power to the electric motors to compensate for the loss during the peak power output. These vehicles are more fuel efficient than the diesel or gasoline vehicles. They can reduce the fuel costs dramatically because of their high efficiency. The price of the battery is reducing and hence the market shall flourish.

All the nations across the world are trying to improve their emission norms to make their nation greener and cleaner with the use of more technologically advanced automobiles that emit less pollutants. There is a good demand for electric and hybrid cars. But soaring prices of gasoline poses a challenge to this market. US Has planned the launch of many new hybrid vehicles in the year 2022 for promoting the purchase and adoption of these vehicles. Governments across the world are making more stringent laws for the emissions. Major players in the hybrid vehicles market are mostly from Asia Pacific region, the Asia Pacific region is expected to grow abundantly during the forecast period.

The hybrid electric vehicle uses the regenerative breaking system which makes use of the kinetic. Energy produced by the moving car into the electric energy which is stored into the batteries. Hybrid vehicles also provide dual power which can either come from the engine or the motor, or both Depending upon the functioning of the car. Apart from hybrid electric vehicles, there are other hybrid technologies which use the natural gas as well as propane in combination with the fuel.

Hybrid vehicles can be passenger cars of commercial vehicles. Since the government of various nations is making more stringent laws, the commercial hybrid vehicles are expected to grow during the forecast. Growing awareness about the environment and since the Hybrid vehicles provide fuel efficiency people are purchasing more and more cars for their personal use.

It includes the hybrid electric vehicles, plug in hybrid electric vehicles and natural gas vehicles out of the three, the market size of EV is increasing continuously due to the high volume sales in China, Japan and US. Data developing nations are also. Improving the emission standards there is a growth in the market of the hybrid vehicles. Compared to the natural gas vehicle and the PHEV, the has a better share in the market.

Asia Pacific is going to be the fastest growing market for Hybrid vehicles. In regions like Japan, South Korea. China there has been an increase in the sales of hybrid cars. Many key market players like the Hyundai, Nissan, Honda, Toyota are all from Asia Pacific. The countries like Japan and China have given a major boost to the market as there is a mass adoption of the hybrid cars.

Chief Executive Toshihiro Mibe of Honda stated that the hybrid technology will lead the market for the coming decade. Rising policies and subsidies by the various governments of the nations will drive the market. Tax rebates and incentives are offered for their customers purchasing hybrid cars. Tax exemptions and subsidies are provided to the customers. The demand for the hybrid vehicle markets is on the rise in the developing nations like Brazil, Mexico and India. By reducing the tax rate, the Brazilian government is promoting the purchase of hybrid cars. In order to decrease the greenhouse effect. The governments of Europe and United States. Are making stringent policies. The target of the net zero emissions. Which is to be met by 2050. Also drives the hybrid market. Dubai Roads and Transport Authority had announced that they are going to convert all the caps to hybrid vehicles. This mode of transport is also gaining popularity in the Gulf countries. China has a great production capability of such calls. The key market players in this segment are Toyota. BYD, Mitsubishi, BMW, Honda, Ford and Nissan. Honda, Toyota and Nissan hold an important market share of the global hybrid vehicle market. In order to develop a hybrid vehicle technology. Toyota has announced an investment of around U.S$ 6.2 billion in the year 2021. The Volkswagen Group also announced an investment of EUR 73 billion for the hybrid cars until 2026.The MMRDA in APAC region has signed a contract with TATA for 25 Electric buses.

Some of the prominent players in the global hybrid vehicle market include: