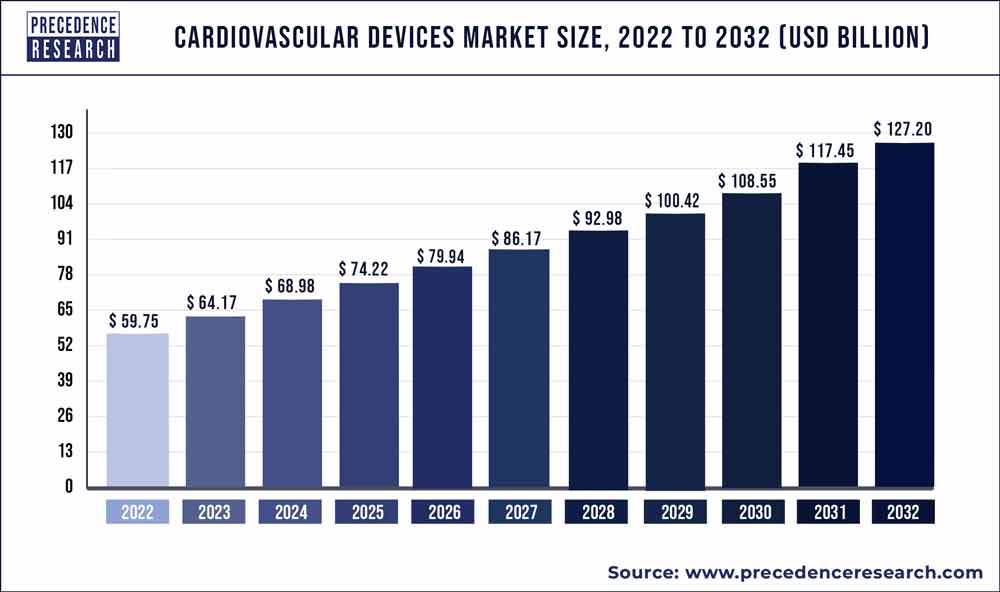 Scope of the Cardiovascular Devices Market

The therapeutics & surgical devices segment dominated the market with 74% revenue share in 2020. This is attributed to the increased number of bypass surgeries across the globe. The increased demand for the cardiac rhythm management devices, stents, and catheters has pumped the revenue generation of this segment. The increased awareness regarding the cardiovascular diseases and easy availability of the devices has fostered the segment’s growth. 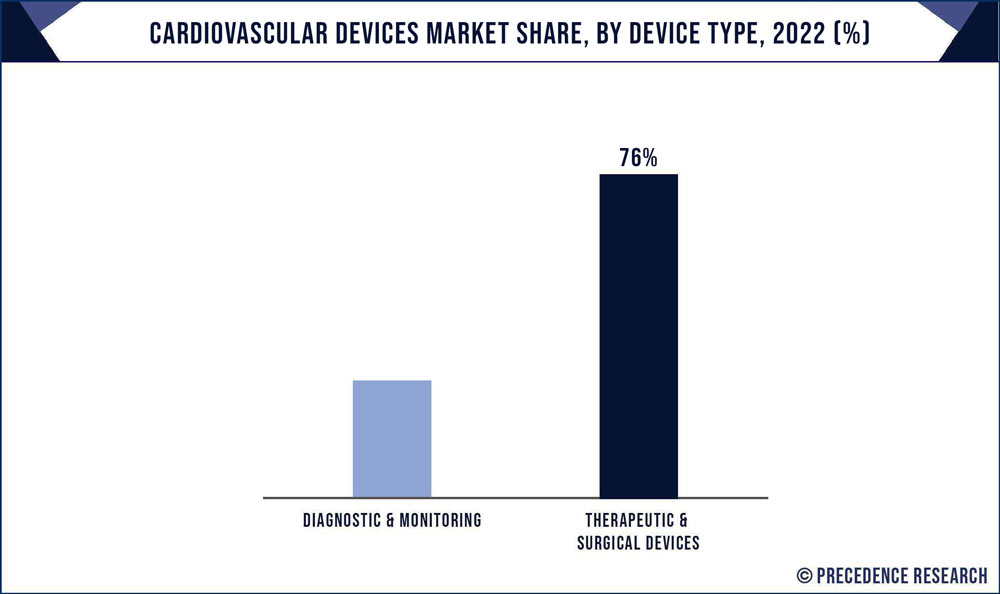 On the other hand, the diagnostic and monitoring is estimated to be the most opportunistic segment during the forecast period. The rising demand for the early diagnosis of the cardiovascular diseases is fueling the growth of this segment. The rising awareness among the population regarding the benefits of the early detection of CVDs and effective treatment availability are the major factors behind the growth of the diagnosis and monitoring segment.

The cardiac arrhythmia is estimated to be the most opportunistic segment during the forecast period. This is attributable to the rising demand for the pacemakers. The growing investments in the development of innovative pacemakers with innovative features are expected to drive the market growth in the upcoming years. For instance, Medtronic launched a pacemaker that has BlueSync technology, in India.

Some of the prominent players in the global cardiovascular devices market include: