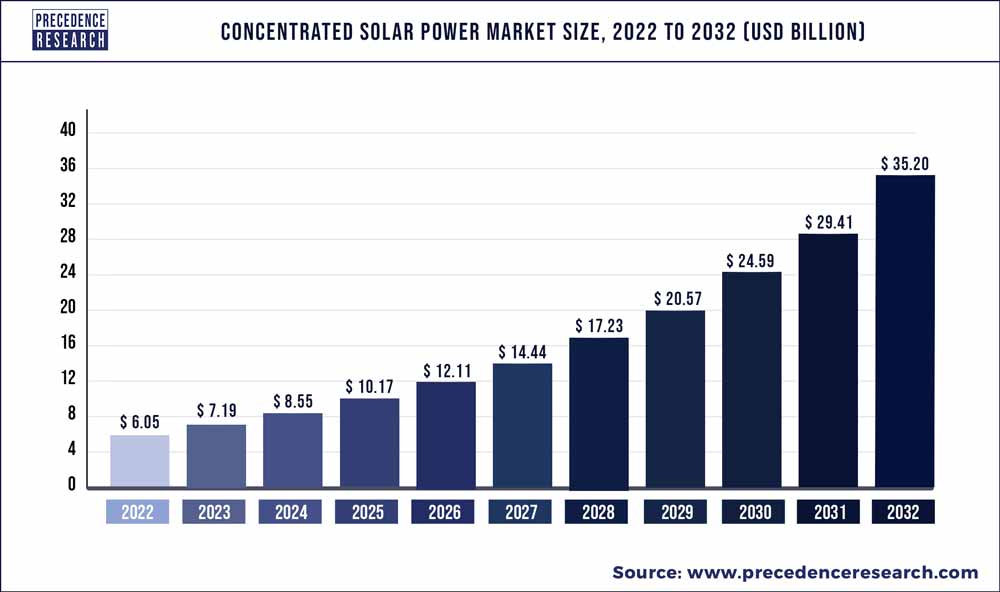 Based on the application, the utility application segment accounted for a market share of around 64%, and dominated the global concentrated solar power market. The concentrated solar power projects in the developing regions like Asia Pacific and Middle East is expected to significantly drive the growth of this segment. The growing need for generating renewable power along with the storage technologies is expected to augment the market growth. The rising number of residential projects in the developing regions and growing demand for the energy is fostering the growth of this segment. Moreover, the government initiatives to encourage the adoption of the renewable energy sources will positively impact the growth.

Enhanced oil recovery segment is expected to grow at a significant pace during the forecast period. The growing adoption of the enhanced oil recovery concentrated solar power technology especially in the crude oil producing regions is the prominent driver of this segment.

The parabolic trough segment dominated the global concentrated solar power market, garnering a market share of around 85% in 2020. This dominance is attributable to the parabolic trough technology being the most advanced technologies among all the available technologies. Moreover, it is the cheapest technology, which has driven the growth of this segment.

On the other hand, the power tower is estimated to be the most opportunistic segment during the forecast period. Power tower is witnessing large scale adoption in the countries with availability of vast land, owing to its improved designs, its economy, and other features.

The linear Fresnel segment is expected to witness considerable growth rate. This is attributed to the rising usage of the cheap glass mirrors and enhanced design. Furthermore, the low installation cost and easy assembling process are the major factor that boosts its adoption across the globe.

The concentrated solar power market is moderately fragmented with the presence of several local companies. These market players are striving to gain higher market share by adopting strategies, such as investments, partnerships, and acquisitions & mergers. Companies are also spending on the development of improved products. Moreover, they are also focusing on maintaining competitive pricing.

Some of the prominent players in the global concentrated solar power market include: