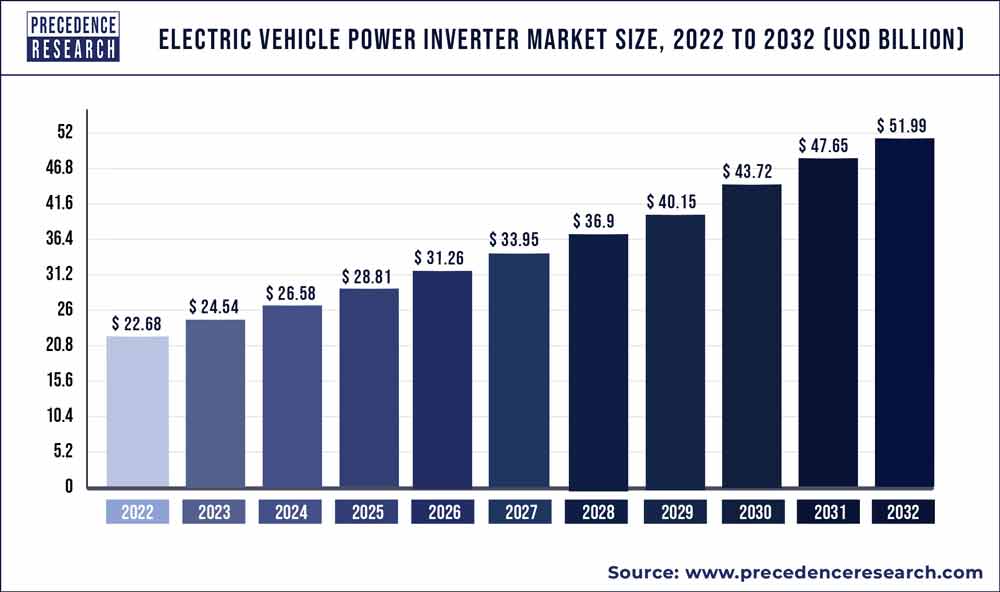 A power inverter is a machine that converts one kind of a voltage to another, such as converting DC voltage input to symmetric AC output voltage or exactly opposite. Produced AC output voltage has a specific magnitude as well as frequency. Inverters of various varieties, including traction inverters as well as soft switching inverters, are used in electric vehicles for a variety of applications. Increasing OEM efforts to develop and introduce electric vehicles as soon as possible are projected to enhance the electric vehicle power inverter market over the forecast period.

The increase in need for electric cars, aggressive government measures for the production of vehicles that run on electricity, and increase in the market for low emission as well as fuel efficient automobiles are factors driving the rise of the electric vehicle power inverter market. The market economy is accountable for the market's growth.  India, China, Brazil, and South Africa all have expanding economies. Thus, the manufacturing sector in these nations saw significant expansion, which is projected to give attractive prospects for the growth of the automotive industry, thereby fueling the market. Furthermore, there is a surge in electric car sales in several developing nations, which is projected to drive the EV power inverter market.

The greatest market share is held by battery electric vehicles in 2021. Increased sales of battery electric cars, as well as the expensive cost of batteries, have demanded the upgrading of inverters and other power electronics, as well as vehicle performance. Companies that carry goods are also replacing their present fleets of vehicles with ones driven by electric propulsion due to the fast-rising use of electric mobility worldwide. Governments all across the globe have taken the lead in developing legislation to encourage the usage of electric cars. With the growing worldwide demand for battery electric cars, the need for power inverters is likely to rise throughout the forecast period. 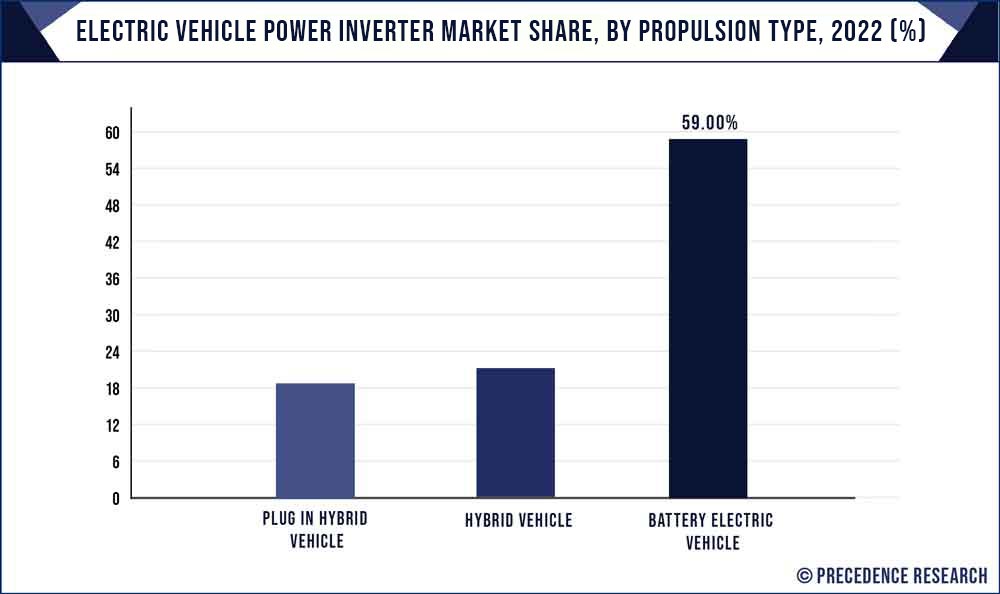 The second-largest sector is Hybrid Electric Vehicles. Hybrid electric car sales have been steadily increasing over the world. For example, 454,890 hybrid car sales in the United States in 2019 compared to 380,794 hybrid electric vehicle sales. In 2019, 0.5 million hybrid cars were sold, representing a 20% increase year over year. Many premium car manufacturers throughout the world are now introducing hybrid vehicles.

Passenger Cars have the most market share in 2021. The inverter regulates the electric motor in an electric powertrain. This inverter, like the engine management system (EMS) in combustion cars, is a critical component in the automobile since it controls the vehicle's efficiency. 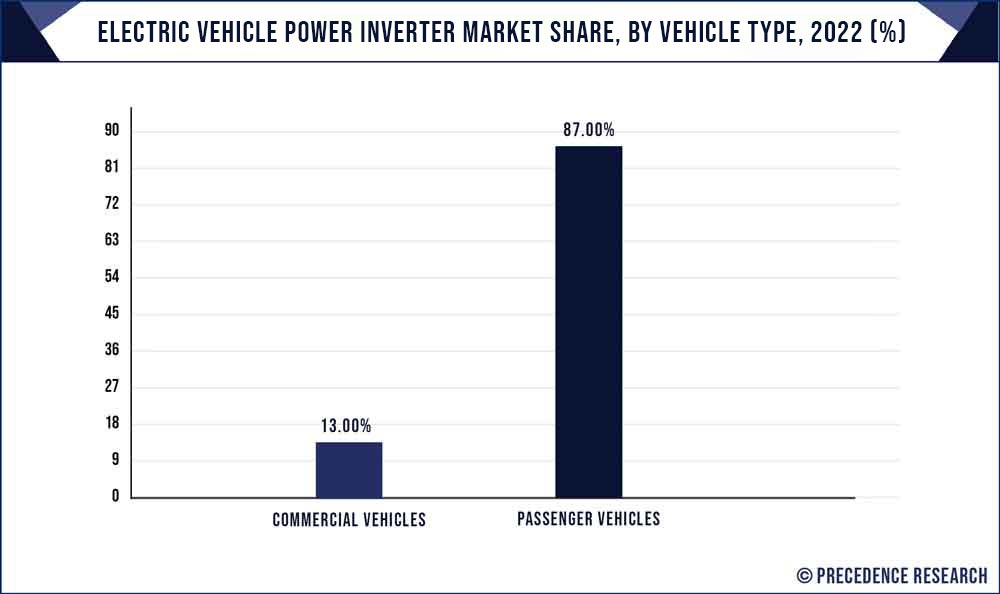 The global market for hybrid, electric, and fuel cell passenger automobiles has been increasing in recent years, mainly to increased demand in North America, Europe, and Asia-Pacific (especially China). Because of planned models from manufacturers throughout the world, automotive electrification is projected to continue during the projection period. These improvements in electric passenger vehicles are expected to open up new potential for participants in the power inverter industry.

Europe is expected to be worth USD 6,500 million by 2030, with a CAGR of 23.6%. Germany is a prominent European vehicle market. It is one of the world's top markets for electric trucks. In Germany, the demand for electric vehicles has been steadily increasing in recent years, paving the way for electric vehicle power inverters. For example, passenger automobile sales have increased dramatically in recent years. Electric vehicles increased by 207% year on year, with 194.4 thousand unit sales in 2020 compared to 63.2 units in 2019. Several alliances, partnerships, and joint ventures amongst component producers are expected to benefit the electric car power inverter industry. For example, on May 22, 2020, VIC, an Israeli technology firm, and ZF Friedrichshafen AG announced a collaboration. The major purpose of the cooperation endeavour is to manufacture inverters for electric automobiles. The above-mentioned causes present potential for producers of electric vehicle components and parts, since demand for components such as electric vehicle power inverters is likely to expand throughout the forecast period.

By Level of Integration