The global EV solar modules market is surging with an overall revenue growth expectation of hundreds of millions of dollars during the forecast period from 2022 to 2030. 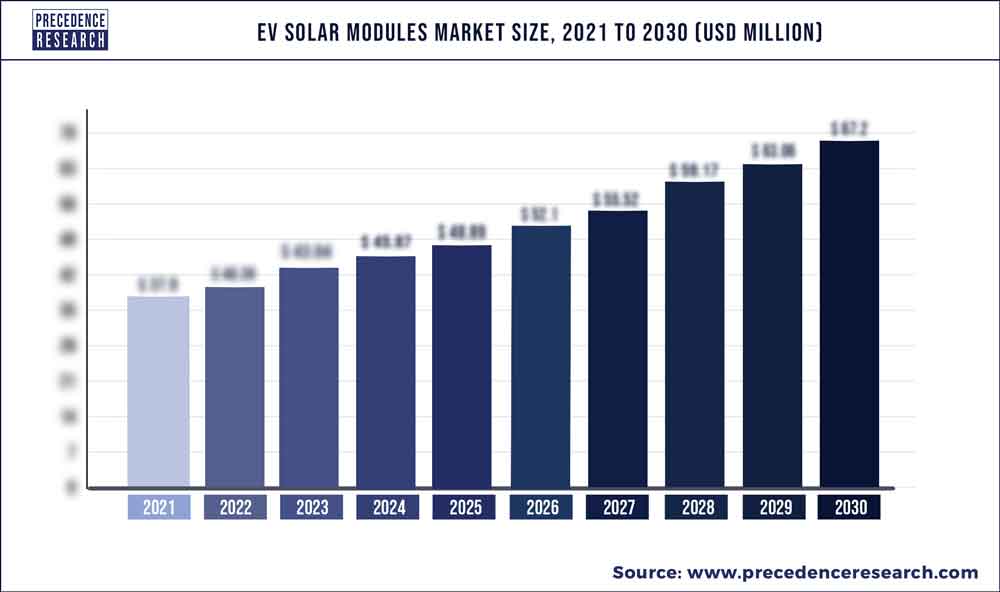 An electric vehicle's solar module is an assemblage of various individual photovoltaic or solar cells joined together in sealed and waterproof packaging. The photovoltaic effect is used by solar or photovoltaic cells to convert solar light energy into direct current, which helps to power the vehicle. Battery-powered batteries are used to power the motor, which in turn propels the moving vehicle. Energy generated by the solar module is stored in the batteries. The importance of using renewable energy in the automobile sector will likely be highlighted by solar modules for electric vehicles.

The market for solar modules for electric vehicles is expected to grow over the forecast period as a result of regulatory authorities throughout the world's growing worries about transportation emissions. The solar module for electric vehicles has undergone several advancements as a result of increased competition between automakers and OEMs to create cutting-edge, high-performance, and efficient machinery.

The monocrystalline category, which has previously led the market with the highest revenue share, is anticipated to have the largest market share in the near years. This segment will also continue to expand strongly in the years to come. Monocrystalline can provide commercial efficiencies ranging from 20% to 24% and is generated with wafers produced utilizing a single crystal growth process. Additionally, this technology has been among the oldest, most reliable, and most efficient forms of producing power. In the upcoming years, demand for monocrystalline solar PV modules will be driven by a few essential factors, including longevity, efficiency, operational cost, and integrated energy per panel.

According to battery type, the lithium-ion sector is anticipated to hold the greatest market share in the upcoming years because it now dominates the industry and will continue to experience strong revenue growth. Due to their ability to give EVs a greater range, lithium-ion batteries have recently gained popularity in EVs and are predicted to have the greatest rate of growth. Batteries made of lithium-ion (Li-Ion) are lightweight and have a higher energy density, which results in a vehicle with greater efficiency and range. The Li-ion battery pack weighs one-third less than a lead-acid battery, which is another benefit. In addition, the charging time is much shorter—about 3 hours or less—than what lead-acid batteries need—to charge. The increasing share of this segment can be due to a number of variables, including these.

According to the end user, the passenger vehicles sector is anticipated to hold the greatest market share in the upcoming years. Due to the modest propulsive force needed by passenger automobiles, battery requirements and solar panel integration are relatively easy. Additionally, it is anticipated that the increasing investment in R&D activities will support segment expansion.

Geographically, Asia-Pacific is anticipated to remain one of the most enticing markets, accounting for the bulk of the market's revenue share throughout the course of the projection decade. There has been a significant increase in the manufacture of solar modules for electric vehicles as a result of growing environmental concerns, the need for affordable solutions, increasing demand for electric vehicles, and the presence of a well-established automotive industry. In Asia Pacific, the majority of automobile sales—including those of electric vehicles—take place. The APAC area is anticipated to have an increase in the installation of electric vehicle charging stations due to countries like China and Japan. Solar module sales will increase as a result of India and South Korea enacting measures to reduce greenhouse gas emissions, which will speed up the development of electric vehicles. Solar panels reduce the amount of power lost during the transmission of electricity from the grid to the automobile, reducing the reliance of an electric vehicle on the power grid. 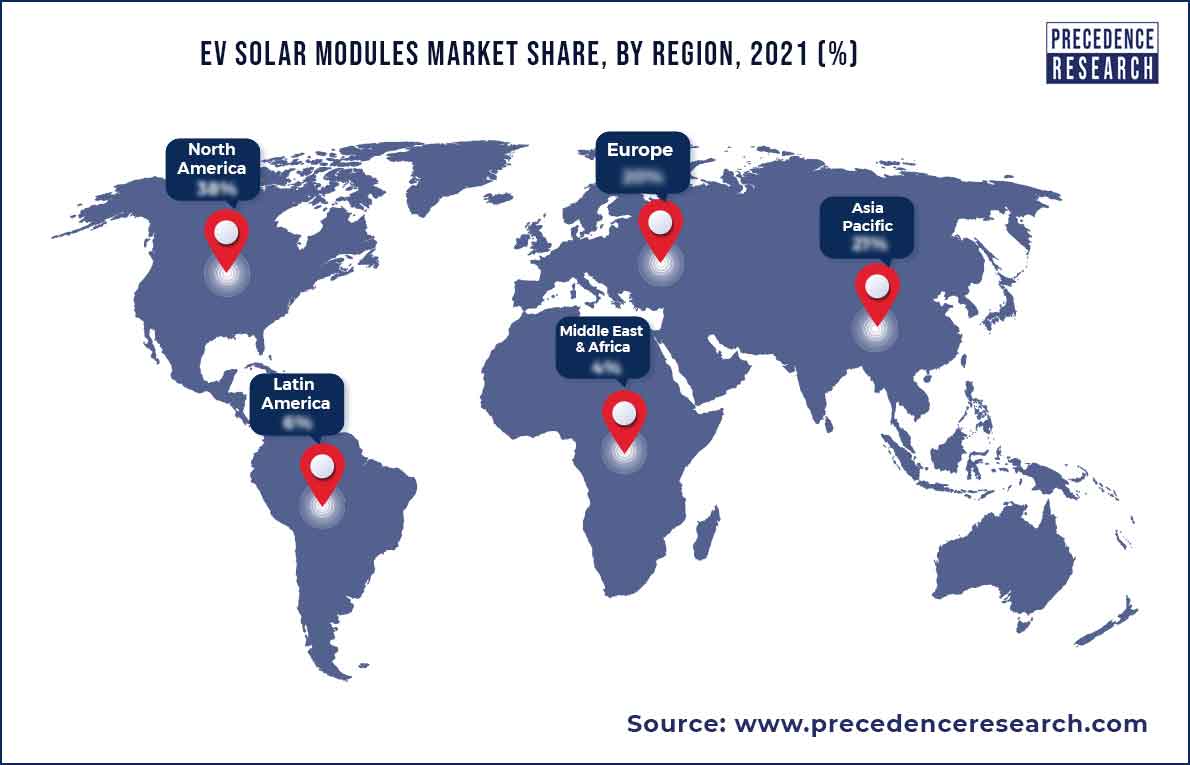 The high percentage of electric cars (EVs) in the Europe region is due to favorable government support in the form of subsidies and strict emission standards. For instance, the Dutch government decreased registration prices for plug-in hybrid vehicles by over 7%, and by 2030, only zero-emission vehicles would be sold in the nation. People are choosing alternative fuel vehicles to reduce vehicle emissions as a result of rising consumer income levels and increased awareness of the damaging impacts of rising pollution levels on the environment. Furthermore, the government has been forced to take the required actions to reduce carbon emissions as a result of the rising pollution levels brought on by the fast industrialization of countries like Germany, Italy, and France. Therefore, the government's restrictions on car emissions are significantly contributing to the expansion of the market for solar vehicles. Electric vehicles are more efficient when solar panels are integrated into them, which could result in a large adoption of these vehicles in Europe throughout the projection period.